China Rules Twitter With an Army of Fake Fans 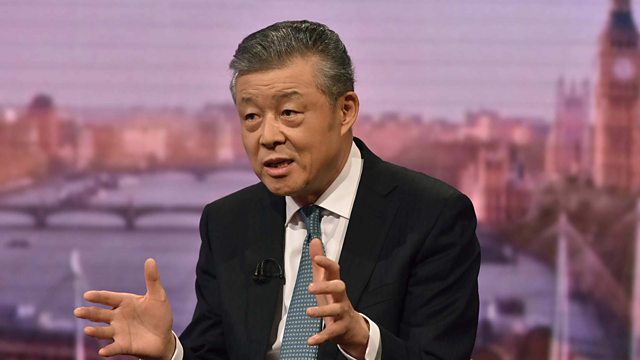 Liu Xiaoming has garnered a major following on Twitter, but it is now common knowledge that most of these shares are actually done by paid subscribers or 'fake fans.' (Image: via BBC)

In this age of social media, such as Twitter, and being an influencer, many country’s government officials are jumping on the bandwagon to stay in touch with the people, and the world, via various social media platforms. Among these sites, Twitter is probably the most popular and well-connected platform. This social media platform uses 140 characters and the hashtag culture to set anything trending.

Many genres of the hashtag — ranging from music to politics — have trended across the globe, all thanks to Twitter. In fact, it is probably the best way to spread a story or share some news or thoughts. But many countries have banned certain apps and platforms, preventing their citizens from sharing their stories or reading about the world on an interactive platform. One such country that is practicing Internet censorship is China. Yet the former Chinese ambassador to the United Kingdom, Liu Xiaoming, joined the messaging platform Twitter in 2019.

He is considered China’s finest soldier in the online social media battleground. But his success soon after joining the platform raised eyebrows. Some probing around has fetched some really surprising results. The major popularity of Liu Xiaoming’s tweets is said to be fake.

Along with the Great Wall, China has also built The Great Firewall. This Great Firewall has become the Chinese government’s main weapon for controlling Internet usage. Controversial and critical information is not allowed to be reported so that the citizens are kept in the dark. In fact, China has the highest number of imprisoned journalists and cyber-dissidents in the world.

Apart from a few government-controlled sites, major online Western platforms and social media websites are blocked in China. People cannot access these sites without going through the illegal route of using VPNs. This censorship has prevented Chinese citizens from accessing information from various Western social media sites and utilizing the benefits provided by Google, Facebook, Twitter, Instagram, etc. While these are banned, locally created apps like TikTok, Weibo, WeChat, etc. are provided to the citizens. Hence, when a Chinese government official took to Twitter and immediately massed a large following, it was a surprise.

The culture of manufacturing tweets and posts on Twitter

Governments often manipulate news and manufacture “facts” as part of their propaganda. With the online sharing of information made easier by using social media, this process of fake news and manufactured support has become much easier. President Xi Jinping had made no efforts to mask his intention to make China a global power and this dream of global domination has caused members of the Chinese Communist Party (CCP) to join the Western social media culture.

Since his joining Twitter and Facebook in 2019, Liu Xiaoming has garnered a major following and has posted tweets condemning Western anti-Chinese thoughts — his words have been retweeted many times within seconds. It is now common knowledge that most of these shares are actually done by paid subscribers or “fake fans.” The evidence was presented by the Associated Press and the Oxford Internet Institute after conducting thorough research for seven months.

This report highlights the fact that this fan following of Liu Xiaoming and his confrontational tweets is manufactured. Fake fans who are paid to follow the like, charge, and comment protocol have helped Liu spread his brand of propaganda. These fake accounts are in fact banned by Twitter. But this did not stop it from amplifying Chinese propaganda. These fake accounts include impersonating people from various corners of the world.

The sending of these tweets and posts often manipulates the website’s algorithm, which further causes an organic traffic influx from real users. Once a fake fan amplifies a certain hashtag, many real users pick it up, and seeing the person’s profile, they fall into the narrative created by the government.

China’s advance on Western social media is one part of a much broader infrastructure of influence that has shaped how Hollywood makes movies, what Western publishers print, and what overseas Chinese-language media outlets communicate to China’s vast diaspora.

Anne-Marie Brady, a professor at the University of Canterbury in New Zealand and an expert in Chinese propaganda, said people may not even realize that information they receive has been, in part, framed by China’s ruling Communist Party.

“The propaganda system is vast, and it has incorporated Western social media,” she said. “It has helped to reshape perceptions of China. It may not uniquely create a positive image of China, but it creates hopelessness that anything can be done about what China is doing to our democracies.”