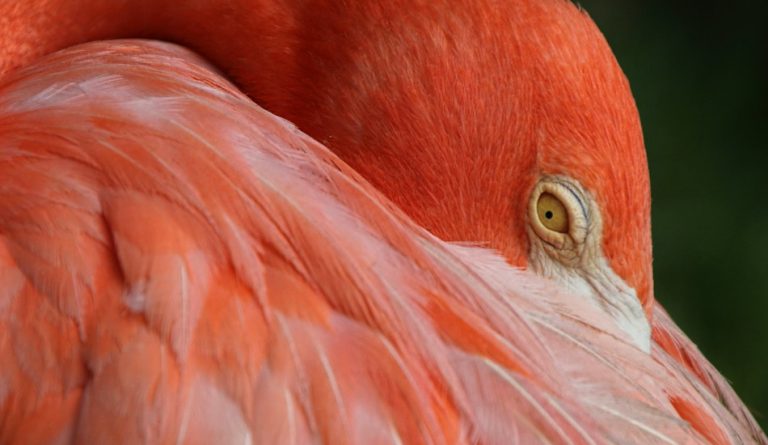 Explore the world through rose-tinted glasses. The adorable Flamingos are natives of the Mystical Pink Universe come to planet Earth to adorn our lives — for which we are very grateful. (Image: via pixabay / CC0 1.0)

We all know that color can have an effect on our mood. Whether bathing in a calm blue ocean or walking within a soothing green bamboo forest or that feeling of awe we get while standing in front of a gold temple.

Color signifies many things in nature, such as the changing of the seasons. Whether it is deep orange leaves for fall or bright pink blossoms for spring. Sometimes, color can communicate a warning or an invitation. Here are some places to explore across our globe spotlighting pink.

Found in the Cape Floristic Region, the King Protea, named due to its resemblance to a crown, is the largest of all proteas. It is South Africa’s national flower. Proteas are considered to be among the oldest families of flowering plants on the planet, dating back approximately 300 million years. The Cape Floristic Region is one of 6 recognized floral kingdoms in the world and one of the most biologically diverse regions on earth.

Puri Jati is one of the best diving sites for macro life. Sea Pens (colonial marine cnidarians) are named for their resemblance to antique quill pens. The sea pen may look like one animal, but it is actually made up of many separate animals called polyps living in a colony. Colors vary from bright yellows, pinks, and orange to white, plus many glow in the dark. Diving at Puri Jati is an underwater photographer’s dream.

This apartment complex in Manzanera, Calpe was designed by Spanish architect Ricardo Bofill. The design inspiration came from the architecture of a North African fortress.

The outer walls are in different hues of red and pink. Blue is used on central courtyards and violet for staircases, bridges, and retaining walls.

There are 50 apartments of varying sizes in total. Calpe is also known for its quality seafood and the peculiar landscape of Peñon De Ifach, or Rock of Ifach. It is a massive rock that protrudes 332 meters above sea level right by the coast.

Las Coloradas means “blush red” in Spanish and it is situated on the eastern coast of Mexico in a small fishing village with a population of 1,000. The salt lakes are a vibrant pink color from the red-colored algae, plankton, and brine shrimp that use the salty water as their habitat.

Right next door to the Malaysian Prime Minister’s office is the stunningly beautiful Putra Mosque (Masjid Putra). It is made of rose-tinted granite and combines traditional Malay and Middle Eastern architectural styles; it holds up to 1,000 worshippers. Putrajaya is 25 miles away from Kuala Lumpur.

Nakuru means “Dust or Dusty Place” in the Maasai language. Lake Nakura National Park is famous for its thousands, sometimes millions of flamingos nesting along the shores. Flamingos get their pink from eating shrimp and algae that contain carotenoid pigments.

One of the most beautiful ancient stone arch bridges in China is the Haoshang Bridge. The bridge is found in part of the Mount Emei Scenic Area, a UNESCO World Heritage Site that also includes the world’s largest Buddha statue. Leshan is a city of more than 3 million people located 120 km south of Chengdu.

Kyoto has many sweet stores that are filled with Wagashi — traditional Japanese confectionary that is typically enjoyed with green tea. Made from bean paste and vibrantly colored, they are sculpted into gorgeous little shapes inspired by the season.

Tan Dinh Church Saigon is a Roman Catholic Church in Ho Chi Minh City. It’s over 150 years old with Gothic architecture featuring Roman-style designs. There are two huge bell towers and Italian marble altars. So naturally, this striking building gathers crowds of tourists and local youths regardless of religion who come to pose for photos.