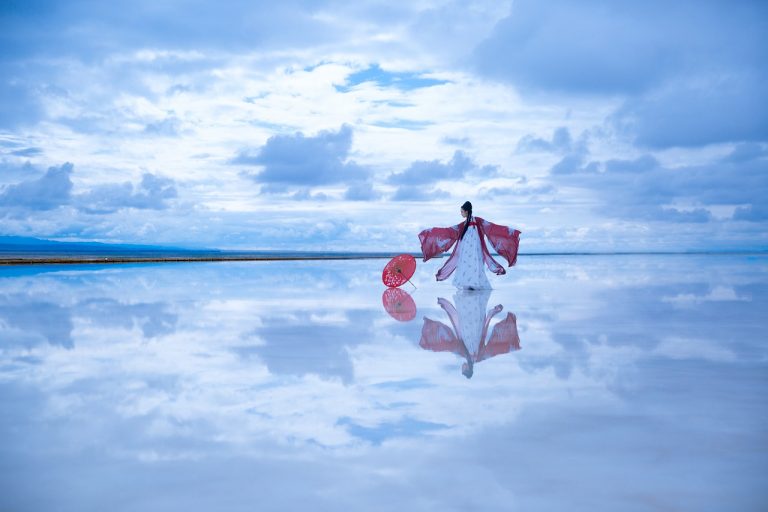 He Zhenfu was as beautiful as the flowers, virtuous, kind, and well-versed in writing poetry. (Image: via Max Pixel)

The following is a sad love story from China’s Warring States Period. Han Ping was a member of the court of Kang Wang, the King of Song State. Han’s wife, He Zhenfu, was as beautiful as the flowers, virtuous, kind, and well-versed in writing poetry. Desiring her for her beauty, Kang kidnapped He Zhenfu and brought her to the palace. Then he convicted and imprisoned Han for no reason. Later, Kang sent Han to Chengxi for hard labor to repair Qinglingtai.

He Zhenfu compared herself to a magpie, an affectionate bird always flying and then nesting together with her partner. To show her fidelity to Han, she wrote two poems called Song of Magpies: “There is a magpie in the southern mountain, and somebody sets up clap-net traps in the northern mountain to catch it. As the magpie flies high, what can the clap-nets do to the magpie! The magpie loves to fly with its partner, rather than a phoenix….”

The two poems created by He Zhenfu formed a set with four characters in each line in a steadfast and straightforward tone. The first poem of using the northern mountain’s clap-nets to capture the southern mountain’s magpie shows that it is impossible for Kang to break the couple apart. The second poem states that the magpie is not flying with the phoenix, a metaphor signifying that she is poor and humble and will never love the powerful King of the Song State. With appropriate techniques of metaphor, the author powerfully describes her courage, never being greedy for wealth, and her lofty sentiments of being loyal to her love.

The sad love story of He Zhenfu and Han Ping

Later, He Zhenfu sent a letter to tell Han of her sadness and to make an appointment to commit suicide together for the sake of their love. Soon, Han died by suicide. Later, when Kang took He Zhenfu on a tour of Qinglingtai, she jumped off the high tower. Kang’s imperial guard quickly grabbed for her, but failed to stop her because her garment had frayed. Thus, He Zhenfu fell to her death.

She left a letter to Kang, hoping to be buried with her husband after death. But after reading the letter, Kang burst into anger and ordered that they be buried separately, making the two graves face each other. Surprisingly, the next day, a tree was growing on each grave. After 10 days, the trunks of the trees were as thick as one’s arm. Their roots connected with each other underground and their branches interlocked with each other above. A pair of birds always perched on and lingered around the trees all the time, crossing their necks and uttering sad calls.

What a tragic and sad love story of Han and his wife!

The ancient Chinese regarded marriage between a man and a woman as a combination of yin and yang. Men are yang, and women are yin. Once the man and the woman get married, the two hearts are united, regardless of wealth or poverty, and they never separate and are loyal to each other forever.

Therefore, at the wedding, the couple would bow to Heaven and earth so that Heaven and earth would acknowledge their vows. Then they would bow to their parents who likewise gave recognition of their union. Finally, they would bow to each other with mutual affinity, becoming united as one, connected as one, never again separate, always keeping each other company, and sharing both joys and sorrows. The couple in marriage should maintain their marital fidelity and live up to the commitments made on the wedding day, no matter what life brings.