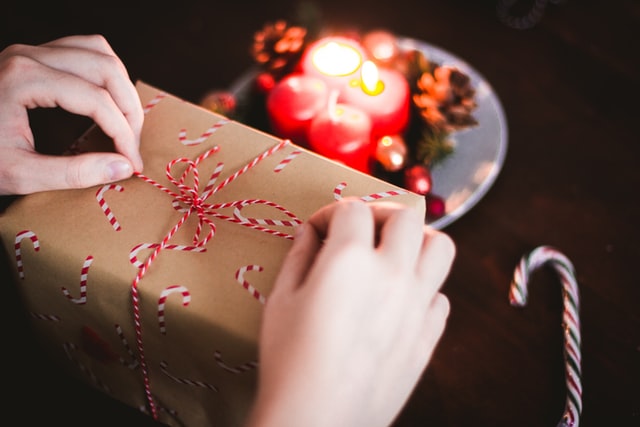 Since ancient times in China, during festivals and celebrations, people would always exchange gifts as a means to bond with each other and show appreciation for each other. (Image: Kira auf der Heide via Unsplash)

On the face of it, the ancient expression “sending goose feathers for a thousand miles” seems odd and incomprehensible. So what is the origin of the phrase and how do we make sense of it for our times?

Since ancient times, China has been known as a nation of etiquette and has attached great importance to courtesy and having good manners. Therefore, during festivals and celebrations, people would always exchange gifts as a means to bond with each other and show appreciation for each other.

The crucial thing in giving a gift is to make the recipient feel the sincerity of the giver. As the old proverb goes: “A gift of a goose feather from a thousand miles is a gift that is light on the heart.” It lifts the spirit.

‘Sending goose feathers for a thousand miles’ is an ancient proverb

On his way to Shin Yang Lake, he took the swan out of its cage and tried to bathe the swan. To his horror, the bird escaped and flew away, leaving only a feather behind.

The envoy, Maeng Bo Gao, had no choice but to present the feather to the Emperor of Tang. In order to seek forgiveness from the Emperor, he wrote a poem to accompany the feather.

The poem goes: “The goose was sent to the Tang Dynasty, but the mountain was high and the road was far; at the lake in Xin Yang, it was lost and he fell to the ground and cried; he reported to the Tang Emperor so that he could forgive Maeng Bo Gao; his courtesy is sincere, a small gift, and with it the best wishes of the giver. And he sends the goose feather a thousand miles away.”

Additional sources of the proverb

Ouyang Xiu was a literary genius at the time, and Mei Shengyu was a famous poet who lived in Xuancheng, and the two were best friends who always kept in touch with each other.

In this poem, the word “duck’s foot” refers to the fruit of the ginkgo, which is also known as the duck’s palm leaf because of its resemblance to a duck’s palm. When Xuancheng was fruitful in producing ginkgo, Mei Shengyu picked the fruit himself and sent it to his friend Ouyang Xiu.

After receiving the ginkgo, Ouyang Xiu wrote the poem and sent it to his friend in gratitude, in which he used the phrase “a gift of goose feathers for a thousand miles, the importance of the person.” This implies the preciousness of the ginkgo and the deep appreciation of Mei Shengyu for his friend.

Therefore, the phrase “sending goose feathers for a thousand miles” or “a thousand miles of goose feathers” refers to the giving of a small gift from far away, yet meaning that the gift is lighter, or less important than the sentiment of friendship and good wishes it conveys. This phrase is also used today as a humble way of giving someone a gift.

In China and in the Western world when giving a gift, it means you are appreciated more than words can ever say and that it’s given truly from the heart: “It’s the thought that counts.”

So the ancient Chinese expression “sending goose feathers for a thousand miles” at first may seem strange, but it had a humble origin and a very sincere meaning — a gift from the heart.