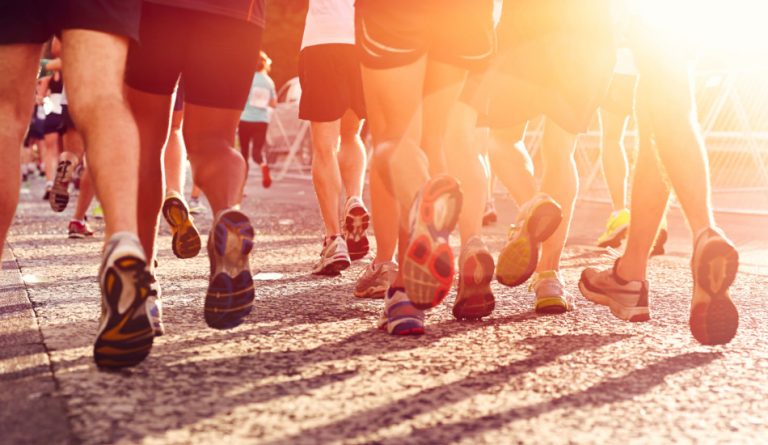 The ultramarathon held in Gansu, China, on Saturday, May 22, met with extreme weather that killed 21 runners. (Image: Warrengoldswain via Dreamstime)

The Gansu ultramarathon held on Saturday, May 22, met with extreme weather that killed 21 runners. Among those who survived was Zhang Xiaotao, ranked as one of the top six runners in the race. Zhang Xiaotao wrote a message on the Chinese social media site Weibo thanking his savior, Zhu Keming, a shepherd, for rescuing him and saving his life.

The 62-mile (100-kilometer) race kicked off at 9 o’clock in the morning from the Yellow River Stone Forest in Gansu, China, and the route would take runners through canyons and mountainous terrain, reaching elevations of over 6,600 feet.

Zhu Keming, a shepherd from Changsheng Village of Baiyin City in Gansu Province, had watched the Gansu ultramarathon several times in the past.  This year was no exception, as the place where he used to graze his sheep is along the route of the race.

The weather turned cold with heavy rain, hail, and high winds during the Gansu ultramarathon

According to Zhu, the weather on Saturday was not good. Soon after the Gansu ultramarathon started and toward midday, it began to rain heavily, with hail and high winds. It became freezing cold as the temperature plummeted. Zhu took refuge in a cave, a place where he often rested while grazing his sheep. Inside the cave, he kept some clothes and bedding, and he also stored some dried food there.

At about 2 o’clock in the afternoon, Zhu heard some noise outside the cave. When he went out to check, he saw a stricken runner suffering from leg cramps. He helped the runner into the cave and massaged his hands and feet.

Zhu Keming said that the runner wore light clothing and was soaking wet, but he was still conscious.

By this time, it was still raining and foggy. Zhu estimated that visibility was less than 65 feet. Subsequently, four more distressed runners made it to the cave.

Two were female runners. Both were shivering. When Zhu asked them to take refuge inside the cave, one of them had reservations about Zhu’s intentions and walked away. For the other female runner, when Zhu mentioned that there were also other distressed runners inside, she entered the cave. When she found nothing unusual, she trusted Zhu and quickly called for her female friend to turn back. Thus, these two survived.

Zhu Keming then lit a fire inside the cave to warm the runners up and dry their clothes. During their conversation, Zhu learned that there were still others trapped outside on the mountain, so he left the cave, heading into the extreme weather to search for them.

It was at this time that Zhu found Zhang Xiaotao unconscious — his body was extremely cold. He quickly brought Zhang back to the cave, took off his wet clothes, and wrapped Zhang in a quilt. An hour or so later, Zhang regained consciousness.

It is said that Zhang Xiaotao was among the top six runners before he collapsed in the cold from hypothermia. Of those six, only Zhang survived, while the other five died from the extreme weather.

At 3 o’clock that afternoon, Zhu called a friend and asked for help. It was later at 5 o’clock in the evening that rescuers arrived at the cave with quilts, water, and food.

Zhu Keming told state media: “What I did was just an ordinary thing. They have good destiny and received blessings during a disaster. Even if I was not in the cave, and if they walked into the cave, at least it is not as cold as being outside and they still could have held on for some time.”