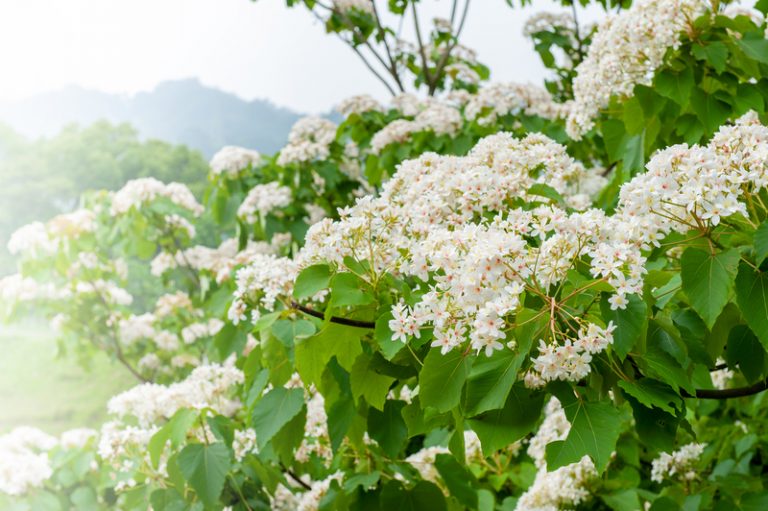 Everything has an original divine spark and spirituality. There are myriad accounts both from antiquity and in modern times of how plants, animals, and other things respond to human kindness. (Image: Chuck Chu via Dreamstime)

Everything has an original divine soul and spirituality. There are many records from antiquity about plants and objects having wisdom and consciousness.

The following is an ancient Chinese record about plants knowing human thoughts. In the courtyard of Xingshan Temple in Chang’an City, there were several green tung trees that were planted by the monk Su.

During the Yuanhe period of Emperor Tang Xianzong (A.D. 806-820), the officials often visited this courtyard. Green tung trees secreted sap during the summer, and this got on the officials’ clothes and couldn’t be washed off.

One day, several officials, including Zheng Xiang of the Zhao Kingdom and Cheng Lang, came for their summer retreat. Disliking the sap dripping from the tung trees, they asked monk Su: “How about we cut down these tung trees, and plant pine trees for you?”

In the evening, monk Su jokingly said to the tung trees: “I planted you over 20 years ago, and people are disgusted by your sap. If you secrete sap again next year, I will definitely burn you as firewood.” Since then, these green tung trees have never secreted sap.

Everything has soul and spirituality, all elements have thought, and of course, so does water.

There was a spring in the east of Taihang Mountain and it tasted sweet. The shape of this spring was naturally shaped like a well, and the body of the well was a whole chunk of rock.

Anyone who wanted to drink the spring water had to abandon an evil heart and kneel down to scoop the water, and the water would gush out like a stream.

People could drink as much as they needed. But if people had evil thoughts and were arrogant, the spring would retract and the water would not flow out.

In modern times, it seems that humanity has rediscovered a direct soul-to-soul connection with our friends in the flora and fauna kingdoms.

Until very recently, people who talked to plants, trees, or animals were often looked down upon and called “tree huggers” and in the MSM, such individuals were considered eccentric, oddball, and spacy individuals.

With the growing emphasis on environmentalism, clean air, clean water, and organic food, it is now considered cool to care for and talk to plants and animals and care for the environment.

Prince Charles is one of those individuals who was the recipient of those barbs and tags for many years. “Years ago when Prince Charles mentioned that he talked to his plants, people rolled their eyes. Only those of us who worked with or had a connection with them knew why talking to plants really can make a difference — for both you and your plants.”

Talking to and taking good care of plants and animals is now considered therapeutic for both the plants and the people, as well as the planet. During the summer months, it is not unusual for householders, as well as professional and amateur gardeners, to stay out all day until late in the evening tending and watering their much-beloved flowers, shrubs, and bees.

Taking good care of plants and animals has found its way into the commercial world.

There are myriad accounts, particularly in the last several decades, of farmers playing classical music to their animals to keep them calm and happy. In particular, dairy farmers have found that cows produce more milk and are more contented when classical music is played to them. Poultry farmers are finding the same with free-range chickens producing healthier eggs.

Books, magazines, and periodicals that show people how to talk to plants and animals are very much in vogue.

“In a study performed by the Royal Horticultural Society, researchers discovered that talking to your plants really can help them grow faster. They also found that plants grow faster to the sound of a female voice than to the sound of a male voice. Other studies have experimented with different sound levels and even the kinds of things that are said to plants.”

It seems that all things have a soul and awareness. There is vitality and growth in the giving and receiving of kindness to all things. Kindness seems to be the universal language.