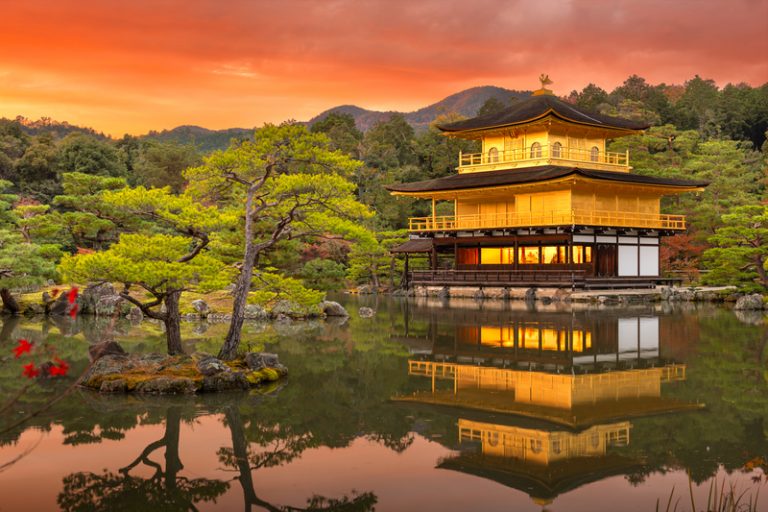 Biophilic design that utilizes natural materials, patterns, and phenomena to maintain a connection to nature within the built environment. (Image: Sean Pavone via Dreamstime)

Known to every schoolchild the world over as the Land of the Rising Sun, if you are one of those people that has an enthusiastic interest in Japanese culture, or have any misconception about Japan, we recommend you read an article called 138 Types of Japanese Culture

Japan is a country where there is a yellow lane for the disabled on every road; nurses kneel to talk to patients; a small restaurant with a dozen seats would have baby chairs; the restrooms would have various air fresheners; an 80-year-old lady would not walk out of her home without makeup on.

Japanese culture is Eastern and its strength lies in its high-quality national educational system and its system of clearly defined laws. It has no industrialization of education. University education and gold worshipping are not compatible; education comes well ahead. Japan has virtually no illiteracy.

Take a look again at Japan and Japanese culture from a new and special perspective and you will find it difficult not to be very impressed. Even if the government cabinet was to collapse tomorrow, the Japanese as a nation would remain peaceful. Political power could change hands rapidly, and parliamentary party disputes may continue, but it has never once resulted in rising prices, group corruption, official rebellion, or social unrest.

People who have been to Japan either admire it or hate its formality and the people’s seeming aloofness to foreigners, but rarely do people look down on it. Its democratic system based on quality education is rock solid, and therefore, the shifting of political power will not cause a national crisis.

1. Well-known institutions of higher learning are strong and independent

Japan’s Ministry of Defense once offered to help the university of Tokyo improve the flight performance of the C-2, the Self Defense Forces’ (SDF’s) next-generation transport aircraft.

However, the University of Tokyo declined the offer for one reason: It violates the university’s policy of “prohibiting military research,” which was established in 1959. That policy is more than half a century old, and the presidents of the university only have to stick to it and not give into power.

The Yokohama District Court recently made a ruling prohibiting SDF aircraft from conducting morning and night flight training at the military base at Kanagawa.

In recent years, the residents around the base have been disturbed by the noise of the aircraft, so they filed a lawsuit with the Yokohama District Court. The court found that the noise posed a hazard to the lives and health of the people around the airbase.

You have to admit that a local court deciding what the military can do at the biggest airbase in Japan is a powerful sign of judicial independence. You can’t help but say: “This is a society ruled by law.”

What is your impression of Japan so far? It’s a country where even the toilet seat has to be kept at a consistent temperature, a country where there is a yellow lane for the disabled on every road, a country where nurses have to kneel to talk to patients, and library staff have to stand up to serve patrons.

What are the indicators of civility in Japanese culture and society? Isn’t it how a country treats the mentally ill, the disabled, and the disadvantaged? If so, Japan has done a superior job, and therefore, when you ask tourists about their deepest impression of Japan, they say: “Civilized and clean.”