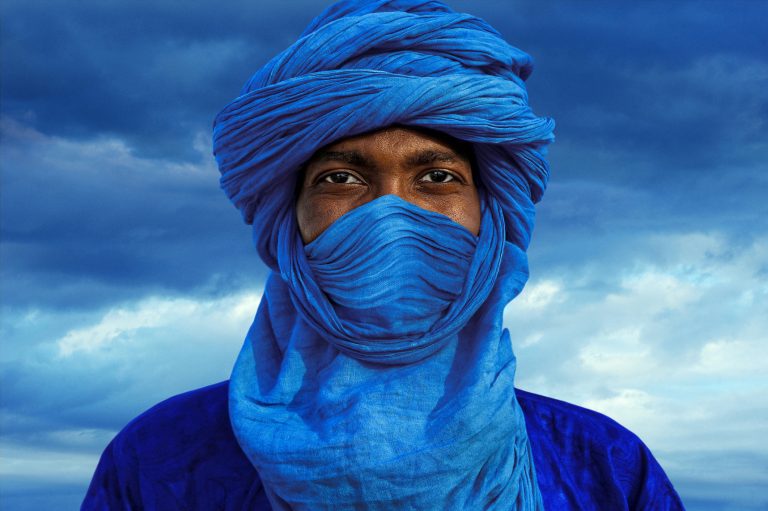 We live in a world saturated by color. Colors are forever communicating things to us. In nature, they might tell us when a red tomato is ripe to pick, or the changing of seasons. They can also convey two completely different meanings, depending on what part of the globe you reside in.

In the West, blue has been a color associated with sadness — ever heard of the expression “feeling blue“? It also represents trust and responsibility. In the East, blue silk strips — (hadag) are used to greet elders and pay respect in Mongolia. In this culture, it is the most sacred color, representing the eternal blue sky. Mongolia is also known as the Land of Blue Heaven.

Different tones or hues can change the meaning. Light blue can make one feel calm and relaxed, yet bright blue is energizing.

Lake Moraine is the most beautiful glacially-fed lake in Banff National Park, Canada. June and July are the recommended times to visit. The lake is normally frozen, but by then it should be melted, and you can see it in all its stunning azure brightness. The alluring blue of the water is caused by the refraction of light on sediments, or rock flour, that are deposited in the lake by surrounding glaciers.

The blue-footed booby has to be one of the animals most likely to put a smile on your face. This iconic animal is found on the Galapagos Islands, Ecuador, as he stomps around showing off his wonderful blue feet in a ritual used for mating. The feet are blue due to carotenoid pigments from the birds’ fresh fish diet. The birds are judged by prospective mates from the quality of the color in their feet — brighter blues are an indicator of good health.

The Great Barrier Reef is the largest coral system in the world. It features 900 islands and over 2300 individual reefs within a 1,430-mile stretch (total covering 133,000 square miles). It is off the coast of Queensland in Australia.

It is every diver’s dream. This iconic Heart Reef is a glorious composition of coral that has naturally formed into the shape of a heart. It is found in the Whitsundays. You can fly to Cairns and drive south to visit the Whitsundays, or you can explore David Attenborough’s interactive website on the Great Barrier Reef, if that option is not available to you.

Life in the magnificence and harsh conditions of the Sahara is all about survival. The Taureg men wear the indigo blue tagelmust turban and veil to protect them from sands, heat, and wind.

The indigo color aims to reduce the effect of UV radiation from the Sun. The headwear is exclusive to Tuareg males and also signifies they have reached maturity. The boy in this picture is yet to come to this stage, but the Taureg man wears one in the featured image.

The azulejo tiles that cover the outside of the Capela das Almas in Porto, Portugal, are an awe-inspiring sight. It is a fantastic example of these tiled buildings that are found all over Porto and are typical of Portuguese architecture. The 17th to 18th century was the golden age of painted ceramic tiles, but these scenes were painted by Eduardo Leite in the early 20th century.

The vibrant colors found on Brazil’s blue poison dart frog are there as a warning to potential predators that they are NOT to be eaten. You have to be very lucky to come across one of these frogs for they are often hiding under rocks or moss, near streams, or up trees. They are only found in isolated areas of the rainforest in Northern Brazil, such as the Tumucumaque Mountains Park.

The poison comes from their diet of highly poisonous ants. Indigenous cultures local to the area used to coat the tip of their blowing darts with the frog’s poison before hunting, hence, the name.

124 miles (200 km) above the Arctic Circle, in the magical light from the midnight sun and the northern lights, you’ll find Sweden’s stylish Ice Hotel. It is built from scratch each year, entirely with ice and snow. All the suites are designed by artists from around the world. You can visit the rooms through a tour during the day, or you can spend the night.

4.5 million Azure Nemophila, a.k.a (baby blue eyes), can be found each springtime blooming at the Hitachi Seaside Park in Ibaraki Prefecture of eastern Japan. They normally flower at the end of the cherry blossom (sakura) season in the Tokyo area. It is a 2-hour journey from Tokyo, where you can swap pink for blue, and immerse yourself in this soothing landscape.

Jodphur, also nicknamed “the Blue City,” is known for its array of vibrant blue-hued buildings that are mostly positioned throughout the old city. Why are the houses painted this way? This color makes the house cooler, and the hue is said to keep away termites. The color defines the owner’s social status.

The Brahmin community (the priestly caste of India) is associated with the color blue, so the houses of people in this higher social caste were painted to differentiate themselves from the lower classes. It is certainly a feast for the eyes.