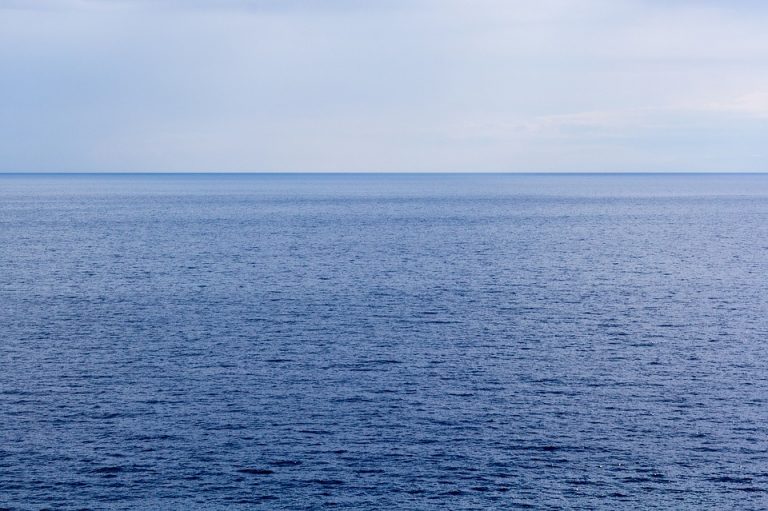 Over the past 1.2 million years, marine life was repeatedly extinguished in low-oxygen ‘dead zones’ in the North Pacific Ocean during warm interglacial climates. (Image: via pixabay / CC0 1.0)

An analysis of sediment cores from the Bering Sea has revealed a recurring relationship between warmer climates and abrupt episodes of low-oxygen “dead zones” in the subarctic North Pacific Ocean over the past 1.2 million years.

The new study, led by researchers at UC Santa Cruz, was published in Science Advances. The findings provide crucial information for understanding the causes of low oxygen, or “hypoxia,” in the North Pacific and for predicting the occurrence of hypoxic conditions in the future. First author Karla Knudson, who led the study, said:

“It is essential to understand whether climate change is pushing the oceans toward a ‘tipping point’ for abrupt and severe hypoxia that would destroy ecosystems, food sources, and economies.”

The researchers based their findings on an analysis of deep sediment cores from a site in the Bering Sea. Over long periods of time, sediments are deposited and build up on the seafloor. The activity of organisms living in the seafloor sediments usually disrupts and mixes them as they accumulate, but if hypoxia has killed those organisms, an orderly pattern of layers is preserved of these dead zones. Thus, scientists can find a record of past hypoxic events in the form of these layered, or “laminated,” sediments in cores drilled from the seafloor.

Scientists have long known about a major episode of widespread hypoxia in the North Pacific at the end of the last ice age, when the melting of the ice sheets sent a massive influx of fresh water into the ocean. The new study provides the first records of earlier low-oxygen events, and shows that the most recent occurrence was not representative of most of these events in terms of mechanisms or timing. Corresponding author Ana Christina Ravelo, professor of ocean sciences at UC Santa Cruz, said:

“It doesn’t take a huge perturbation like melting ice sheets for this to happen. These abrupt hypoxic events are actually common in the geologic record, and they are not typically associated with deglaciation. They almost always happen during the warm interglacial periods, like the one we’re in now.”

The hypoxia occurs after the intense growth of phytoplankton (marine algae) in the surface waters. When the phytoplankton die, they sink deeper into the ocean and decompose, which depletes the oxygen and releases carbon dioxide into the water below the surface. What triggers these events, however, remains unclear. Ocean warming, high sea levels, and the availability of iron (a limiting factor for growth of phytoplankton) all seem to play a role. Knudson said:

“Our study shows that high sea levels, which occur during warm interglacial climates, contributed to these hypoxic events. During high sea levels, dissolved iron from the flooded continental shelves can be transferred to the open ocean and promote intense phytoplankton growth in the surface waters.”

Although a high sea level is an important background condition, it is not enough to trigger a hypoxic event by itself. Changes in ocean circulation, including intensified upwelling to bring more nutrients into the surface waters and stronger currents that could transfer iron from the continental shelf to the open ocean, may play a critical role, Knudson said.

Currently, regional dead zones occur in coastal areas around the world due to the temperature effects of climate warming, as well as nutrient enrichment of coastal waters from agricultural fertilizers. But even the massive dead zone at the mouth of the Mississippi River pales in comparison to the widespread hypoxia that occurred all across the North Pacific Ocean at the end of the last ice age.

Because the new study is based on sediment cores from a single site, the researchers do not know the extent of the dead zones it records — whether they were confined to the Bering Sea or extended across the North Pacific rim as the most recent event did. Ravelo, who was co-chief scientist of Integrated Ocean Drilling Program Expedition 323, which recovered the Bering Sea cores in 2009, said:

“We don’t know how extensive they were, but we do know they were very intense and lasted longer than the deglaciation event that has been so well studied.”

Knudson said the cores record multiple events during each interglacial period throughout the Pleistocene, with abrupt transitions where laminated sediments appear and disappear in the core. The new findings raise concerns about whether climate change and ocean warming will lead to a tipping point that could trigger widespread hypoxia in the North Pacific Ocean. Ravelo said:

“The system is primed for this type of event happening. We need to know how extensive they were, and we need to rethink how these events are triggered, because we now know that it doesn’t take a huge perturbation. This study sets the stage for a lot of follow-up work.”

Provided by: University of California – Santa Cruz [Note: Materials may be edited for content and length.]