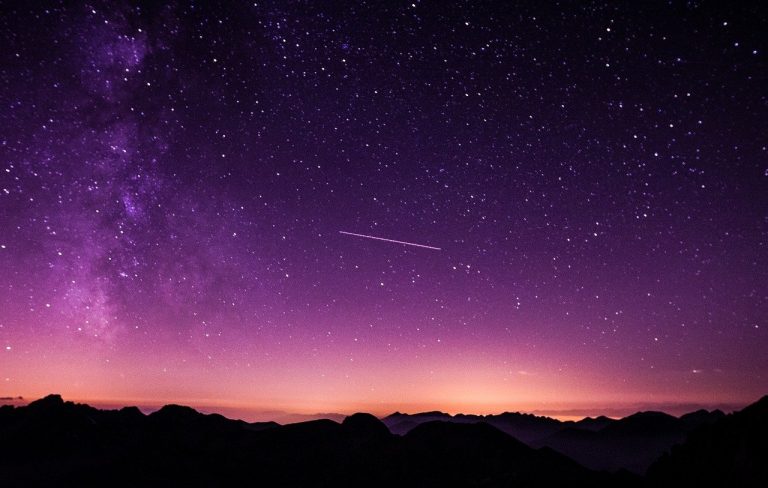 Twice a day, at dusk and just before dawn, a faint layer of sodium and other metals begins sinking down through the atmosphere, about 90 miles above Boulder, Colorado. (Image: via Pixabay)

“This is an important discovery because we have never seen these dusk/dawn features before, and because these metal layers affect many things. The metals can fall into the ocean and act as fertilizer for ecosystems, the ionized metals can affect GPS radio signals…”

Above Boulder, they’re consistent, daily, and synched with high-atmospheric “tidal winds” created by the Sun’s periodic appearance. To understand those winds, the research team relied on data from NASA’s ICON satellite. Thomas Immel, Principal Investigator of the ICON Mission and a physicist at UC Berkeley’s Space Sciences Laboratory, said:

“This work was the very first use of the ICON tidal wind product. The product allowed Xinzhao’s team to calculate the flow of metal ions over Boulder. It’s a great example of how these tides seem to affect everything in space near Earth.”

Jackson Jandreau, who worked alongside Chu and Yingfei Chen in this study, said:

“Consistent daily patterns seen in our Boulder observations tell us that there are unknown processes at play, a golden opportunity for atmospheric scientists to discover new phenomena and mechanisms.”

The discovery also gives researchers a window into a crucial part of the atmosphere that is challenging to observe. It’s a complicated region where interactions between the Sun, Earth, our planet’s magnetic field, and other phenomena end up creating environmental conditions in which surface life can thrive, protected from the harsh space environment. Intriguingly, Chu said:

“There are metals in the atmospheres of other planetary bodies, such as Mars, and researchers look for Earth-like features on exoplanets as indicators for hospitable environments. Can these metal layers be one of these features?”

Her team used a powerful atmospheric LiDAR to detect and measure very small quantities of particles in the high atmosphere. Lidar is similar to radar. A signal is sent out toward a target and the target returns part of that signal which is collected by a receiver. In radar, the signal is radio waves; in lidar, it is photons from a laser. The return signal can be analyzed to learn about the targets hit and the space that the beam traveled through. Chu’s group developed the highly sensitive instrument with funding from the National Science Foundation.

Provided by: CIRES is a partnership of NOAA and CU Boulder [Note: Materials may be edited for content and length.]