Matthew Cairns: A Free Life in Nature While Cultivating Art and Creativity 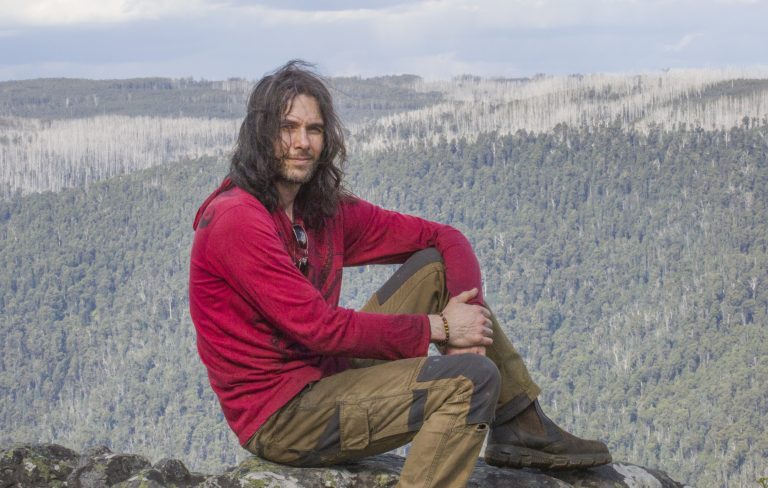 A busy roundabout in a big city, noise, cars, people rushing by and filling their days with endless tasks and duties — this image is quite common in the Western world. How many people see themselves living a similar life? How many have lost touch with their inner selves and who they really are? Matthew Cairns has chosen a different path.

Governments and big companies, through mainstream media and technology, dictate the rules. They decide what people must think, believe in, what they are allowed to say and how they can express themselves, and what they must wear, buy, like, and need, all based on money and power. Meanwhile, the rates of depression, mental illness, violence, and suicide are dramatically escalating. Amidst this messy environment, some people are still able to be themselves and stand up against the tide. Matthew Cairns chose a life in nature, where he can nurture his connection with the environment and his inner self, while at the same time cultivating his creativity.

Matthew, who grew up in Canberra, was a student of Architecture (Bachelor’s Degree in Applied Science in Environmental Design) at the local University and moved to Melbourne in the 1990s. There, he studied Sound Production and increased his expertise as a musician/artist, along with his partner, who lived in this city. They joined their creativity and founded a band, composing and playing their own music. Matthew’s previous group had toured around the Australian Capital Territory and New South Wales, performing as a Led Zeppelin tribute band.

In Melbourne, on completion of his course, he worked as a freelance audio engineer while writing music, solo and with his partner, and doing a range of casual jobs.

Matthew had always felt a strong connection with nature and thinks: “As a society, we’re losing our connections with our humanity, spirituality, and the environment — we have much to learn from our indigenous cultures.”

The strong call of nature

Matthew has very vivid memories of his youth. “I grew up in Canberra, which is so close to the bush. I loved going on family holidays that allowed me to experience beautiful natural environments — from the dry Arkaroola in SA [South Australia], the breathtaking NSW [New South Wales] south coast beaches of Narooma, the magical Wee Jasper near Yass, NSW, the remote Fraser Island, QLD [Queensland], to the ageless island of Tasmania.”

Over the years, Matthew became more and more sensitive to our planet’s needs and detached from the city lifestyle made of crowds, traffic, noise, chaotic rhythms, and pollution. These sentiments pushed him to seek alternative conditions that were more suitable to his inner self. For the last 10 years, he has been living in an intentional community on the outskirts of Melbourne. This is how he described his decision to live there: “The process of joining was about experiencing life in an off-grid community to see if we were a good fit for one another. I knew from day one that this way of life would nurture me and that I could nurture the community.”

He lives a simple and healthy existence, made of the essential, while he develops his art and creativity, which he sees as “forms of self-expression, vehicles to communicate how I see life and hopefully benefit the world. I like to explore different media of expression — music, performance, photography, audio engineering, drawing, painting, design, architectural model-making, film, editing, stacking wood.”

This type of life, since it does not require big financial commitments, allows him to decide how he prefers to spend his days, which can be different and filled with learning and experimenting.

I asked Matthew to talk about his current and future projects and this is what he said: “My current projects include a short film [which is] a psychological drama about old friends reconnecting after 40 years [and] a music video examining transmigration of the soul. I’m putting together a band for the song. I get to play guitar and direct the process from rehearsals through to editing the clip. For the future, I would love to make a documentary feature.”

When Matthew speaks, he looks grounded and balanced, he is always reflexive and calm, and he radiates good energy. The one thing he would change in his life would be to be able to share it with a special someone.

People like Matthew, who have the courage to go against the mainstream, show that there are still human beings connected with their true good nature and spirituality, despite the overwhelming and deviant messages of our current world. For this reason, I asked him what advice he would give to a young person. Here are his comments: “Becoming yourself can take time: Listen to and trust your inner guide and follow your passions. Understand your boundaries and responsibilities — you must crawl before you can walk. Whenever possible, enjoy the peace of nature. At night, gaze up at the stars. There is much more than your eyes can see.”

Being successful in life is directly related to your ability to identify your values, who you truly are, and live according to this. When you “wear a mask” or compromise your real self, deep down you suffer. Material wealth, fame, and power can simplify some situations, but think about it: They are but temporary and they are not part of your own person. These things are not the answer to the inner search for truth most people face sooner or later in life.