The China Multinational Behind Oatly, the Hottest Oat Milk Brand in the US 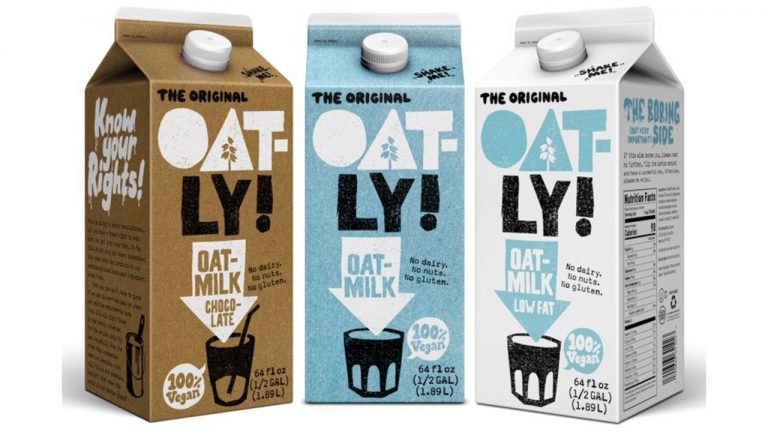 Oatly Group AB is a leading name in the vegan milk sector. (Image: via Oatly)

The demand for vegan food and beverages is going up with time. In the U.S., vegan milk is quite popular these days. Oatly Group AB is a leading name in the vegan milk sector. It has high-profile followers like Howard Schultz, the Starbucks CEO, and celebs like Jay Z and Oprah Winfrey.

While Oatly was set up in Sweden back in 1994, it is now largely owned by a Chinese-origin entity. The company said in a recent statement that it is planning to raise US$1.65 billion through a Nasdaq IPO. However, the planned offering has shed light that the largest stakeholder in the brand is China Resources.

A JV formed between Verlinvest, a Belgian venture capital firm, and China Resources now owns about 55 percent of the popular vegan beverage. The noteworthy thing is after the formation of the IPO, the Belgian-Chinese venture will have a share of 47.6 percent. The second-largest shareholder is Blackstone Group which has just a 6.7 percent share.

The VP of China Resources said: “We believe [Oatly] will be highly appealing to consumers in China. China Resources will continue to invest further in Oatly to ensure it remains the foremost oat milk brand.” Oatly is putting a focus on China where the product sales are creating new records. Last year, the company managed to magnify its sales in Asia.

Oat milk was not so popular in the U.S. before 2017. In that year, the Swedish brand entered the U.S. market and it is now the 2nd most popular vegan dairy product. As the young consumers lean toward healthier foods, the plant-derived dairy category grew by 20 percent in the U.S. in 2020. However, that trend is now being seen in Chinese consumers too. Zhang Chun, Oatly’s Asia president, said Chinese consumers are interested in plant-based foods. Even Chinese start-ups like Genki Forest are witnessing steady growth in sales.

In April of last year, amidst the height of the COVID-19 pandemic, Starbucks introduced Oatly in its stores in mainland China. In China, the plant-based drink sector is growing exponentially. It was worth US$40 billion in 2020. China Resources is all set to play a key role in China’s expansion of Oatly. However, this has some investors worried.

Of late, the U.S. lawmakers and regulators have lashed out at the China-affiliated firms owing to instances of fraud and security woes. The Security and Exchange Commission said a few months back it will enforce the much-touted Holding Foreign Companies Accountable Act.

In China, state secrecy laws thwart China-based ventures from sharing auditing information to any entities abroad. Oatly may have a tough choice deciding between the new U.S. investors or the existing Chinese benefactor.

Consumers are much more knowledgeable than they used to be even a decade back on various socio-economic and political issues. They are concerned about issues like global warming for example. Food production is said to be a major factor behind climate change. Cows belch methane, which is known as a greenhouse gas. So milk substitutes like cashews, almonds, soybeans, and oats are preferred over cow’s milk.

While Oatly’s market share is growing, it faces the task of convincing key investors that it can stand its ground in a competitive market dominated by well-known brands. Nestlé, a giant in the packaged food sector, rolled out its milk alternative, derived from peas. Oatly’s image has definitely benefited from the inclusion of celebrity investors like Natalie Portman and Oprah Winfrey.

Despite the speculations and buzz generated by naysayers, Oatly is gaining ground in the U.S. market. The milk substitute sector in the U.S. is expected to reach approximately US$3.6 billion by 2025. The Swedish and Chinese JV has helped the brand expand into the European markets. It also made forays into China and the U.S. However, it may face hurdles as established rivals are making inroads into the healthy food segment and the European country governments are skeptical about firms backed by Chinese multinationals.