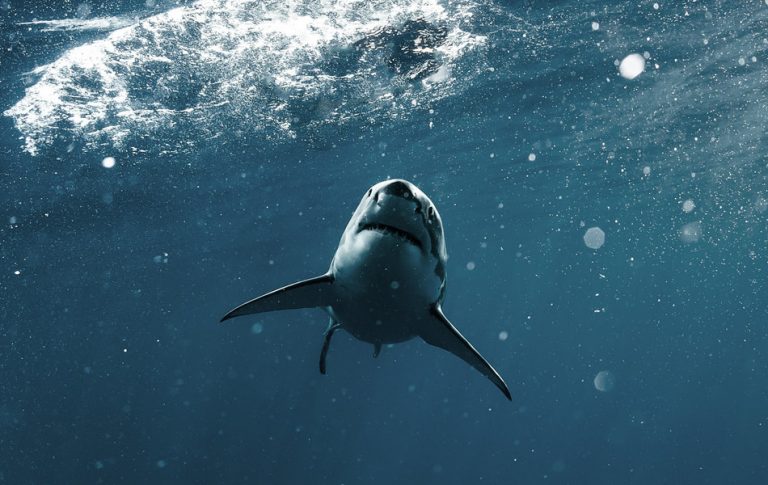 Sharks like this great white may rely on the Earth's magnetic field to help them navigate the oceans. (Image: Willyambradberry via Dreamstime)

Not counting stories of those rare individuals among us, humans are generally regarded to have only five senses. Sharks, on the other hand, have now been shown to have a sixth: They can make use of the magnetic field of the Earth for navigating across the oceans. For them, it serves as a natural GPS.

Ever since the 1970s, scientists have suspected that sharks could detect magnetic fields. Researchers at Florida State University wanted to find some definitive answers and picked bonnethead sharks to study.

Bonnetheads are the smallest of the 10 hammerhead shark species and can be commonly found along the coastal waters of the U.S. They keep coming back to the same estuaries, year after year. The team of researchers used 20 sharks captured from Florida’s Gulf Coast and exposed them to magnetic conditions simulating locations away from the Florida coast. In response, they swam northward, being attracted by the magnetic cues.

Their finding was published in the journal Current Biology. Florida State University ecologist Bryan Keller, one of the authors of the study, said: “We know that sharks can respond to magnetic fields. We didn’t know that they detected it to use as an aid in navigation… You have sharks that can travel 20,000 kilometers (12,427 miles) and end up in the same spot,” (Sky News).

However, according to Hueter, more extensive studies are necessary to find out how they use the natural magnetic fields to find their location. “The question has always been: Even if sharks are sensitive to magnetic orientation, do they use this sense to navigate in the oceans, and how? These authors have made some progress at chipping away at this question.” (Sky News)

The study researchers think it’s possible that the trait exhibited by the bonnetheads is present in other shark species, including the great whites, who are known for making cross-ocean journeys. Back in 2005, scientists were amazed when they tracked a great white that swam almost in a straight line from South Africa to Australia and back. This gave them a strong clue that they may rely on the Earth’s natural magnetic field for navigation.

Every year in December, great whites are known to take a remarkably direct route from the California coast to a point in the Pacific Ocean about halfway to Hawaii that is known as the white shark café. They cover almost 1,000 miles without having any significant underwater landmarks. In fact, species like the hammerheads and Tiger sharks also make long journeys from one spot to another and return with remarkable accuracy.

Sharks have special receptors around their noses — small jelly-filled pits. Through these micro receptors, the creatures can sense voltage alteration in their surroundings. The electroreceptors are useful for detecting electrical nerve impulses in their prey. However, they may also be using these receptors to detect the Earth’s magnetic field. Previous studies have hinted that they are capable of perceiving and reacting to magnetic fields, but the exact operating mechanism is still not known.

Monterey Bay Aquarium’s Salvador Jorgensen, who studies great white sharks, said the study finding is likely applicable to many species of sharks, including the larger ones. Learning how they perceive their environment may even help scientists figure out if human activities such as installing wave farms and offshore wind farms along with high-voltage underwater cables could block or confuse their ability to navigate.