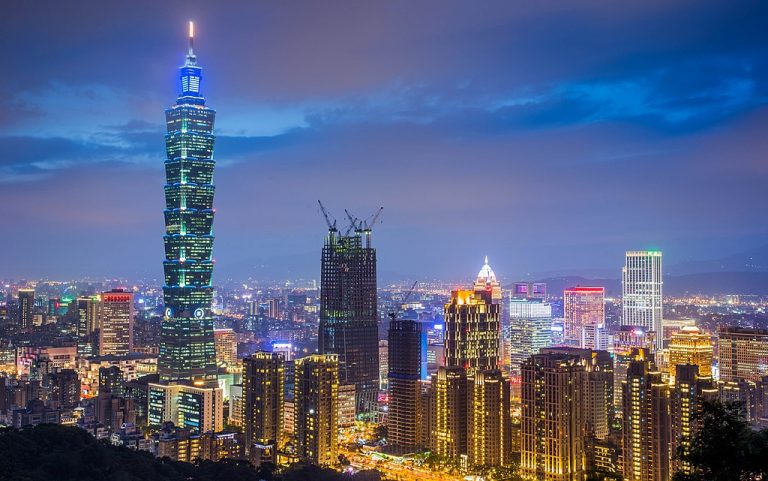 Taiwan has become the most popular destination for learning Chinese. (Image: via Flickr)

I have never set foot in Taiwan, but in my mind, Taiwan is first-class — I view it as a precious island, a place I have dreamed about numerous times. I came to the U.S. from mainland China across the Pacific Ocean. I often compare mainland China to Taiwan and am always struck by how it differs.

More than 23 million people in Taiwan enjoy freedom of religion, freedom of speech, and freedom from fear. Perhaps the people in Taiwan have taken their freedoms for granted, but as someone from mainland China, I am so envious of those freedoms that I want to remind the people to cherish them. Taiwan is now the dreamland for many people from Hong Kong. According to Taiwan’s National Immigration Agency, in 2020, nearly 11,000 people from Hong Kong obtained permission to move to Taiwan. That is twice as many as the year before.

According to Xie Jinhe, the chairman of Taiwan’s Wealth Magazine, Taiwan’s GDP per capita is forecast to exceed US$30,000 by the end of 2021. This is an important milestone in Taiwan’s economic development as it will clear the threshold that sets the bar for developed countries.

Located in Taiwan, the Taiwan Semiconductor Manufacturing Company (TMSC) is the world’s most valuable semiconductor foundry and is capable of producing 90 percent of the world’s chips for semiconductor designers such as Apple, Qualcomm, Broadcom, Nvidia, and others. As of June 2021, TMSC’s total market capitalization reached US$559.73 billion, making it the 11th most valuable company in the world.

Taiwan has done an excellent job in addressing the pandemic. Through the use of early testing, quarantining efforts, and mass mask use, Taiwan reported a COVID-19 incidence rate of 20.7 cases per million. Additionally, many Silicon Valley entrepreneurs moved to Taiwan to escape the pandemic and found it a great place to incubate new ideas. Government policies aimed at creating an “Asian Silicon Valley” have also helped. There is great hope for Taiwan to become the next Silicon Valley. There has been a spike in Covid cases there recently, but the number of cases is declining at a faster pace than in other Asian countries.

On March 4, the Heritage Foundation released the 2021 Index of Economic Freedom showing Taiwan ranks sixth out of 184 economies, higher than the UK and Canada. Its overall score has increased by 1.5 points primarily because of an improvement in government integrity.

On March 3, Freedom House released its Global Freedom Survey 2021 report, an annual global report on political rights and civil liberties composed of numerical ratings and descriptive texts for each country. It shows that Taiwan has been ranked as a free country scoring 94 out of the available 100 points.

On April 17, Reporters Without Borders reported that Taiwan ranks 43rd in the world in terms of press freedom among 180 countries, just ahead of the U.S., which ranks 44th. Beijing does try to negatively influence news media in Taiwan, however, regulators there are discussing ways to block that influence from mainland China. Plus, Taiwan does not regulate its Internet access, so people in Taiwan are free to surf any website in the world and peruse news media from other sources.

The collaborative online database Numbeo released its 2021 Health Care Index ranking Taiwan’s healthcare in 1st place for the 5th consecutive year with a score of 86.39. The score is based on the overall quality of the health care system, healthcare professionals, equipment, staff, doctors, cost, etc. Ranking first in health care definitely means Taiwan is first-class.

March 20 is the International Day of Happiness. According to the 2021 World Happiness Report released by the United Nations, Taiwan ranks 19th out of 149 countries and regions, up from 24th last year and first among Asian countries.

The most livable place for expatriates

According to the latest Expat Insider survey released by InterNations, Taiwan ranks 1st out of 59 destinations for the third year in a row making it the most comfortable place to live and work for expatriates. The survey ranks the quality of life, career prospects, ease of settling in, and satisfaction with daily life. Taipei is recognized as the most livable city for foreigners.

All 23 million Taiwanese enjoy freedom of belief. Freedom of belief is an important source of vitality while its nearest neighbor is like a world going downhill where people’s hearts can be as unpredictable as the clouds in the sky. For example, in Taiwan, those who practice Falun Gong are free to do so, but in China, just like the Uyghurs, they are persecuted for their beliefs.

Looking back on its history, Taiwan went through many calamities, but it overcame them, regained its vitality, and moved forward. I believe the people of Taiwan will work together to overcome the current pandemic and move on toward a brighter tomorrow.

Translated by Yi Ming and edited by David Jirard