Fortunate Woman Travels the World as a Cat Sitter 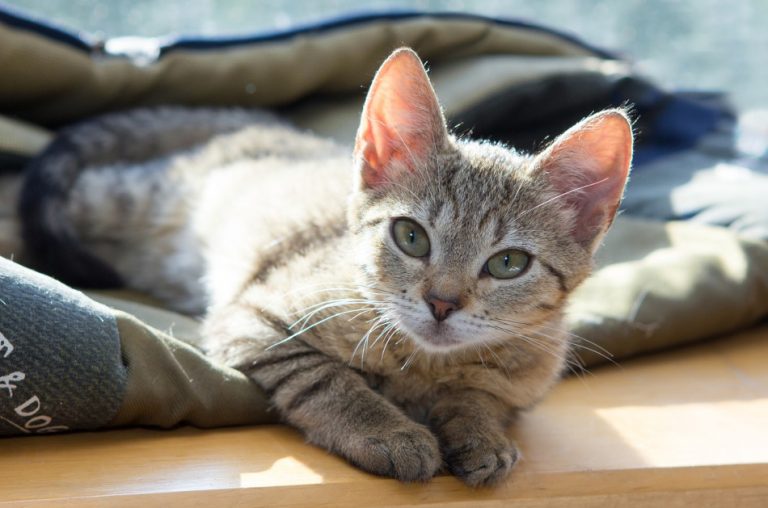 Many researchers have highlighted the benefits of having pets in your life. (Image: 4373086 via Pixabay)

People often look for unique and interesting part-time jobs to alleviate boredom, learn new things, or earn some extra money. But 31-year-old Madolline Gourley uses her part-time job as a cat sitter to travel the world.

In 2017, Madolline Gourley, who worked as a government contractor in Brisbane, Australia, discovered that one of her fellow employees was living out of a suitcase and was cat sitting for people in the area in exchange for a place to stay. She became intrigued and decided to look into it for herself.

Madolline did a bit of research online and found a couple looking for someone who could look after their house in San Francisco and take care of their cat while they were away traveling at Christmas. She decided to go for it, and after a video call with the owners, she got the job. Madolline did some traveling of her own in the U.S. before arriving in downtown San Francisco where she spent 10 days taking care of the couple’s tuxedo cat.

Reflecting on the experience, she told Unilad: “They seemed like really nice, genuine people, and I was fortunate to get my first house and cat sit through them. Had the experience have gone, or ended, poorly, I probably wouldn’t have considered another international house and catsit.”

After that first successful experience as a cat sitter, Madolline went on to make many more forays as a cat sitter in cities across the U.S. and Australia. She has worked for clients in New York City, Cincinnati, Seattle, and Santa Fe, along with people in Tasmania, Darwin, etc. She was able to save over US$23,000 by staying in the houses of her clients instead of having to pay for accommodation while traveling.

According to Madolline: “One of the homes I stayed in, up in the Boulder mountains, was on a small bit of land. It had been architecturally designed and was one of those “no expenses spared” homes — even the showers had filtered water. I remember looking at properties in the area on Airbnb for the time I went and it was about $10,000 AUD [US$7,750] for the time I stayed. There’s no way I would — or could — pay this much for a holiday rental so I feel fortunate to have been able to stay in such a property for almost nothing.” (Unilad)

While Madolline is not paid for the time she spends looking after cats, she doesn’t mind. She thinks it’s a good deal since it gives her scope to explore new places without having to pay for a place to stay. Besides, it would be illegal for her to accept payment in the U.S. for such part-time work since it would violate her tourist visa.

People opting for travel through house sitting can choose a wide variety of animals to look after, everything from dogs and birds to sheep and llamas, but Madolline prefers cats since they are usually low-maintenance.

A few times, she found that she had to work more than what was originally planned, but mostly she just has to feed the cats and change their water along with cleaning the litter box while making sure to clean up after herself, of course.

While some of her friends find it a bit weird, Madolline feels there’s little difference between what she does and paying someone to rent a room in their house through Airbnb.

Owing to the COVID-19 pandemic, Madolline is now getting fewer assignments. People are traveling less and staying at home more than ever before. So when the prospects of traveling to the U.S. for cat sitting dwindled, she started looking for places she’d like to visit in her homeland. During Christmas of 2020, she ended up cat sitting in Darwin. She spent close to a month there and enjoyed feeling like a local. Later, she traveled to Sydney to look after a cat and would be happy for an opportunity to go back.

Madolline would encourage anyone who wants to be a cat sitter to go ahead and give it a try. According to her, it’s fine if you don’t have any experience, but you should like pets and be familiar with taking care of them. For herself, she has only ever owned cats and so they are the only pets she feels comfortable dealing with. She recommends the website TrustedHousesitters as a good place to begin. As for Madolline, she’s happy with the opportunities she’s had and hopes she will get a chance to go to places like Japan, Singapore, and New Zealand for cat sitting in the future.