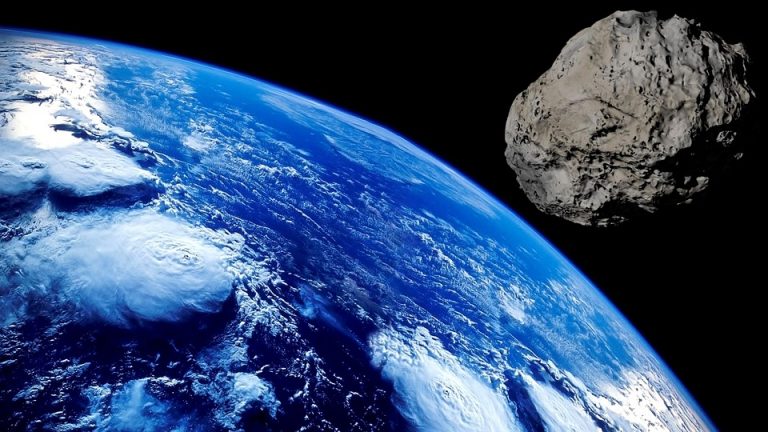 Researchers have been studying geological series since the 19th century in order to reconstruct how flora, fauna, and the climate have changed over millions of years. (Image: 9866112 via Pixabay)

For the first time, a unique study conducted at Lund University in Sweden has tracked Earth’s meteorite impacts over the past 500 million years. Contrary to current theories, researchers have determined that major collisions in the asteroid belt have not generally affected the number of impacts with Earth to any great extent.

Researchers have been studying geological series since the 19th century in order to reconstruct how flora, fauna, and the climate have changed over millions of years. Until now, however, almost nothing has been known about ancient meteorite flux — which makes sense since impacts are rare, and the battered celestial bodies quickly break down as they encounter Earth’s oxygen.

A new study published in PNAS shows how researchers in Lund have reconstructed meteorite bombardment toward Earth over the past 500 million years. Birger Schmitz, professor of geology at Lund University said:

“The research community previously believed that meteorite flux to Earth was connected to dramatic events in the asteroid belt. The new study, however, shows that the flux has instead been very stable.”

To conduct the study, researchers at Lund University’s Astrogeobiology Laboratory dissolved almost ten tonnes of sedimentary rocks from ancient seabeds in strong acids because the sediment contains residue from meteorite impacts dating back to when they fell to Earth. Meteorites contain a small fraction of a mineral, chromium oxide, which is very resistant to degradation. The microscopic chromium oxide grains were sifted out in the laboratory and serve as time capsules with an abundance of information, Birger Schmitz:

“The dissolved sediment represents 15 periods over the past 500 million years. In total, we have extracted chromium oxide from almost 10,000 different meteorites. Chemical analyses then enabled us to determine which types of meteorites the grains represent.”

There are a couple of thousand meteorite impacts on the Earth’s surface every year, and approximately 63,000 space rocks have been documented by science. The space rocks originate from the asteroid belt between Mars and Jupiter where battered celestial bodies from gigantic collisions revolve around the sun. Birger Schmitz said:

“We were very surprised to learn that only one of the 70 largest asteroid collisions that took place over the past 500 million years resulted in an increased flux of meteorites to Earth. For some reason, most of the rocks stay in the asteroid belt.”

The study not only upends generally accepted meteorite flux theories; it also provides entirely new perspectives on which types of celestial bodies are at greatest risk of colliding with Earth and where in the solar system they originate.

From a geological time perspective, kilometer-sized celestial bodies collide with the Earth on a regular basis. One such event took place 66 million years ago, when a celestial body stretching over 10 kilometers in size hit the Yucatán Peninsula. The impact was part of the reason the Earth went dark and dinosaurs starved to death. Birger Schmitz concluded, saying:

“Future impact from even a small asteroid for example in the sea close to a populated area could lead to disastrous outcomes. This study provides important understanding that we can use to prevent this from happening; for example, by attempting to influence the trajectory of rapidly approaching celestial bodies.”