Will Any ‘Filial Son’ Remain at the Sickbed for the Long Haul? 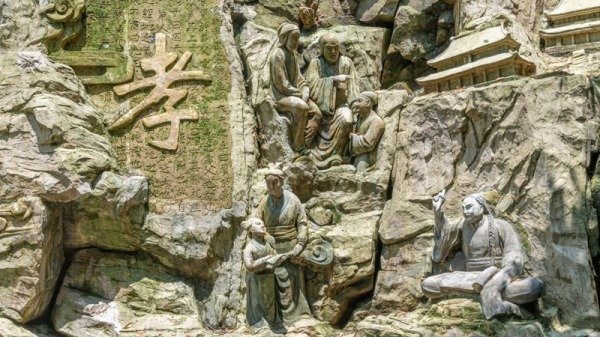 Can a filial son endure the long, drawn-out time it takes to help a sick parent recover from a long-term illness? Many people brought up in the traditional Chinese culture would have heard the saying: “There is a filial son at the sick bed for the long haul.” (Image: secretchina.com)

Many people brought up in the traditional Chinese culture would have heard the expression: “There is a filial son at the sickbed for the long haul.” Do modern people still relate to this principle, or is it another relic from a bygone era?

According to many accounts and experiences, it is very common for a person to get worn out, exhausted, and even fall into bad health while taking care of an elderly parent that is bedridden for a long time. Looking after an ill parent involves making many sacrifices and taking on many responsibilities. The outcome very much depends on whether the caretaker son sees it as a chore or as a labor of love.

During ancient times, children endured the honor of taking care of their parents and grandparents out of filial piety with all their resources, kindness, and strength. Retirement homes are a big business today. Nevertheless, there are children that would never allow their invalid parents to go to such a place.

“There is no filial son by the sickbed for the long haul” is a modern notion that came into the Chinese culture from the indoctrination of communism and the destruction of the family.

Let us take a look at some of those remarkable examples of real-life stories about: “There is a filial son at the sickbed for a long duration.”

The story of Emperor Wen of Han

Emperor Hanwen (his personal name was Liu Heng) was the third son of Liu Bang, emperor of the Han Dynasty. Liu Heng was not a prince, but he ascended to the throne through the support and help of court ministers and officials by virtue of his filial piety and virtue.

Empress Dowager Bo fell ill and was bedridden for three years. Emperor Hanwen tried his best to take care of his mother and would hardly ever have a good night’s sleep. There were times when, immediately after court sessions while he was still in his emperor’s robe, he straightaway went to attend to his mother.

When the medicine was ready, Emperor Hanwen personally tasted it to make sure the herbs were properly brewed and whether the medicine was too bitter or too hot before he held it out for his mother to take.

Empress Dowager Bo saw Emperor Hanwen’s compassionate deeds. She was heartbroken and very moved. She said to her son: “There are so many ladies-in-waiting and maids in the palace.  You don’t have to personally attend to me.

“My illness cannot be cured quickly. From now on, just ask the ladies in the court to serve me.”

Emperor Hanwen knelt down and said to his mother:

“If I can’t serve you during your lifetime, then when can I have the opportunity to repay your nurturing grace?”

The benevolence and filial piety of Emperor Hanwen spread far and wide and influenced the officials and people. Decades of turbulence were calmed down and it was an era of peace and prosperity even for later generations known as the reign of Wenjing, or the rule of Wen and Jing.

This refers to Emperor Wen and his son, Emperor Jing of Han, a period of benevolent governance in the Han Dynasty.

Xie Sheng: The miracle of a filial son

In the 14th year of Chunxi in the Southern Song Dynasty (1187), a sensational phenomenon occurred in Wenzhou. There was a local man called Xie Sheng.

When his mother was old and sick, she did not want to take medicine and only wanted to eat oranges. It was summer and the fruits of the local orange trees would not mature until autumn. There were no oranges to eat in this season.

Xie Sheng was a filial son.  When he could not find oranges in the daytime, he had no choice but to kneel under the orange trees in his orchard at night, praying that the trees would bear fruit as soon as possible.

He knelt on the groundAll night and by daybreak, he found that a branch of the orange tree had already produced several mature fruits. He respectfully picked these oranges and fed them to his mother.

His mother recovered from her illness after eating the oranges. This story was widely spread, and scholar-officials from far and near rushed to write poems to praise this incident, calling it a miracle of filial piety.