Yasuke: The African Born Samurai Who Became A Legend In Japan 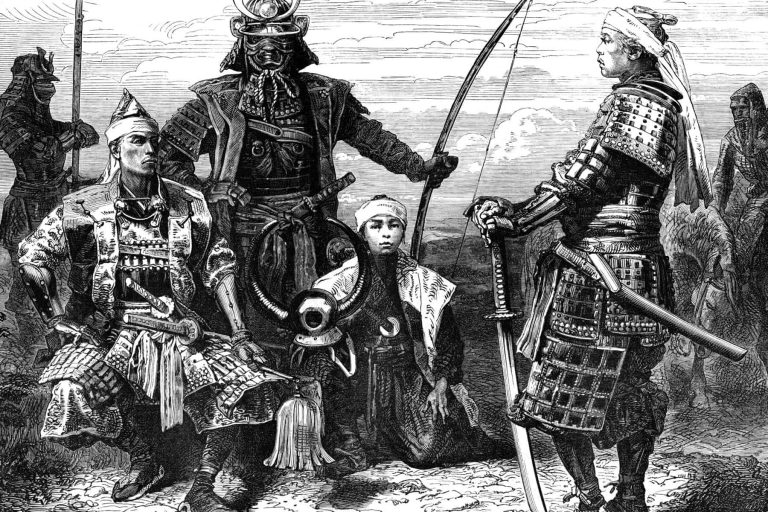 Yasuke was a man of African origin who served as a kashin under the Japanese daimyō Oda Nobunaga. (Image: via kintaro-publishing.com)

The legend of the Samurai warriors of Japan has spread across the world over time. Several films have been made about the lives of the Samurai clans and plenty of books have been written on their amazing feats. However, not many people are aware of the black Samurai warrior Yasuke. This African man was possibly the first foreign-origin person to attain samurai status. Currently, Netflix is presenting a popular anime series loosely based on the historical figure of the same name.

Yasuke rose to fame during the reign of the daimyo (shogun feudal lord) Oda Nobunaga in 16th-century Japan. Right from the time of his arrival in Japan, he received immense attention from the masses and with time, his fame grew substantially.

In 1579, Yasuke arrived in Japan in the service of Italian Jesuit missionary Alessandro Valignano, Visitor of Missions in the Indies, in India. He was one of the several Africans to have come with the Portuguese to Japan and is thought by some to have been the first African that Nobunaga had ever seen.

He was a very tall man, towering over the Japanese, which made people eager to see him. He was 6 feet 2 inches tall and his skin was charcoal black, which made him quite a sight in the country. Lawrence Winkler, a historian, says the craze to see him caused a mad rush among onlookers. Yasuke managed to get into the Samurai clan within one year of his arrival. He learned Japanese very well and took part in warfare alongside Nobunaga.

Not everything about Yasuke is known to historians. They have not been able to ascertain the country of his origin. Some historians say he was born in Mozambique, while there are others who feel he was born and raised in Nigeria. However, it is quite certain that the African-origin man reached Japan with Alessandro Valignano.

It is not known if Yasuke was brought as a slave or not. Deborah DeSnoo and Floyd Webb, filmmakers who are making a documentary on him, think he was not a slave. Ms. DeSnoo says: “It would have been impossible for Yasuke to rise to the rank of a samurai in just a year without a warrior background.”

The filmmakers think he met Nobunaga after arriving in Japan and the conversational skill made the feudal lord interested in the man. According to Thomas Lockley, co-author of the book African Samurai: The True Story of Yasuke, a Legendary Black Warrior in Feudal Japan, he had a basic knowledge of the Japanese language and that helped the two men develop a bond. Mr. Lockley also thinks he told Nobunaga fascinating tales about Africa.

Serge Bile, a French-Ivorian writer also wrote a book entitled Yasuke on the life and achievements of the black Samurai warrior. Apparently, the Japanese warlord and the African warrior shared some common traits. Yasuke had the quintessential warrior spirit and loved Swahili narrative poetry and dance.

Nobunaga was fond of Noh drama and a follower of martial arts. Nobunaga soon became fond of the black warrior and made him a Kashin (samurai retainer) and treated him as a family member. Yasuke became the first-ever samurai of foreign origin and fought some major battles alongside his patron, Nobunaga.

Yasuke was unfailingly loyal to his patron, say historians. On a fateful night, Akechi Mitsuhide, a general of Nobunaga, revolted and set the warlord’s palace on fire. Nobunaga, trapped in a room, committed seppuku — Japanese ritual suicide. He reportedly asked Yasuke to take his sword and go to his son. After that, documented records of him could not be found. Possibly, he left the country after that incident.

The last years of Yasuke’s life remain shrouded in mystery, but his legend lives in the minds of the Japanese people.