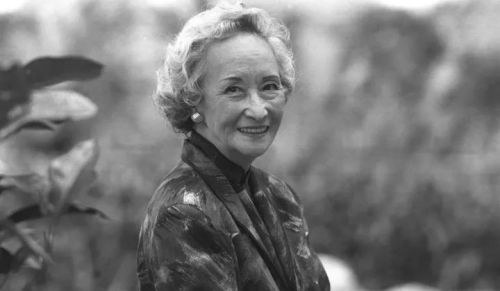 That period of modern history from 1963-1976, known as the so-called Cultural Revolution, is typical of how communists appropriate, twist, and corrupt the true meaning of language. It was the antithesis of culture. If anything, it really should be called the Barbaric Cultural Demolition, or some such name.

Not only was it a time of the wanton and wholesale destruction of ancient Chinese culture and civilization, but it also took its terrible and cruel toll on the lives of so many patriotic and kindly Chinese citizens. Its hidden purpose was to destroy the soul of the Chinese nation.

Though tortured and broken-hearted, one elegant and classy lady, Zheng Nian, survived the ordeals of the Cultural Revolution. This is her story.

Zheng Nian, formerly known as Yao Nianyuan, was born into a prominent family in Beijing in 1915.

Zheng had a natural charisma and elegance. Through her eminent family background and beauty, everyone thought she would find a distinguished family and marry early. Unexpectedly, she was admitted to Yenching University first and then studied abroad for a master’s degree at the London School of Economics and Political Science.

During her stay in London, she met and fell in love with Dr. Zheng Kangqi of the same school and soon gave birth to a baby daughter.

In 1949, Zheng decided to return to Shanghai with her husband. The original intention was to dedicate themselves to the Chinese nation. However, in a country seized by the Chinese Communist Party (CCP), and just like so many overseas well-meaning Chinese elites who went back to the homeland with the same dream, they found that what awaited them was a terrible future.

After her husband passed away, Zheng was not downtrodden and still lived with a hopeful and positive outlook.

On a muggy morning in the summer of 1966, two uninvited officials came to her home

On a typical summer night, Zheng would sit in the quiet study and read the newspaper under the light of a reading lamp There was a soft sofa with brocade mats and a bookshelf with Chinese and English books by the wall. At times, the servant came to inform her of visitors. She would chat with the guests in the living room, and the servant would bring them tea in delicate porcelain, along with English-style thin sandwiches.

Zheng thought that she could spend the rest of her life in Shanghai in this way. However, on a muggy morning in the summer of 1966, two uninvited officials came to her home to visit her.

Soon, she was listed as a rightist, and her house was ransacked on the pretext that she lived a bourgeoisie lifestyle and there was a suspicion she was a spy due to her studying and working abroad for a long time.

Accused of being a rightest, a spy, and a bourgeoisie

In the notorious “First House of Detention,” she began the nightmare that lasted six and a half years.

At the time, Zheng was over the age of 50. When thinking of her husband, who had died young, she was happy for him instead of lamenting his fate. “Since his death, I did not regret his death for the first time. Thankfully, he was gone. Otherwise, he will not escape a series of humiliation and persecution.”

In prison, Zheng needed to endure various tortures that were inflicted on her; starvation, cuffing, punches and kicks, and mental abuse. In such a condition of utter helplessness and suffering, including both physical and mental torments, ordinary people would have long lost hope, but Zheng never gave up her love for life.

She borrowed a broom to clean the ward and keep it cleaned, made a cover for the washbasin to store water to prevent dust, and even compiled a set of exercises to stay fit.

Some people, even living in the gutter, can still look up at the starry sky. Sometimes, she was shocked by the spider-spun webs in the corner of the prison, but she rejoiced at the wildflowers when the prisoners were let out for exercise. Zheng changed her miserable prison life into “poetry,” making other inmates jealous.

The embedded handcuffs hurt her wrists, her skin was badly scraped, the wound festered, and pus and blood flowed. After dressing, when zipping up the zipper on the side of her pants, she felt extreme pain as the raw wound on her wrist was grazed.

But she would rather let the damage worsen than look disheveled, and despite being the only person in the cell, the windows were closed. She said it was graceless.

When being tortured, she never screamed for mercy. She said: “it’s too immature and uncivilized.”

During her six and a half years in prison, she never pleaded guilty or blew the whistle on anyone. At the end of the confessional document, the inscription was “criminal.” Zheng tirelessly added the word “innocent” before the word “criminal” every time.

The CCP wanted to find her guilty, but Zheng firmly believed that she could rewrite her future.

In 1973, Zheng was finally acquitted and set free. By then, she was close to 60 years of age. She could see daylight again even though she had wounds all over her body and was mentally exhausted. However, greeting her was more sad news — her only daughter had committed suicide.

Zheng never shed tears whenever being tortured in prison. But on knowing that her daughter had passed away, she cried out.

“I survived at all costs and suffered various tribulations, but all of them lost their meaning instantaneously. I feel a vast expanse of whiteness all around me, a feeling like having been drained all of a sudden.”

Zheng did not believe her life-loving daughter had committed suicide. She actively treated her own illnesses, renovated her home, and pulled all the strings with her many connections to investigate the truth of her daughter’s death. It turned out that her daughter was beaten to death and then thrown off a building.

As Zheng was getting older and more feeble, she remained high-spirited. Her cruel destiny seemed never to bend her spine. As long as her life carried on, she still wanted to live a beautiful life.

In 1980, Zheng decided to leave such a sad place. When boarding the ship to leave her homeland, she was 65 years old.

As she left Shanghai, inside Zheng’s heart, it was complicated and painful.

“I will leave the homeland where I was born and raised forever. My heart is broken, it is completely broken. Only heaven knows that I have tried thousands of times to be loyal to my motherland, but in the end, I completely failed, but I am still worthy.”