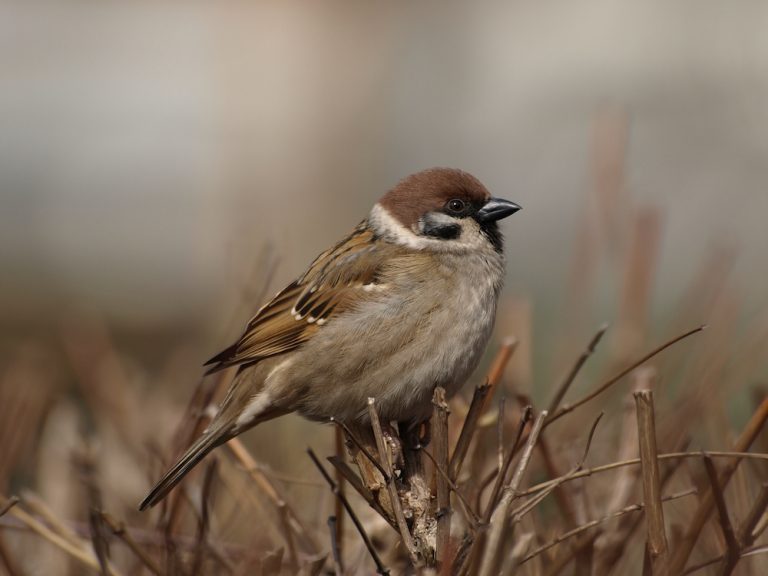 A file image of a Eurasian tree sparrow. (Image: Catherinka via Dreamstime)

Many bizarre (and horrific) things have been done in the name of communism in China. One of them was Mao Zedong’s war on sparrows, a campaign waged by the communist leader to eradicate Eurasian tree sparrows.

Mao lumped the little brown bird along with rats, flies, and mosquitoes in the so-called Four Pests (or four “evils”) campaign officially instigated in 1958.

It was part of Mao Zedong’s disastrous economic and social movement known as the Great Leap Forward, which would result in the deaths of tens of millions of Chinese. In his war on sparrows, sparrows were targeted because they ate grain, seeds, and fruit.

Various elimination methods were used by people across China, from the destroying of nests to the banging of pots to exhaust the birds to death.

Judith Shapiro, in her book Mao’s War Against Nature: Legacy and Lessons, wrote that the communist leader sought to control nature to the extreme.

“The Chinese ideal of ‘harmony between heaven and humans’ was abrogated in favor of Mao’s insistence that ‘man must conquer nature,’” Shapiro wrote.

She described how “child soldiers” were engaged in a “simultaneous, highly coordinated, and compulsory mass slaughter of sparrows [that] was a singularly foolish episode of wasteful mobilization of human energy in an effort to alter the natural world.”

Professor and historian Frank Dikötter, in his 2010 book Mao’s Great Famine, further described the campaign against the little birds.

“Timing was of the essence, as the entire country was made to march in lockstep in the battle against the enemy, making sure the sparrows had nowhere to escape,” Dikötter wrote. “In the cities people took to the roofs, while in the countryside farmers dispersed to the hillsides and climbed trees in the forests, all at the same hour to ensure complete victory.”

“Mao viewed nature as an enemy to overcome, an adversary to be brought to heal, an entity fundamentally separate from humans which should be reshaped and harnessed through mass mobilization,” Dikötter wrote.

A Chinese professor more recently told author and filmmaker Kay Rubacek about why his war on sparrows took place, linking it to ideology.

“It’s not that the CCP doesn’t know that destroying sparrows will cause problems. This is the CCP’s methodology. It wants to use these methods to add continual struggle to people’s lives. So, you are told it is necessary to eliminate sparrows,” the professor told Rubacek as featured in her book Who Are China’s Walking Dead?

A year after the Four Pests campaign was launched, sparrows had been pushed to near extinction and they were replaced on the campaign hit list by bed bugs.

The campaign against the sparrows led to a rise in their prey, such as crop-eating locusts, that resulted in further pressure being placed on crop yields already fettered by other inept Great Leap Forward policies. This greatly added to crop failures as crop-eating pests were rampant and ate everything in their path. This exacerbated food shortages and even more people starved to death in China.

Tragically for the people of China, the Great Leap Forward brought on mass starvation, which is now known as the Great Famine. Through rare access to Party archives, Dikötter estimated that the 4-year-long famine caused at least 45 million deaths with up to 2-3 million people being killed violently during the related chaos.

Mao Zedong’s war on sparrows was just one of the many disastrous policies of the Chinese Communist Party that led to more deaths under Mao Zedong than under Stalin and Hitler combined, according to estimates.