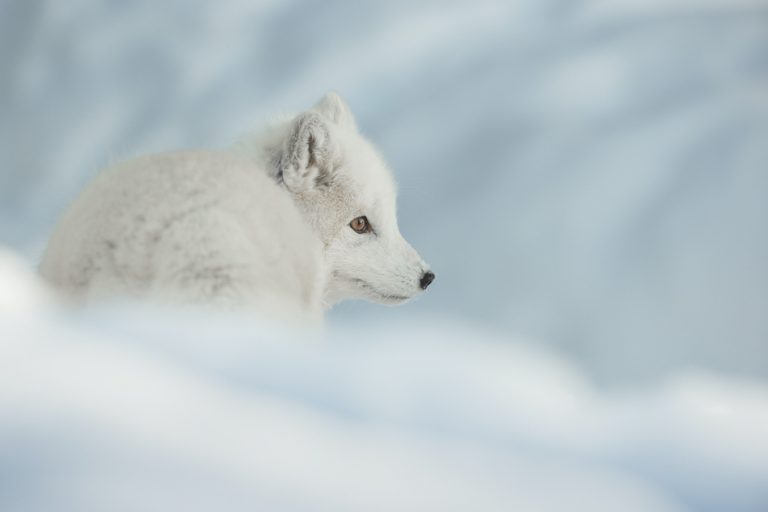 'White … is not a mere absence of color; it is a shining and affirmative thing, as fierce as red, as definite as black…. God paints in many colors, but He never paints so gorgeously, I had almost said so gaudily, as when He paints in white.' Gilbert Keith, Chesterton British author, 1874–1936. (Image: Andrew Astbury via Dreamstime)

White is the lightest color and according to physics, white light comprises all hues on the visible light spectrum. As a landscape, one might think of soft white snow, ice, sand, or salt. In buildings, white may be chosen in the design to reflect the sun’s heat or to brighten up a space. But white does not represent the same thing to every culture.

In Ancient Egypt, priestesses wore white as a symbol of purity, and white also symbolizes cleanliness, explaining why doctors wear white jackets. White in Chinese culture is predominantly worn at funerals, so it has a strong association with death and mourning — it is considered to express sorrow. In traditional Chinese medicine, keeping the 5 elements in mind, white is associated with metal and symbolizes brightness, purity, and fulfillment.

White can feel simple, clutter-free, and very much like a clean slate or a new beginning. Here are some places and things to explore throughout our enchanting planet showcasing white. How do they make you feel?

Considered one of the most romantic gestures in history, the Taj Mahal was built in 1631 to honor the Mogul Emperor’s beloved wife Mumtaz, who died during childbirth. It took 22 years to build. It is one of the universally admired masterpieces of the world’s heritage and is made of white marble.

The Edelweiss flower is a beautiful and delicate flower in appearance, yet every one of the flower’s organs is designed to withstand extreme weather. In Switzerland, the flower was on the back of coins, planes, and the tourist board logo despite the flower originally coming from Siberia or the Himalayas. The flower itself helped shape Switzerland’s national identity. Listen to the song “Edelweiss” from The Sound of Music as this tells it all.

“The place where Heaven meets Earth” is the nickname for Bolivia’s iconic salt flats at Salur De Uyun. With a surface that is 4,000 miles long (6,437 kilometers) and at an altitude of more than 12,000 feet (3,500 meters) above sea level, when it rains, the water collected on the ground becomes a large mirror where you see the sky or “Heaven” reflected. Many incredible photo opportunities have come out of this place — it is out-of-this-world beautiful.

Xiaolongbao is a type of steamed bun (baozi) from the cuisine of Shanghai. Also known as soup buns, these delicate parcels steamed in bamboo baskets have pork and soup broth inside. I think they were best named by late celebrity chef Anthony Bourdain as “pillows of happiness.” But here is the full quote, and it comes with some sound advice: “I translate them as pillows of happiness that will scald your tongue and throat if you don’t know what you’re doing.”

Surrounded by a huge forest is Tokyo’s most famous shrine, Meiji-jingu. When they first built the shrine, they gathered seeds from tree species in different prefectures across Japan as gifts to the royal family. Planted here, they have now grown into the forest that surrounds the shrine. Up to 15 Shinto weddings a day are performed in the shrine.

It is traditional for the bride to wear a white kimono, symbolizing purity. The Meiji Kinenkan website states: “In this unchanging traditional ceremony, the couple pledges to become a new family, expresses gratitude to the gods and their ancestors, and prays for divine protection.”

Harbin is known to many as the “Ice City” and it is not just for its bone-chilling temperatures. It holds its famous Harbin International Ice and Snow Festival, gathering around 10-15 million international visitors. The festival is held from January to mid-March, with January temperatures ranging from 8.6ºF to 11.2ºF (13ºC-24ºC). Not only are there ice theme parks, there are mind-blowing snow and ice sculptures, along with the highly anticipated ice lantern festival. Dress warmly.

White Desert National Park looks like something from a sci-fi movie. A few hours from Cairo, these unique calcium rock formations exist. They have been formed by centuries of erosion and sand storms. The names have me chuckling — “Monolith,” “Inselberg,” and wait for the funnier ones… “chicken and tree,” “ice cream,” and “mushroom.” Many travelers camp here at night so they won’t miss the photo opportunities at sunset and sunrise. Plus, on a full moon, they can experience an iridescent glow from the rocks.

The scientific name of the Arctic fox is Vulpes lagopus. It is called “Terianniaq” in Greenlandic. There are two subspecies in Greenland — one that lives by the coast where there is no ice generally with a darker grey coat, and another that lives in the white tundra inland in the mountains. This one has a white coat to camouflage itself in the snow. Terianniaq’s white fluffy coat can stand harsh weather conditions up to -112°F (-80 °C). That is no small feat!

The Chiang Kai-Shek Memorial Hall is one of the largest tourist attractions in Taiwan. It was built to honor the Republic of China’s late president, Chiang Kai-Shek. An interesting design aspect of the main hall is the octagon roof — the eight sides symbolic of fortune and wealth in traditional Chinese culture. The four white marble sides are said to be similar to those of the pyramids in Egypt.