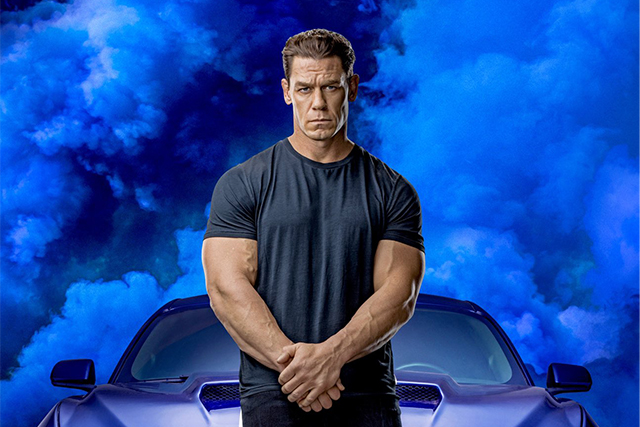 Sometimes, noted actors get mired in controversies. The most recent victim of such a misstep is John Cena. (Image: via Twitter)

Sometimes noted actors get mired in controversies while promoting their upcoming films or publicity events. In the most recent incident, John Cena angered China over a comment he made about Taiwan.

John Cena is an American professional wrestler, actor, and television presenter. Cena first starred in The Marine and gained praise for his performances in Trainwreck, Ferdinand, Blockers, and Bumblebee. He also released a rap album called You Can’t See Me, which went platinum. Outside his work in entertainment, Cena is also known for his involvement in numerous charitable causes, namely with the Make-A-Wish Foundation.

John Cena angered China and unwittingly ruffled the feathers of his fans there while promoting his latest film Fast & Furious 9. The star called Taiwan a country in a recent promotional interview. The fact that John Cena called Taiwan a country did not go down well with his fans in China. The outburst on various social media platforms was prompt and massive, compelling the actor to issue an apology.

What is the brouhaha all about?

The interview, which was broadcast a few weeks back, showed the actor speaking in Mandarin about Taiwan being the first “country” where his upcoming film will be shown. The interview was given to TVBS, a Taiwanese channel. This made the Chinese Communist Party (CCP) see red, as they are particular about promoting the island as a part of mainland China.

A quick apology from the actor

The actor did not waste any time issuing an apology after facing a huge backlash over his comment on Taiwan. He said in Mandarin Chinese: “In one interview, I made a mistake. I need to say now that this is very, very, very, very, very important. I love and respect China and the Chinese people. I’m very, very sorry. As for my mistake, I really apologize for it.”

The apology was posted on his Weibo account. His reaction is logical given the fact that the actor has a huge fanbase in China. On Weibo itself, he has over 600,000 followers.

An apology or kowtowing?

Incidentally, it was not only the actor’s Chinese fans who expressed anger. Cena also faced flak from U.S fans and politicians who accused him of kowtowing to China. Arkansas Senator Tom Cotton called his act of apology pathetic.

While the apology issued by Cena drew mixed reactions on Chinese social media, the issue has not affected the business prospects of the film. To date, Fast & Furious 9 has grossed approx US$155 million at the Chinese Box office. The film was released in China on May 21, 2021, ahead of its launch in the U.S.

What is the reality of Taiwan’s sovereignty?

Taiwan is a self-governed island state, but this fact has often been denied by the ruling CCP, which insists Taiwan is a part of the Chinese mainland. Since 1949, Taiwan has been ruled by its own government, but Beijing has continued to interfere in Taiwan’s international activities. In fact, it has also hinted at the forceful takeover of administrative operations in Taiwan.

China’s aggression toward its neighbors

In recent years, China has been showing an aggressive stance on territory-related issues with neighboring counties in the region. It made headlines with its territorial claims in the South China Sea and by occupying areas in Bhutan and Tibet. And it has always been adamant about maintaining a domineering attitude concerning Taiwan and Hong Kong.

China has also exerted pressure on several foreign firms over their official statements on Taiwan, Tibet, Xinjiang, and Hong Kong on several occasions. Several multinationals and airlines have faced pressure from the CCP to refer to Taiwan as a part of the Chinese mainland. Brands like Adidas and Nike have also faced consumer boycotts in China over their observations regarding forced labor in China.