‘A Family Tour’: Film About Chinese Exiles Has Online Premiere 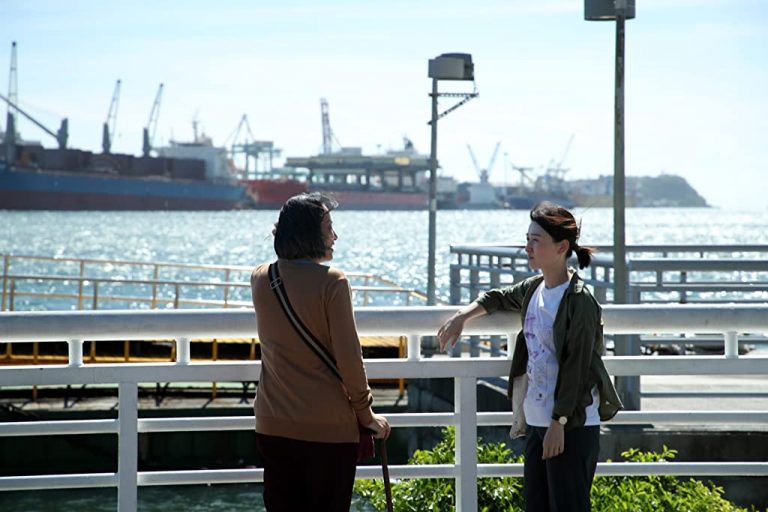 A Family Tour is a film co-produced by the Taiwan Public Television Service and Chinese director-in-exile Ying Liang. The story is semi-autobiographical, holding rather closely to the experiences of Ying Liang and his own family wandering in a foreign country, and the film was made to show the preciousness of freedom on film.

The film is about a woman named Yang Shu, a Chinese film director who has been punished by the Chinese government for one of her earlier works and who fled to Hong Kong, where she has been stranded ever since. Her mother, Chen Xiaolin, is suffering from stomach cancer and wants to see Yang Shu and her grandson before undergoing an operation for her cancer.

Yang Shu and her Hong Kong husband take their 3-year-old son from Hong Kong to Taiwan to attend a film festival for a screening of a film she made five years earlier. Planning to take this opportunity to get together with her mother, Yang Shu’s husband also books his mother-in-law on a tour to Taiwan. However, when Chen Xiaolin is not allowed to leave her tour group, her son-in-law makes arrangements with the tour manager for his family to trail along with the group while pretending to be old family friends. He has to book his family into the same hotel as the tour group, check the tour group’s route, and assist the family in meeting at hotels and scenic spots in Taiwan.

A Family Tour was selected to be entered into the main competition at the Locarno Film Festival in Europe and was the opening film.

After its world premiere in Switzerland, the newspaper Neue Zürcher Zeitung commented on the film’s use of censorship and political repression as subject matter to portray a reality within China that has not been shown in the West. It is really a good way to understand the unseen side of China.

Director Ying Liang, who won a Golden Horse Award for his short film A Sunny Day in 2016, recalls how he felt when he created A Family Tour and admits that when the film was completed in 2018, he had a feeling that many things would change, so he was very anxious to shoot it. Ying Liang says: “The situation has been very different in the past few years. Now, I probably wouldn’t have the same mood or opportunity to express myself. I’m glad I stuck with it and finished it. I’m also curious to see if the Taiwanese can see some projections of themselves in it, and I’m looking forward to the feedback.”

‘A Family Tour’ filmed in Taiwan and Hong Kong

Producer Zeng Wenzhen recalls that the film was mainly set in Taiwan, with the production team consisting of 80 percent Taiwanese staff. Filming was done in both Taiwan and Hong Kong. There is a line of dialogue in the film: “There is nothing that you cannot say in Taiwan,” which highlights the stark difference between the artistic freedom of Taiwan versus the censorship in mainland China.

Zeng did not expect the situation across the Taiwan Strait to change so much after the film was completed, but Chinese tour groups have since stopped coming to Taiwan. She sees the film A Family Tour as a story stuck in time and space, unable to move forward and unable to return. On the occasion of the second anniversary of the Anti-Extradition movement that broke out in Hong Kong on June 9, 2019, Taiwan Public Television Service premiered the film A Family Tour online as a reminder of the preciousness of freedom in Taiwan, and as a tribute to those who are still living in exile in a foreign land and have to remain outside China to keep their freedom.

Ying Liang, who currently lives in Hong Kong, continues to write. Faced with the fact that the situation in Hong Kong is no longer as it was, he says that there may not be much room to fight for rights in the external environment, but not much has changed inside himself. Ying Liang says that he still wants to use his films to say what he wants to say, but he is not the only one in exile. Many people of this generation are going through exile both mentally and physically. “As long as people resist, I am free. I am my own foreign land.”