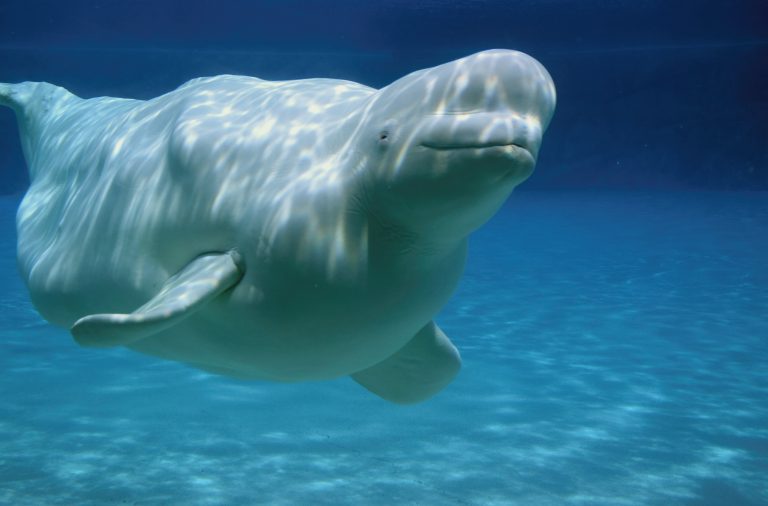 The beluga whale is a cetacean, which includes other whales as well as dolphins and porpoises. (Image: Serena Livingston via Dreamstime)

To rescue trapped wildlife, humans have donned many hats. However, it was unusual to find rescuers resorting to playing classical music tracks to save trapped beluga whales! This is what Operation Beluga was all about. The episode was a part of the history of the former Soviet Union. The incident took place at the Chukchi Peninsula in the 1980s and it managed to make headlines, drawing widespread praise from all quarters. Newspapers at the time published the incident with headlines like “Soviet Icebreaker Saves Whales.”

What is a beluga whale?

The beluga whale is a cetacean, which includes other whales as well as dolphins and porpoises. It populates the artic and sub-artic regions. It is also known as the white whale, as it is the only cetacean to regularly occur in this color. Due to its high-pitched calls and its melon-shaped head, it is also referred to as the melon-headed whale.

In 1959, the icebreaker Moskva was delivered to the USSR by a Finnish company called Wärtsilä. The ship was powered by a powerful diesel-electric engine. It was deployed to assist hundreds of ships stuck in the ice in the North Sea, spanning from Murmansk to Vladivostok. The Moskva’s powerful engines enabled the ship to break through thick ice chunks faster. However, the authorities did not imagine in their wildest dreams that the ship would be useful for rescuing a group of beluga whales trapped in the ice.

The incident took place in December 1984. The Chukchi Peninsula is known for its inhabitants, the Chukchi or Chukchee indigenous people. In 1984, a Chukchi hunting group found a large group of beluga whales in the frozen water. They usually hunt belugas for food, but they realized these creatures were actually trapped in the ice. The helpless whales were trapped as they were swimming within pools of open water, encircled by ice. There were about 3,000 whales in total.

It is hard to say how the group of beluga whales got stuck in the ice. They might have chased prey such as cod and become trapped in the straight. The chunks of drift ice were too strong for the creatures to break apart.  They could not swim under the ice as it was beyond their capacity to hold their breath that long underwater. The hunters informed the authorities and soon experts reached the spot in helicopters. The locals bought frozen fish so that the trapped beluga whales could eat and survive.

The Moskva to the rescue!

As the Moskva started breaking the ice and clearing a path, the trapped beluga whales did not follow it initially. The whales were apparently scared by the loud noise of the engines and propellers.  At that time, a member of the ship’s crew chanced upon the idea to play music to attract the whales. The crew used the ship’s speakers to play classical music at a high volume. This did the trick and the whale started following the ship.

The New York Times wrote about the incident: “This operation was truly experimental. At last, someone recalled that dolphins react acutely to music. And so music began to pour off the top deck. Popular, martial, classical. The classical proved most to the taste of the belugas. The herd began to slowly follow the ship.”

The ship crew was eventually able to rescue almost 2,000 trapped whales and led the creatures into open water. The Soviet government had to spend approximately US$80,000 for the operation. What the Moskva crew did can only be described as an unusual version of the pied piper!