One Kind Act Is Everlasting and Creates Another and Another… 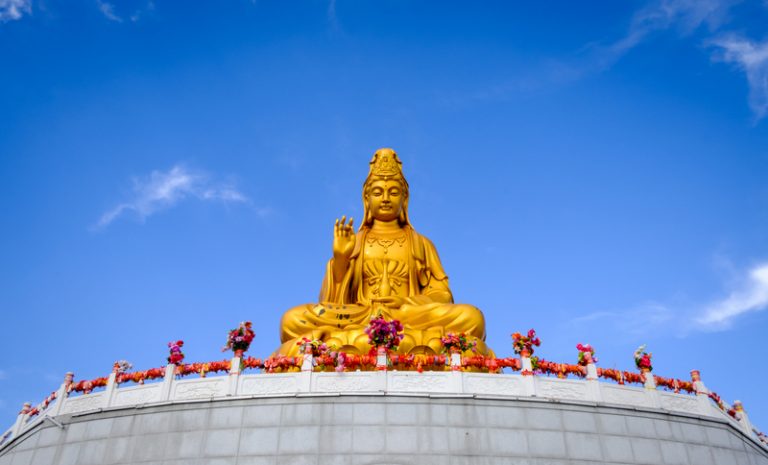 Goddess of Compassion. One kind act is everlasting and Creates Another and Another... (Image: via Dreamstime.com © Dongli Zhang)

A kind act is timeless. In the year 601 B.C., during the Spring and Autumn period, Prime Minister Zhao Dun of the Ji state was traveling on his way to the capital Jiangyin.

While traveling in a carriage, Zhao witnessed a young man lying on the ground under a Mulberry tree. The man had fallen to the ground due to starvation. He was too weak to stand up.

Immediately, he ordered the carriage to be stopped. With food in hand, he approached the young man and offered him some food. After consuming some food, the man slowly gained strength and opened his eyes.

Upon questioning the young man, Zhao soon learned that he was a messenger from Jiangyin who was returning home. Having consumed all his food on his journey, he was ashamed to beg for food and disliked stealing food for survival. As a result, he fell on the roadside due to his weakened state. Zhao Dun immediately presented him with two parcels of dried meat.

The messenger accepted the gifted parcel of meat and thanked Zhao. Despite being in a state of starvation, the young man didn’t eat the meat right away. Puzzled by the young man’s behavior, Zhao asked him why he refused to eat the meat. He replied that he wanted to take this delicious food to his elderly mother. Upon hearing this, Zhao was impressed by his filial respect.

Zhao asked him to eat two pieces of meat in order to be strong enough to walk. He gave the young man another two parcels of meat and one hundred dollars  to complete his journey home. Soon thereafter, Zhao left without asking the young man his name.

Zhao was once invited to a banquet by the King of Ji state. The King of Ji had already arranged an ambush in order to assassinate Zhao. Fortunately, Zhao was aware that something was not right and left the banquet immediately. Learning that Zhao had escaped, the King was outraged and ordered his men to go after Zhao and kill him on the spot.

A kind act happened at a critical moment

At a critical moment, a soldier suddenly appeared and helped Zhao to get onto a carriage to run away. This soldier fought bravely with those killers to the last minute. Zhao later learned that this brave soldier was none other than the young man who he saved from starvation under the Mulberry tree three years earlier.

Word soon spread about Zhao’s kindness and everyone praised him. As an ancient saying goes:

“The favour you extend to another, even though it may seem trivial to you, may be immensely significant in the eyes of others!”

During the Warring States period in ancient China, there was a benevolent elder sage in Wei state named Tian Zi Fang. When the King of Wei state heard about Tian’s popularity, he asked Tian to be his teacher and often consulted him about state issues.

One day, Tian saw an old horse still being used to haul a carriage. He was deeply moved by this scene so he asked the carriage driver: “Whose horse was this originally?” The driver replied: “It was originally part of a duke’s livestock, but he sold it off because it was too old and in an ill condition. It was no longer useful to him.”

During this time, there were many old and feeble warriors who once served their country.  In the kingdom that they fought for, they were now in a state of being just like the old horse. Nobody held great regard for them. Upon hearing about Tian’s redemption of an old horse, these warriors held him in great regard for his kind act and wholeheartedly supported him.