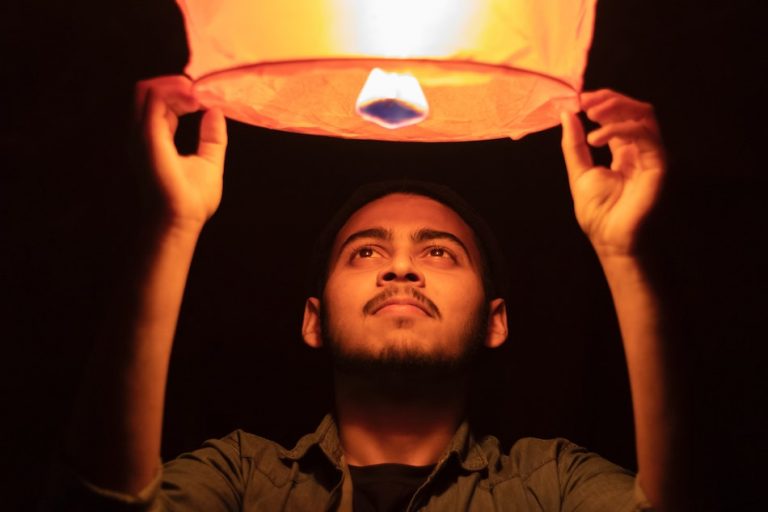 In the East, orange is a sacred color and its warm glow is often associated with a positive outlook. (Image: Ehteshamul Haque Adit via Unsplash)

Our world is an incredible place to explore, travel to, or just open your eyes and heart up to. Orange is a color that represents energy, vitality, cheer, excitement, adventure, warmth, and good health.

It is an amazing design, when you stop to think about it, that sometimes you can tell the time by color. In springtime, pink blossoms fill the trees in Japan. In fall, you see the green leaves turn shades of orange as they start to fall off the trees in New England.

In Eastern cultures, orange is a sacred color, as can be seen by its use for monks’ robes in Thailand, whereas in the U.S., orange is the color of prison uniforms.

How warming is it when you are hit with the orange of a sunset? And how spectacular is nature to witness the show of orange in those great migrations of orange monarch butterflies?

Here many of the enchanting things found on our planet uplift you via the color orange.

In the 1980s, in an effort to preserve the environment, Buddhist monks in Thailand began tying their traditional orange-colored robes to trees. It was symbolic of ordaining trees, as the monks tried to stop land clearing that was taking place for cash crops. They got a lot of support from the wider community and managed to succeed at stopping land clearing at times.

The golden lion tamarins get their name from the vibrant orangey-gold hair that envelopes their bodies, surrounding their faces like an elegant lion’s mane. These furry friends are an endangered species and endemic to the Atlantic coast of Brazil. Being so small, they are a prime target for predators. But these little monkeys have evolved in a clever way to keep their numbers up. Instead of producing one youngster at a time like most other primates, they nearly always give birth to twins.

If you are looking to find amber in nature — the gemstone made from fossilized tree resin — then Curonian Spit in Lithuania is the place. It is a 61-mile (98 km) stretch of the Baltic Sea. The Baltic mythology surrounding this area says it was formed by Neringa — a giantess who played on the seashore. This child giant is in a few Baltic myths. Her character is likened to that of a female version of the Greek Heracles.

With a diameter of 300 feet (90 m), Grand Prismatic Spring found in Yellowstone National Park is the largest hot spring in the U.S. The geyser was named for its striking coloration. It has the colors of the rainbow, but here we are seeing the vivid oranges. The varying colors are the result of microbial mats around the edges of the mineral-rich water.

The Disney film Finding Nemo brought this sweet little orange fish with its white and black stripes into the hearts of many people. Clownfish have a symbiotic relationship with sea anemones. The anemones keep the clownfish safe from predators and also offer up food scraps. And then to return the favor, the clownfish lure other fish into the anemones with their bright colors — the sea anemones then poison these fish and eat them.

Celebrated in Chiang Mai in the northern part of Thailand, the Yi Peng Festival draws a large crowd that comes to release these beautiful paper lanterns into the sky. The releasing of these lanterns symbolizes letting go of all the ills and misfortunes of the previous year. The festival has its roots in Buddhism and takes place each year on the evening of the 12th full moon in the Thai calendar.

Jal Mahal is a breathtaking water palace that sits in the middle of Man Sagar Lake in India. It was built in red sandstone and when the lake is full, 4 out of the 5 stories get covered in water leaving only the top visible. It is one of the most visited and photographed sites in the country, and it feels like it’s right out of the pages of a fairy tale.

Cloudberries are a delicacy in Norway, Sweden, and Finland. They are found only at high altitudes with insulating snow that nourishes them through the winter. Normally eaten frozen, when over-ripe, they are creamy like yogurt and sweet. Each plant has only one flower, producing a single berry on a single stem.

Here we get to see orange in the ancient world of Egypt. The border between the living and the dead, the Theban Necropolis in Al Agaleta, Egypt, uses a yellow-orange hue called realgar, which was used by ancient Egyptians in their tomb paintings.