Reports of Chinese Fishing Vessels in Argentina Waters Cause Alarm 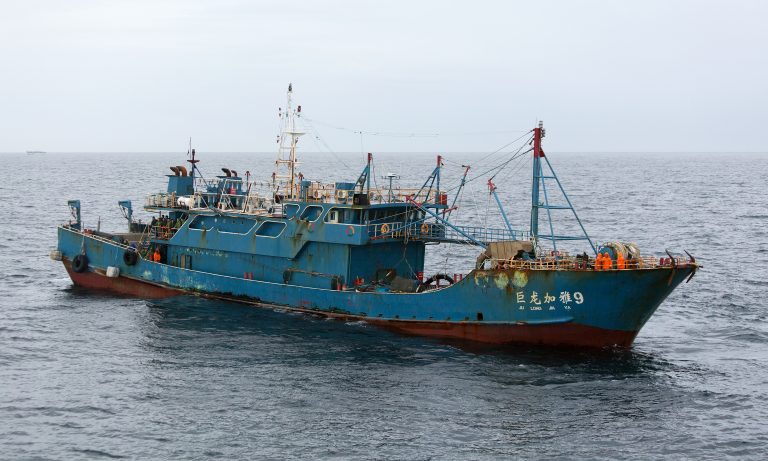 Reports of China invading territories of other countries have been making headlines lately. Attempts to occupy parts of Bhutan, incursions in the South China Sea, aggressive behavior along the Indian border, and now Chinese fishing vessels are reportedly invading coastal waters belonging to Argentina.

The Chinese fishing vessels allegedly entered Argentina’s waters and indulged in what can be described as illegal fishing as these ships deliberately hid their locations. The Chinese fishing fleets essentially went dark unexpectedly, which makes their intentions questionable. A recent study by ocean-conservation non-profit Oceana throws light on these incidents.

The Oceana report highlights a troublesome trend among Chinese-flagged fishing vessels, which were largely squid jiggers. Oceana analyzed the activity of fishing vessels along the border of Argentina’s national waters from January 1, 2018, to April 25, 2021, using Automatic Identification System (AIS) data from Global Fishing Watch (GFW), an independent nonprofit founded by Oceana in partnership with Google and SkyTruth. AIS devices transmit information such as a vessel’s name, flag state, and location.

Of the fishing visible on GFW, Oceana documented over 800 foreign vessels logging more than 900,000 total hours of apparent fishing. The analysis also revealed that 69 percent of this fishing activity was conducted by more than 400 Chinese vessels.

As part of this analysis, Oceana documented more than 6,000 gap events, instances where AIS transmissions are not detected for more than 24 hours, which potentially indicates vessels are disabling their public tracking devices. These vessels were invisible for more than 600,000 total hours, hiding fishing vessel locations and masking potentially illegal behavior, such as crossing into Argentina’s national waters to fish. The Chinese fleet was responsible for 66 percent of these incidents.

Oceana suspects the Chinese fishing vessels that went dark intermittently off the Argentina coast met other vessels. This can be a sign of at-sea transshipment of a fishing catch to a larger ship. This is how illegal catches are often intermingled with fish that are caught legally.

Marla Valentine, the illegal fishing and transparency campaign manager of Oceana said: “For me, [the most alarming part] was the amount of time that the vessels were missing when we didn’t know where they were. Six hundred thousand hours — that’s just a large amount of time in which there’s no accountability for the fishing vessels in this area.” Valentine added: “If these vessels are turning off their AIS purposely, then it’s a pretty major violation of the fishing laws in the EU.”

China’s distant-water fishing fleet is said to be bigger than that of any other nation. While China is not the only country accused of indulging in illegal fishing, it leads the pack.

There have been numerous instances of Chinese fishing vessels being chased off or seized by coast guards of several countries for illegal fishing and overfishing. Indonesia recently fired at a Chinese fishing boat while several African countries have caught Chinese fishing vessels in their waters. Ecuador recently imprisoned a Chinese crew that caught 300 tons of fish illegally. Earlier this year, the Philippines reported what it said were incursions into its EEZ by 287 maritime militia vessels from China, in a further sign of cracks reappearing in a relationship after a period of rapprochement.

The commercial fishing industry of Argentina contributes 3.4 percent to its national GDP, or some US$2.7 billion. The industry thrives on fish species like Patagonian grenadier, Argentine hake, Argentine red shrimp, and Argentine shortfin squid. The Chinese vessels were suspected of fishing in and around San Jorge Gulf and San Matias Gulf, the ideal area to catch shortfin squid.

The European Commission regards illegal, unreported, and unregulated fishing as a major threat and believes it can hamper ecosystems, especially in South America. While the absence of AIS may not mean the vessel is actually fishing illegally, the possibility certainly exists.