Do People Need to Have Faith? 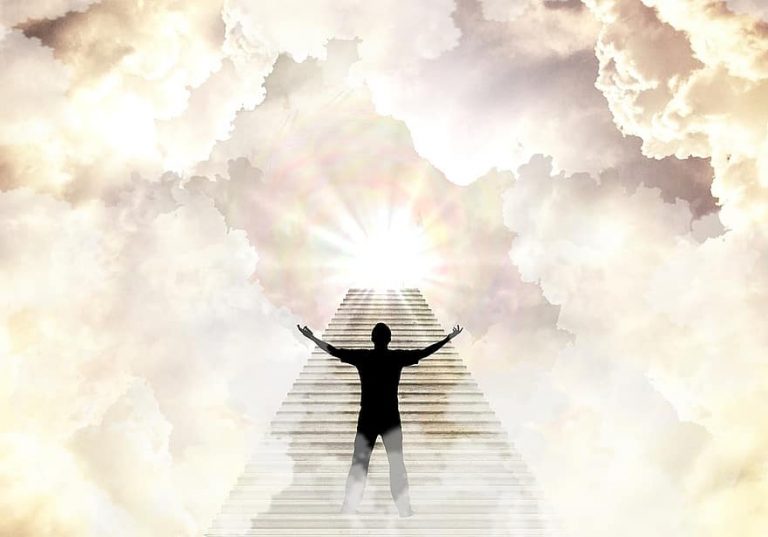 One may ponder why people commit crimes and wether they would have committed them had they possessed a strong faith. (Image: Pikist)

How important is faith? Does it have an impact on how we treat one another and our ability to discern right from wrong?

The following story explores that question and portrays the true accounts of a Chinese judge, who would ask those convicted of a serious crime about their faith.

Is there a guiding, harmonizing, or correcting power in faith?

The judge who questioned faith

Guo worked as a registrar in the First Criminal Trial Division of the Nanjing Intermediate People’s Court, and whenever an execution was ordered, he would query them.

Guo would ask them: “Are you afraid of facing retribution for your wrongdoings?” As a result, they would hesitantly look at Guo and reply: “Judge Guo, isn’t that all just superstition if seen materialistically?”

Guo would repeat his question: “Are you really not afraid of facing retribution in a place where bad people go?”

At this point, they would become impatient and say things like: “Where would that place be? I grew up hearing my teachers and parents saying that there is no place in the afterlife where good people or bad people go.

“I have never seen hell or heaven, nor have I seen God or the devil. I’ll die sooner or later. There’s no difference if I die at 80 or if I die soon. If I die, I’ll die, so what’s there to be afraid of?”

Then Guo would ask again: “Do you really think there is no such place where people who have committed great sins will have to answer for their crimes after death?”

At this point, they would look at Guo with confusion and mutter: “If I knew there really was such a place, I wouldn’t have killed anyone.”

Although these criminals have no moral principles to temper their evil desires, the ones who should get an even more severe punishment are those who are responsible for intentionally making it impossible for the Chinese people to know of the divine principles upon which all morality is based.

The question about Heaven and Earth has been a matter of debate for as long as we can record dialogues.

Even scientists who have to be as rational and data-oriented as possible, often could not help but arrive at the assumption that there must be a supreme intelligence, because coincidence would be too random to create all the marvels, laws, and principles that govern this universe. They thus had faith.

Known as the founder of the scientific method, Sir Francis Bacon believed that gathering and analyzing data in an organized way was essential to scientific progress.

In an essay on atheism, Bacon wrote:

“God never wrought miracle to convince atheism, because his ordinary works convince it. It is true, that a little philosophy inclineth man’s mind to atheism; but depth in philosophy bringeth men’s minds about to religion. For while the mind of man looketh upon second causes scattered, it may sometimes rest in them, and go no further; but when it beholdeth the chain of them, confederate and linked together, it needs to fly to Providence and Deity.”

“Perhaps you will say: ‘I have never seen or heard of God, so how can I believe in the existence of God?’ Yes, you have the five senses: sight, hearing, smell, taste, and touch, but there are limits to these five senses; sound, for example, can only be heard by human beings at wavelengths in the range of 20 Hz to 20,000 Hz ……”

The same goes for vision; you can only see objects that emit visible light, and visible light is only a small band in a large family of electromagnetic waves. Modern cosmology uses dynamic methods to study galaxies to obtain a total mass of galaxies that is always much greater than the sum of all visible galaxy masses, while scientific studies now believe that dark matter in the universe is at least hundreds of times higher than visible matter and almost dominates the movements and evolution in the universe.

Scientists have discovered that everything in the world around us is so precise and ordered. If all the natural constants, such as the electron charge, the mass of protons, the coupling constants of the interacting forces, etc., were slightly different, atoms would not come together, stars would not burn, and planets, the Earth, and life would not exist.

More than 200 years ago, the great scientist Isaac Newton hosted a stubborn atheist and invited him to view a homemade orbiter of the stars and the solar system. The guest marveled at the precision of its orbit and asked: “Who made it and how?”

Newton said humorously: “Spontaneously and randomly.” Newton then asked rhetorically: “If you think that even a small star orbiter cannot arise spontaneously, randomly, and by chance, why would you insist that this vast universe and everything in it arose randomly and by chance?”

This goes to show that faith can be understood as more than just believing in God. More than that, faith is acknowledging that there is more to everything than what we perceive as being the final truth.