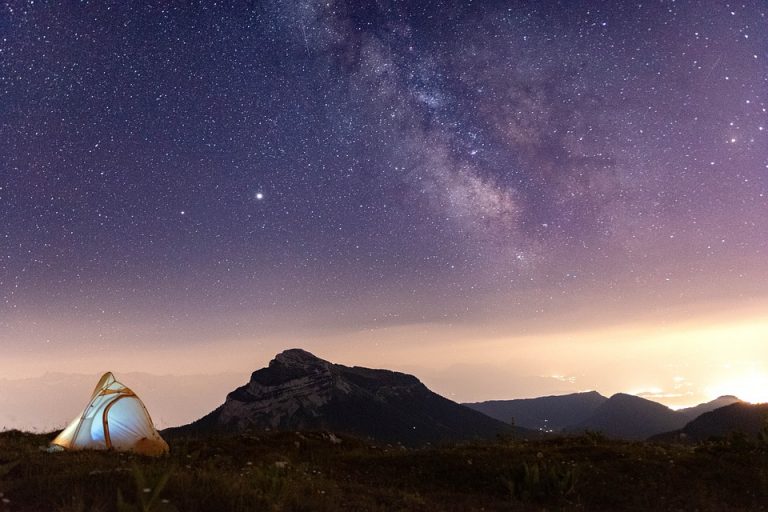 This research has generated a great deal of scholarly interest, as well as energetic debate among proponents of alternative theories to dark matter, such as Modified Newtonian dynamics (MOND). (Image: via Pixabay)

The most accurate distance measurement yet of ultra-diffuse galaxy (UDG) NGC1052-DF2 (DF2) confirms beyond any doubt that it is lacking in dark matter. The newly measured distance of 22.1 +/-1.2 megaparsecs was obtained by an international team of researchers led by Zili Shen and Pieter van Dokkum of Yale University and Shany Danieli, a NASA Hubble Fellow at the Institute for Advanced Study, Danieli said:

“Determining an accurate distance to DF2 has been key in supporting our earlier results. The new measurement reported in this study has crucial implications for estimating the physical properties of the galaxy, thus confirming its lack of dark matter.”

The results, published in Astrophysical Journal Letters on June 9, 2021, are based on 40 orbits of NASA’s Hubble Space Telescope, with imaging by the Advanced Camera for Surveys and a “tip of the red giant branch” (TRGB) analysis, the gold standard for such refined measurements. In 2019, the team published results measuring the distance to neighboring UDG NGC1052-DF4 (DF4) based on 12 Hubble orbits and TRGB analysis, which provided compelling evidence of missing dark matter. This preferred method expands on the team’s 2018 studies that relied on “surface brightness fluctuations” to gauge distance. Both galaxies were discovered with the Dragonfly Telephoto Array at the New Mexico Skies Observatory. Van Dokkum said:

“We went out on a limb with our initial Hubble observations of this galaxy in 2018. I think people were right to question it because it’s such an unusual result. It would be nice if there were a simple explanation, like a wrong distance. But I think it’s more fun and more interesting if it actually is a weird galaxy.”

In addition to confirming earlier distance findings, the Hubble results indicated that the galaxies were located slightly farther away than previously thought, strengthening the case that they contain little to no dark matter. If DF2 were closer to Earth, as some astronomers claim, it would be intrinsically fainter and less massive, and the galaxy would need dark matter to account for the observed effects of the total mass.

Dark matter is widely considered to be an essential ingredient of galaxies, but this study lends further evidence that its presence may not be inevitable. While dark matter has yet to be directly observed, its gravitational influence is like a glue that holds galaxies together and governs the motion of visible matter. In the case of DF2 and DF4, researchers were able to account for the motion of stars based on stellar mass alone, suggesting a lack or absence of dark matter. Ironically, the detection of galaxies deficient in dark matter will likely help to reveal its puzzling nature and provide new insights into galactic evolution.

While DF2 and DF4 are both comparable in size to the Milky Way galaxy, their total masses are only about 1 percent of the Milky Way’s mass. These ultra-diffuse galaxies were also found to have a large population of especially luminous globular clusters. This research has generated a great deal of scholarly interest, as well as an energetic debate among proponents of alternative theories to dark matter, such as Modified Newtonian dynamics (MOND). However, with the team’s most recent findings — including the relative distances of the two UDGs to NGC1052 — such alternative theories seem less likely.

Additionally, there is now little uncertainty in the team’s distance measurements given the use of the TRGB method. Based on fundamental physics, this method depends on the observation of red giant stars that emit a flash after burning through their helium supply that always happens at the same brightness. Shen said:

“There’s a saying that extraordinary claims require extraordinary evidence, and the new distance measurement strongly supports our previous finding that DF2 is missing dark matter. Now it’s time to move beyond the distance debate and focus on how such galaxies came to exist.”

Moving forward, researchers will continue to hunt for more of these oddball galaxies, while considering a number of questions such as: How are UDGs formed? What do they tell us about standard cosmological models? How common are these galaxies, and what other unique properties do they have? It will take uncovering many more dark matterless galaxies to resolve these mysteries and the ultimate question of what dark matter really is.

Provided by: Lee Sandberg, Institute for Advanced Study [Note: Materials may be edited for content and length.]