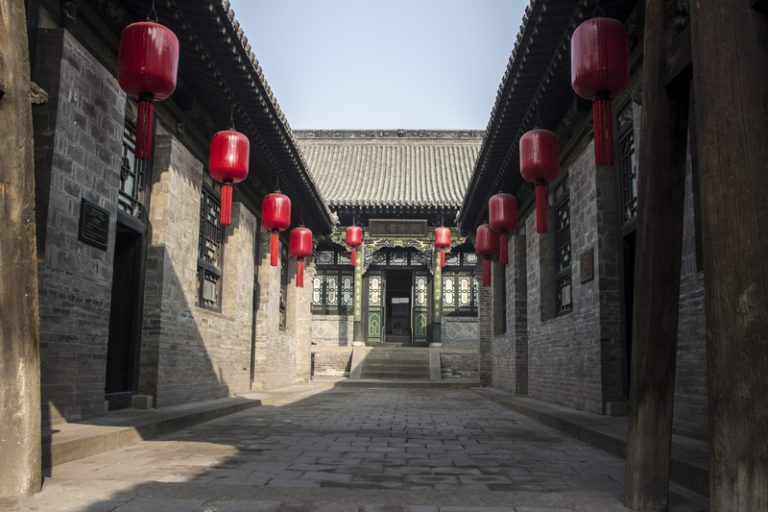 Qiao family compound. Qiao Zhiyong believed that in doing business, it was better to lose money rather than credibility. (Image: Lilyfle via Pixabay)

Jin is an abbreviated name for the Province of Shanxi in China,  So here, “Shanxi merchants,” otherwise known as “Jin merchants,” refers to the group of businessmen from Shanxi Province.

The “Shanxi merchants,” which reached their prime in the Ming and Qing dynasties, were ranked first among the top 10 Chinese merchant groups.

Based on the spirit of Confucianism, Shanxi merchants held sway over Chinese business communities for 500 years. Qiao Zhiyong, an iconic figure of the Shanxi merchants, paid particular attention to “honesty” in business.

Qiao Zhiyong (1818-1907), a native of Qixian County, Shanxi Province, was a fourth-generation member of the Qiao family. He was a famous Shanxi merchant also known as “Bright Richman.”

Qiao spent his childhood reading the classics and passed the imperial examination at the county level when young. Later, because his elder brother passed away, Qiao decided to leave the academic post, went into business, and took charge of the Qiao family’s business.

Shanxi merchants: Doing business should be based on honesty.

Qiao believed that in doing business, it was better to lose money rather than credibility. Based on this philosophy, the Qiao family’s business became increasingly prosperous. A variety of large and small stores with the name of “Fu” in the first character dominated Baotou.

In addition, the two draft banks or Piaohaos — Da Detong and Da Deheng — were situated in commercial ports and harbors all over China. By the end of the Qing Dynasty, the Qiao family had more than 200 draft banks, money shops, pawnshops, and grain shops all over China, with assets reaching tens of millions of taels of silver.

Fushengxi, a big Qiao’s store in the Baotou area, mainly engaged in grain and oil. At the time, many stores resorted to deceit or gave short weights. However, Fushengxi was responsible for the integrity of both the quality and the quantity for the consumers and thus gained a firm foothold in Baotou. As a result, customers flocked to the store in an endless stream.

Once, Fushengxi shipped a batch of sesame oil to Shanxi. Unfortunately, the clerk in charge adulterated it for profit. When the shopkeeper found it, he bitterly reprimanded the clerk, ordered him to pour out the impure oil, and replaced it with pure sesame oil. Such a move caused a significant loss for the Qiao family, but it gained them a good reputation and attracted more customers.

The Qiao family also had the “mixing with impurities” situation, but it was not the so-called “adulteration” type of mixing.

With a good reputation in the Baotou market, the Qiao’s Tonghe store had its busiest working time on Chinese New Year, and the white noodles and rice for sale were all graded.

To provide good food for poor people, Tonghe deliberately mixed the finest rice and noodles into the ordinary ones and sold them to poor people and still charged the ordinary price.

The Qiao family’s “credibility” also contained the spirit of “faithfulness.” Without distinction of birth or rank, the Qiao family accorded all customers equal courtesy.

“Gain profit from righteousness and benefit others at personal expense.”

When the Qiao family’s draft banks declined, the descendants of Qiao Zhiyong also retained his credibility. In the 1930s, the wars in China led to economic recession and the depreciation of the Jin bill. The exchange rate was 25 dollars of the Jin bill to one dollar of the new bill.

In such a situation, how did Da Detong deal with the deposit withdrawals? If Da Detong paid the depositors with Jin bills, their deposits would devalue greatly and Da Detong could take advantage of this opportunity to make a fortune.

However, Da Detong did not take advantage of this crisis to fleece their depositors. Instead, they took out the provident reserve funds and paid the depositors with new bills.

Someone recalled that when Qiao Yingxia said these words, she looked dignified and righteous.

Modern people may think it is incredible for any store to “benefit others at its own expense.” But, in fact, the ancient merchants, especially the Shanxi merchants who admired Confucianism, believed in the principle of “gaining profit from righteousness” and always put “righteousness” as the prime directive to earn benefits.