Rediscover the Charm of ‘Le Petit Prince’: An Animated Film 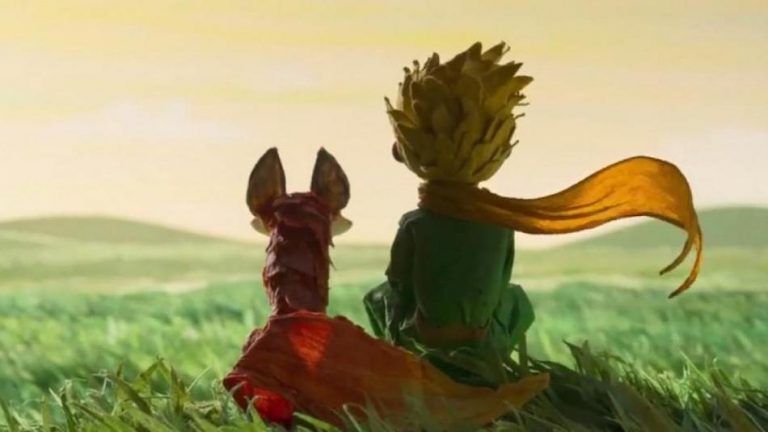 ‘All grown-ups were once children...but only few of them remember it.’ Antoine de Saint-Exupéry, ‘The Little Prince’. (Image: Louisela25 via wikimedia Commons)

Le Petit Prince (The Little Prince) is a much-loved book written by French poet, aristocrat, and pioneering aviator Antoine de Saint-Exupéry. The book was first published in 1943, and along with writing it, Antoine de Saint-Exupéry also painted the beautiful illustrations, crafted with such heartfelt detail. A 3D animated film was made from the book and it holds the same kind of magic.

The story follows a star-traveling prince who visits a number of different planets in space (Earth included). Much of the story is centered around his relationship with a rose that he has been tending to on his home planet. It covers the themes of loneliness, friendship, love, and loss.

Throughout, the story compares children to grown-ups, viewing the grown-ups as people who have lost their imagination and the ability to see what is essential.

Saint-Exupéry’s works were banned by the Vichy regime so he had to wait until the liberation of France before his book was first published in 1943. The book is literally one of the most translated books ever published and one of the best-selling, at over 140 million copies worldwide, with translated copies into 301 languages and dialects. It truly is a universal story.

“The narrator, an airplane pilot, crashes in the Sahara desert. The crash badly damages his airplane and leaves the narrator with very little food or water. As he is worrying over his predicament, he is approached by the little prince, a very serious little blond boy who asks the narrator to draw him a sheep. The narrator obliges, and the two become friends. The pilot learns that the little prince comes from a small planet that the little prince calls Asteroid 325 but that people on Earth call Asteroid B-612. The little prince took great care of this planet, preventing any bad seeds from growing and making sure it was never overrun by baobab trees. One day, a mysterious rose sprouted on the planet and the little prince fell in love with it. But when he caught the rose in a lie one day, he decided that he could not trust her anymore. He grew lonely and decided to leave. Despite a last-minute reconciliation with the rose, the prince set out to explore other planets and cure his loneliness.

“While journeying, the narrator tells us, the little prince passes by neighboring asteroids and encounters for the first time the strange, narrow-minded world of grown-ups. On the first six planets the little prince visits, he meets a king, a vain man, a drunkard, a businessman, a lamplighter, and a geographer, all of whom live alone and are overly consumed by their chosen occupations. Such strange behavior both amuses and perturbs the little prince. He does not understand their need to order people around, to be admired, and to own everything. With the exception of the lamplighter, whose dogged faithfulness he admires, the little prince does not think much of the adults he visits, and he does not learn anything useful. However, he learns from the geographer that flowers do not last forever, and he begins to miss the rose he has left behind.

“At the geographer’s suggestion, the little prince visits Earth, but he lands in the middle of the desert and cannot find any humans. Instead, he meets a snake who speaks in riddles and hints darkly that its lethal poison can send the little prince back to the heavens if he so wishes. The little prince ignores the offer and continues his explorations, stopping to talk to a three-petaled flower and to climb the tallest mountain he can find, where he confuses the echo of his voice for conversation. Eventually, the little prince finds a rose garden, which surprises and depresses him — his rose had told him that she was the only one of her kind.

“The prince befriends a fox, who teaches him that the important things in life are visible only to the heart, that his time away from the rose makes the rose more special to him, and that love makes a person responsible for the beings that one loves. The little prince realizes that, even though there are many roses, his love for his rose makes her unique and that he is, therefore, responsible for her. Despite this revelation, he still feels very lonely because he is so far away from his rose. The prince ends his story by describing his encounters with two men, a railway switchman and a sales clerk.

“It is now the narrator’s eighth day in the desert, and at the prince’s suggestion, they set off to find a well. The water feeds their hearts as much as their bodies, and the two share a moment of bliss as they agree that too many people do not see what is truly important in life. The little prince’s mind, however, is fixed on returning to his rose, and he begins making plans with the snake to head back to his planet. The narrator is able to fix his plane on the day before the one-year anniversary of the prince’s arrival on Earth, and he walks sadly with his friend out to the place the prince landed. The snake bites the prince, who falls noiselessly to the sand.

“The narrator takes comfort when he cannot find the prince’s body the next day and is confident that the prince has returned to his asteroid. The narrator is also comforted by the stars, in which he now hears the tinkling of his friend’s laughter. Often, however, he grows sad and wonders if the sheep he drew has eaten the prince’s rose. The narrator concludes by showing his readers a drawing of the desert landscape and by asking us to stop for a while under the stars if we are ever in the area and to let the narrator know immediately if the little prince has returned.”

In The Little Prince, the narrator talks about being stranded in the desert beside his crashed aircraft and having no food or water, and worrying about his situation. Author Saint-Exupéry took direct inspiration from his own personal experiences during a plane crash in the Sahara Desert in 1935. He writes about the ordeal in his 1939 memoir Wind, Sand, and Stars.

The story is a timeless classic and the film doesn’t age. In 2015, Mark Osbourne adapted the book into a feature-length 3D animated film.

Ricky Gervais plays the conceited man, while James Franco plays the fox, whose lines echo the story’s themes and philosophies on human relationships.

The score is composed by Hans Zimmer and Richard Harvey, while French pop artist Camille is featured on the soundtrack. Camille sings Equation from the soundtrack of Le Petit Prince:

“It is much more difficult to judge oneself than to judge others. If you succeed in judging yourself rightly, then you are indeed a man of true wisdom.”

“And now here is my secret, a very simple secret: It is only with the heart that one can see rightly; what is essential is invisible to the eye.”

“What makes the desert beautiful,” said the little prince, “is that somewhere it hides a well…”