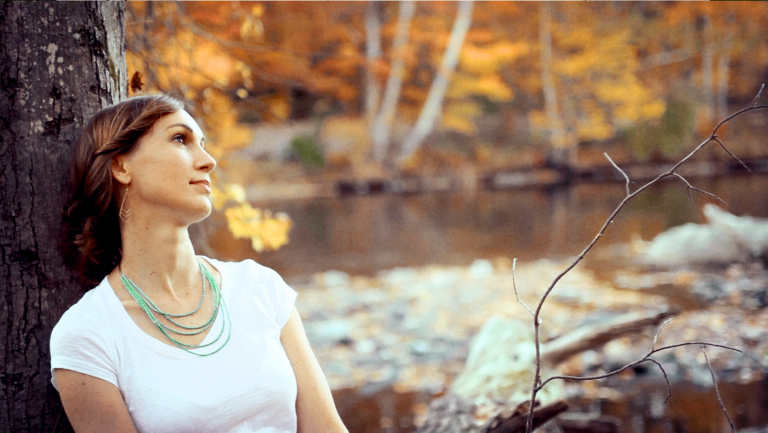 'Michelangelo is a metaphor for the Divine Creator; it is my humble prayer asking to 'carve me beautiful' like a sculptor with a heavy stone.' (Image: via James Smith)

Michelangelo is the fourth offering from Katy Mantyk’s upcoming debut EP From Dust to Gold, a song that pays homage to the great artist Michelangelo and draws parallels to the Divine Creator in how he transforms us.

Observations from the song

The song starts with some piano chords and notes that are gently played with moments of determination. The sound of Mantyk’s voice soon follows, flowing with ease as she radiates her wish in the lyrics: “Michelangelo, carve me beautiful.” The song follows with her engaging observations surrounding the process of creation and transformation.

Later, we are joined by low-key backing vocals by Mantyk that uplift the message “diamonds in the rough — you know that we’re diamonds?” Then, it’s stripped back to the piano as the final message is delivered by Mantyk with such clarity: “Diamonds in the rough, fallen from Heaven above.” She then proceeds to hum a small melody like an echo of the song’s prayer.

Michelangelo speaks to me on a personal level that says: “Remember who you really are and don’t give up!”

Inspired by a film on the artist

Mantyk watched the Michelangelo film The Agony and the Ecstasy and although loosely biographical, it really struck a note in her and propelled her to write the song. This is what she said in an interview with Canvas Magazine as she likens it to her own process of self-cultivation:

“I think about Michelangelo chiseling a heavy, rough slab of marble,” she continued, “Just a big rock. He saw potential in it, that he could make it beautiful. It’s akin to my own self-cultivation, where I work on my inner self, and painfully chip away at ugliness, unrefined human desires, things that block me from higher wisdom and make me heavy and stuck. There are so many parallels.”

“I read an old Chinese fairy tale of a monk choosing a large rock to carve. As the story goes, the rock was too large, and he smashed it in half and began carving one half into a statue of the Buddha. But the rock complained loudly and groaned, and the monk felt bad and started using the other half of the rock instead. That rock quietly endured the pain of the chisel, happy knowing he would become a Buddha statue in a temple and inspire reverence in the divine. And it did. Meanwhile, the rock that couldn’t endure the hardship ended up being a stepping stone in the temple, and was walked on every day as people came to visit the stone Buddha statue.”

Can you hear me

Spin me from dust to gold

What you see beneath it all

Fallen, fallen from heaven above

Make me a melody

If my voice had wings

I would sing in harmony

Where to find more music

Michelangelo is a new release, following other recently released singles Free As a Bird and Shooting Star building on the success of her debut single Search No More, which came out on May 13, 2020.

Her debut EP From Dust to Gold is set for release later this year.

Listen to or buy Michelangelo on her website: https://katymantyk.com/

Listen on Spotify or other streaming music sites.