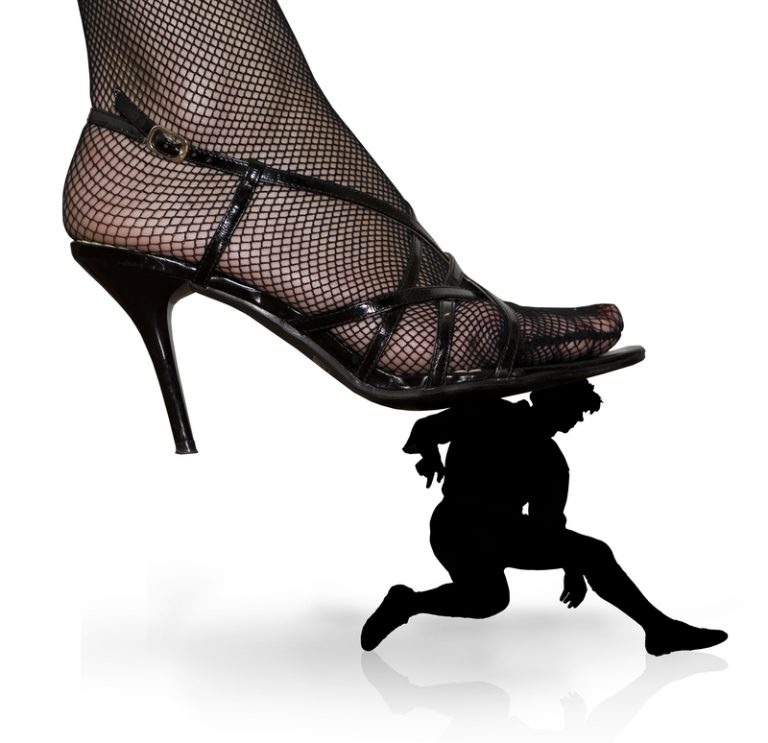 Is there anything feminine left in feminism? Feminism began as the advocacy of women's rights and the belief in social, economic, and political equality of the sexes. (Image: Andrey Sukhachev via Dreamstime)

Feminism began as the advocacy of women’s rights and the belief in social, economic, and political equality of the sexes.

Feminism has taken on many different, seemingly innocent but deceptive faces over the years: from equality, equal rights, women’s liberation, free love, “burn the bra,” girl power… What has feminism become now? Has it lost its way? Is there anything truly feminine left in modern feminism? Has it all become butch, the destruction of the family, society, and the degradation of women and her true role as a child of God?

In the early 1900s, the first major rallying cry for feminism came from the Suffragettes, who famously and rightly fought for women’s right to vote.

Fast forward 100 years and it would appear that interests of the political kind have steeped for the Millennial generation. The Guardian reported in May 2021 that only a third of candidates in English local elections were women. This is surprising considering how many modern-day feminists continue to actively protest for equal recognition in a world “dominated by men in suits.”

Has it become more common to vocalize the want to “change the modern world to be more in favor toward women” than it is to actively step forward and be the one to make such changes happen?

In the early 1930s, during a time when it was taboo for women to wear anything aside from women’s clothing, Marlene Dietrich made her contribution to feminism through fashion. She did so by wearing men’s suits and trousers and famously quoted the following:
“I dress for the image. Not for myself, not for the public, not for fashion, not for men.”

What is the end goal of feminism?

The question I ask is: “Does this quote still resonate with today’s modern-day feminists?

In a generation that has been bought up to believe the Kardashian/Jenner body types classify as “normal,” questions need to be raised on who exactly we are idolizing.

The Kardashian/Jenners amass huge online followings (922 million users collectively). The majority of their social feeds are littered with “modeling” images and videos, most of which involve very little clothing.

All five sisters come under “Instagram’s top 20 most followed.” Yet, what are they really promoting? Better yet, what are WE promoting by feeding into most, if not all, of it?

The message that they each portray is a far cry away from that of Marlene Dietrich, yet if I were to conduct a survey among my peers, (some of whom claim to be modern-day feminists), who would know who she was and what she represented? Yet I can already confirm that every single one of them knows of at least one Kardashian/Jenner.

Generations before ours tirelessly fought against matters such as “sexual oppression,” yet we are living in times that seem to not only glorify the oppression of men and fatherhood, but actively seem to promote it.

In March 2021, the murder of 33-year-old Sarah Everard caused shock waves around the globe. A serving Metropolitan Police Officer (Wayne Couzens) kidnapped and raped Sarah, who had been making her way home after visiting a friend in London. This led to online and external protests, with women crying out for an end to sexism.

There’s a quote that resonates with me: “I am raising a son your daughter can feel safe with. I promise.”

Yet, statistically, 15 percent of males also suffered from domestic violence in the past year. Are there cries for these men to also feel safe in the company of women?

A vast majority of those women protesting claimed to be acting in the name of feminism, yet seemed to have forgotten the message of equality in the process.

It is believed that one in eight males suffers from mental illnesses such as depression and anxiety.

As a Millennial who is raising sons of the next generation, I fear that the fight for equality is being forgotten. In the process of fighting for such, assumptions have been built up that we as Millennial females will break the generational mold by being “the superior gender.” Will the tides change and one day, will my own sons be among the men fighting back for their own equality rights and the rights of both fatherhood and motherhood, as well as the rights of children?