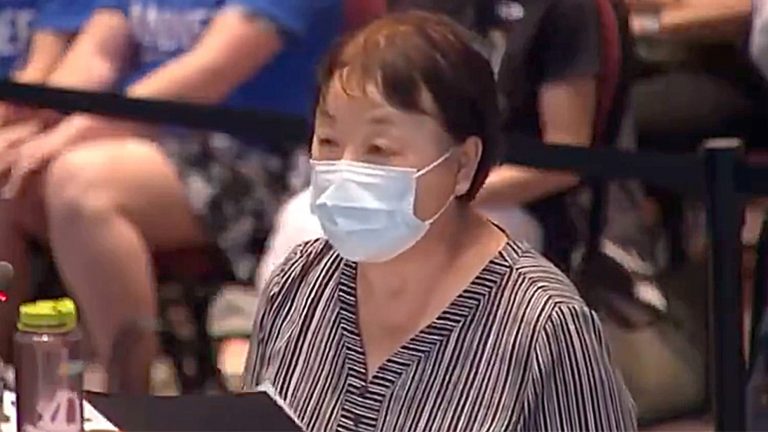 The much-criticized communist regime of Chairman Mao Zedong in China left scars in the minds of millions of people who grew up during that period of history. A Virginia woman who spent her young years under Mao’s regime has lashed out at critical race theory saying it is nothing more than a U.S. version of the infamous Chinese Cultural Revolution. The woman, Xi Van Fleet, spoke her mind at a Loudoun County School Board meeting recently.

Xi, whose son graduated from Loudoun High School in 2015, said: “Critical race theory has its roots in cultural Marxism — it should have no place in our schools. You are now teaching, training our children, to be social justice warriors and to loathe our country and our history.”

Xi grew up in China when the communist regime suppressed the voice of democracy and liberalism in a way that has very few parallels in history. Xi, who fled China when she was 26 years old, said the Communist regime used another version of the theory to keep people divided. They used class in place of race. The brutality persisted until the demise of Mao in 1979.

She recalled events that still affect her to this day. According to her, in China, under the rule of Mao Zedong, teachers and students, known as Red Guards, were manipulated to take opposing stands. The names of schools were altered for the sake of political correctness. The Red Guards destroyed everything they considered bourgeois and against the spirit of Communism — including statues and books. The Chinese Cultural Revolution, a turbulent political purge, caused the deaths of at least 20 million people between 1966 and 1976.

Xi said the memories of the Cultural Revolution came back to mind upon hearing of critical race theory. She expressed her anguish over the fact that she was able to escape the evils of communism, but now it is manifesting in the U.S. under a different name. She slammed the local school board as it had backed the introduction of critical race theory.

Incidentally, her statements and views have drawn support from a section of parents in the U.S. Ian Prior, whose two children attend Loudoun schools, said her remarks are nothing short of a stark warning. He said: “I think for a while now, school systems have really put this stuff in the schools right under our very noses, and we just weren’t aware. It took a pandemic and all the information that parents could see with this distance learning to understand exactly what was going on.”

Critical race theory is a framework that offers policy-makers a race-conscious approach to understanding educational inequality and structural racism.

The much-talked-about theory explains that racism is an inherent part of the social setup. This made Xi see red and she spoke her mind out at the meeting. She even compared the theory to a kind of “neo-racism.” When the revolution in China began, she was just 6 years old. She recalled a horrific incident in which the students deemed a teacher bourgeoisie and assaulted her. The communist squads raided households and ravaged family relics or stuff they thought was against Chinese heritage and culture.

Xi’s video slamming the Loudoun County School Board has gone viral. While the video has drawn media attention, she is not the only one to voice her dissent against the activities of the Loudoun County School District. A few months back, agitated parents began a petition to call back school board members involved in the introduction of critical race theory. It remains to be seen how the state administration reacts to this development.