A Simple Way to Turn Weaknesses Into Strengths 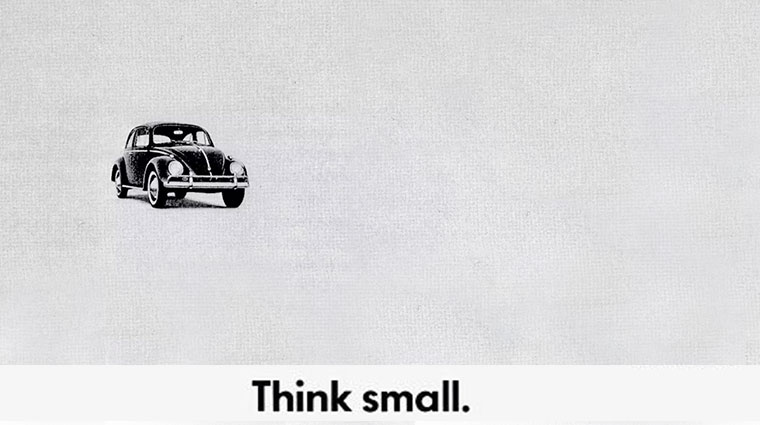 Both strengths and shortcomings can become weaknesses, but you can also turn weaknesses into strengths.

There are many weaknesses in human nature, such as greed, fear, jealousy, laziness, lust, vanity, and superstition. Such weaknesses are exploited by the marketing and advertising world. Whether it’s in business, war, the workplace, or human interaction, if you have insight into the weaknesses found in yourself and others, you can take the initiative and turn weaknesses into strengths.

To turn weaknesses into strengths can also be a selling point

In 1949, a German automobile called the Volkswagen entered the American market. Because the car was small and had a rounded shape, it earned the name Beetle. At the time, large luxury cars were popular in the U.S. The appearance of the Beetle was undoubtedly out of place, and it fell into a desperate situation because no one seemed interested in it.

Ferdinand Porsche, the head of the company, felt the situation was hopeless. In an effort to turn things around, he sent a man named Carl Hahn to America in search of help. Hahn ultimately approached William Bernbach of the New York advertising agency DDB and asked him for advice.

After several days of research and analysis, Bernbach pointed out that since being small was the biggest weakness of the Beetle, why not use the word “small” as a selling point? Bernbach’s innovative idea would revolutionize the advertising industry.

Several days later, a Beetle advertisement appeared in the media. In an almost self-deprecating tone, the ad exposed the disadvantages of the Beetle, pointing out the car’s small size and ugly shape. At the end of the ad was a short section espousing the benefits of being small: easy parking, low insurance costs, and low maintenance costs.

This distinctive advertisement immediately caught people’s attention and resonated with Americans. As a result, the Beetle grew in popularity almost overnight. It gradually became one of the most well-loved cars in America.

Sometimes, exposing your weaknesses may be the key to how to turn weaknesses into strengths. A disadvantage, on one hand, may turn out to be an advantage on the other.

The weakness of sharks

Some meat-eating sharks can be extremely aggressive, and few people are able to escape this stealthy predator once it has them in its sight.

A marine biologist has studied sharks for many years. While others are swimming away from sharks, this biologist is swimming toward them. Though he regularly comes in close contact with them, strangely enough, sharks don’t seem to mind him. So what’s his secret?

“Sharks are not scary, actually. The scary thing is that when you see a shark, you get scared first,” the biologist said.

If you keep calm and collected in front of the shark, then it will pose no threat to you. Even if it accidentally touches your body, it will not attack, but will instead immediately swim away from you to find its prey. Conversely, if you tremble in fear, scream in surprise, and speed up your heartbeat, then you are potentially in their sights.

By understanding the weakness of sharks, you can use it to your advantage. If you can keep a calm heart and remain unmoved in the face of danger, you may find that danger passes you by.

It seems that sometimes it is you yourself who traps you.