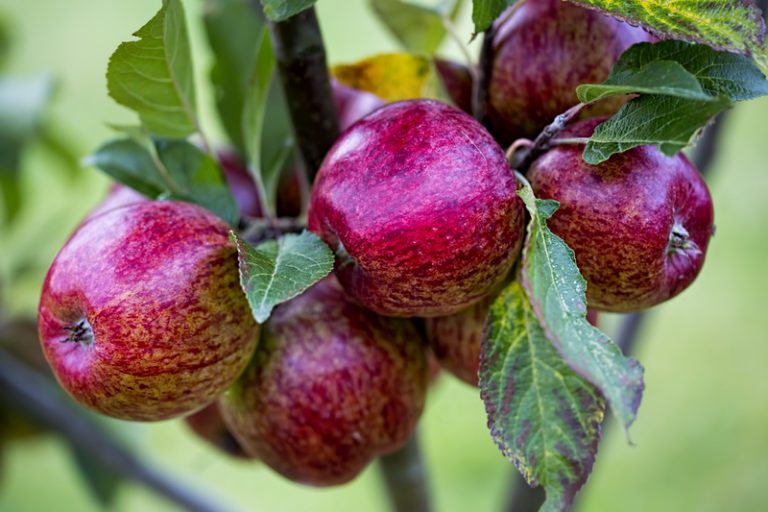 You may think that apple varieties come in just green, golden, and red, and that's the end of it. However, if you come from a family that insists on not eating only green or only red, you know there is much more to it. And there is. (Image: Bartosz Luczak via Dreamstime)

The awareness among people to preserve the environment and wildlife species has shot up, which is quite inspiring. You may have come across NGOs and organizations fighting to save endangered birds and animal species, and people crusading against deforestation, etc.

You may think that apple varieties come in just green, golden, and red, and that’s the end of it. However, if you come from a family that insists on eating not only green or only red, you know there is much more to it. And there is.

It is not commonplace to find someone who is passionate about preserving various apple varieties from extinction! Tom Brown has been on a mission to preserve apple varieties since his retirement, and his efforts have yielded amazing results.

Based in North Carolina, Tom Brown worked as a chemical engineer. Little did he know that he would become a pioneer in preserving apple varieties post-retirement. For over 2 decades now, he has been occupied in finding variants of apples on the brink of oblivion.

Up to now, he has been able to reclaim around 1,200 varieties of apples. His orchard, Heritage Apples, is home to 700 rare variants. Many of these apple variants have not been sold for a century or so. In fact, he cloned some of the apples from the last living trees of those variants.

The fact is that thousands of “lost” apple varieties still exist. However, saving them proves to be a race against time. Tom still finds details about such rare apple variants from people in their 80s and 90s. Every year, such rare apple trees get ravaged by natural calamities and pest invasions, making restoration efforts even more tedious.

It was in 1998 that Tom stumbled upon some rare heritage apple varieties at a farmer’s market. He tasted the Arkansas Black apple, along with breeds like Grimes Golden, Rusty Coats, and Twenty Ounce.

Each variant had a unique taste and aroma that left him mesmerized. Tom was so charmed that he had a long discussion with the vendor, Maurice Marshall. Some of these variants were not sold commercially anymore. Tom decided to trace the rare and vanishing apple variants in Appalachia.

Apple orchards were seen in abundance in the U.S. during the 1800s and 1900s. U.S. commercial orchards used to grow almost 14,000 unique apple varieties back in 1905. A lot of these variants can still be located in the Appalachian region. The Shenandoah Valley was where apple orchards flourished in the early 1800s.

Appalachian farmers, as well as homesteaders, were interested in developing orchards with diverse apple variants. The residents were good at gardening and they developed variants with unique tastes and growing patterns.

Sadly, the cultivation of Appalachian heritage apples underwent a steady decline owing to factors like the rise of corporatized food systems, factory farming, and urban migration.

The large-sized apple farms focused more on fast-maturing apple breeds suited for long-distance shipment. Many of the small orchards had gone of business by 1950. By the late 1990s, commercial orchards in the U.S. grew less than 100 varieties of apples.

Tom was introduced to a group of small-scale heritage orchardists by Marshall. They taught him the nitty-gritty of heritage apple cultivation. He was also helped by pomological historians to trace vintage orchards.

Interactions with elderly people who had orchards in their families helped him track down rare apple varieties over the years. Tom spends three days a week hunting down apple variants and covers approximately 30,000 miles a year in this pursuit! He says that saving such rare fruit species from extinction makes him feel glad, and it is also addictive.

Now, Tom has his orchard replete with apple trees collected from such U.S. states as South Carolina, Georgia, West Virginia, Maryland, Tennessee, Virginia, Kentucky, and Pennsylvania. He also sells around 1,000 saplings per year. His work has drawn praise from culinary professionals and conservationists alike.