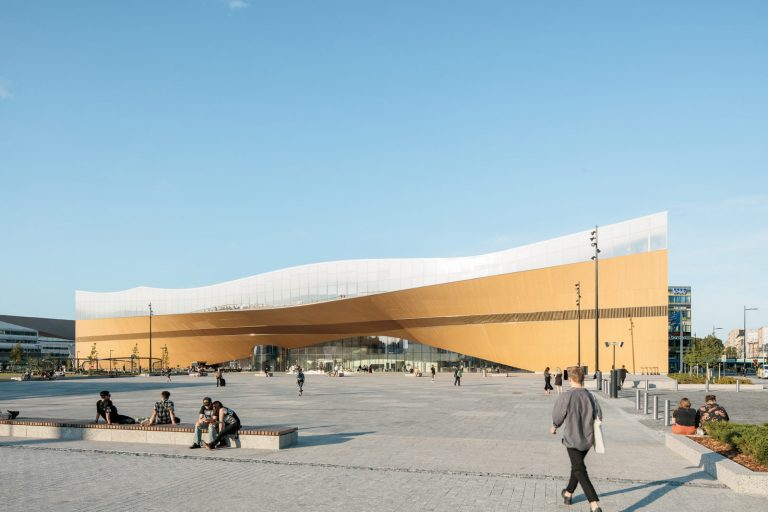 According to the World Happiness Report, since 2018, Finland has earned the top spot, as the country offers almost everything to its citizens. The government takes all necessary steps to ensure the overall wellbeing of its citizens, including education, making Finland’s libraries among the best in the world.

The Finnish government ensures that there is complete public access to literature and books. Since the 1920s, Finland’s libraries have had an important place in Finnish culture and today nearly half the population uses a public library at least once a month. This is owed to the revolutionary Finnish Library Act, which helps actively promote lifelong learning and gives libraries a fundamental role in society. In fact, almost 68 million books are borrowed every year from the various libraries in the country.

An instance of the government’s commitment to literacy and education was its investment of €98 million (US$119.7 million) in a new central library in Finland’s capital Helsinki in 2018. The library was named Oodi (it means “Ode” in English). In its first year alone, the total number of visitors was 3.1 million, which is significant given the population of Finland is just over 5.5 million.

More than just a place to check out books, Helsinki’s Oodi Library is a symbol of national pride in a country that boasts one of the highest literacy rates in the world. Designed by celebrated Finnish architecture firm ALA, the library stands prominently in the center of Helsinki. By facing the Finnish parliament building, Oodi is a constant reminder of what the country has accomplished. As a gathering place for the entire community, the library acts as a bridge between education and the general population.

In addition to books, Finland’s libraries, including Oodi, offer a plethora of other public services and various kinds of interesting items to borrow, including power tools, musical instruments, artwork, sewing machines, and various games, just to name a few items.

The Finnish government not only promotes libraries for literacy and education, but they also make sure that writers get their due respect and remuneration for penning books. Along with running various independent foundations, the government of Finland provides different kinds of grants to support Finnish writers. The writers are also eligible for a certain percentage of library royalties for each of their books that are borrowed. The amount of the royalty is almost the same as the royalty received for each sold book.

Finland’s libraries also act as multimedia-equipped public living rooms and offer imaginative new services. Summer means outdoor activities in Finland and in the city of Turku, the city library goes outdoors, and may even come to you. The cobblestoned yard of the library hosts numerous events during the summer months. A pop-up library bike tours the city with books, art performances, and advice for outdoor activities. “We want to offer knowledge, but also experiences,” says publicist Päivi Autere of Turku City Library, Finland’s oldest library.

Another kind of specialist hosts weekly sessions in Espoo, located just west of the Finnish capital. The Sello Library has hired an unusual therapist for children with reading difficulties. Börje, a reading education assistance dog, devotedly wags his tail and looks supportive. The furry assistant is always willing to meet children with their favorite stories. He’s also very popular among grown-up library users as well, and he maintains a blog that offers fun reading exercises.

Today, Finland has international literary recognition and success. Helsinki’s mayor Jan Vapaavuori opines: “Library services are an investment in people. By developing our people we are preparing our society for the coming era, where knowledge, ideas, and culture are the commodities that a successful city will trade with the world. The principle that knowledge is for everybody is a long-established component of the success of Finnish society and an essential foundation of a city built on trust between government and citizens.”