Skystone: The Fascinating Alien Stones That Fall on Earth 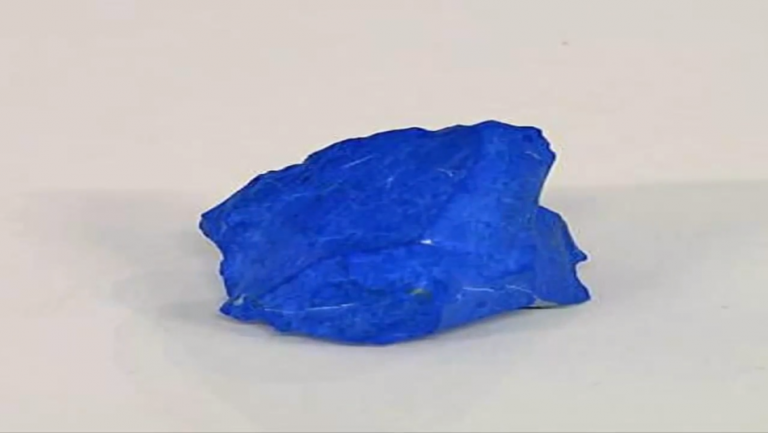 The Skystone is believed to be a remnant from a meteorite and is composed largely of oxygen. (Image: Screenshot via YouTube)

Over billions of years, our planet has attracted a large number of meteorites that have crashed on the surface. People have collected pieces of such meteorites throughout history, with some attributing a divine nature to them, while others collect them purely out of scientific curiosity. The Skystone is believed to be one such remnant from a meteorite. Bluish in color, the stone was found to be composed largely of oxygen.

The Skystone was purportedly discovered in 1990 by Angelo Pitoni, an archaeologist and geologist, in Sierra Leone, West Africa. Local legends stated that the stones were actually beings that once lived in the sky. Disturbed by their wrongdoings, God cast them into stones and threw them to Earth to remain buried beneath its soil.

Pitoni sent the stone for analysis to laboratories in Rome, Germany, and Tokyo. The stone was made up of 77 percent oxygen, 20 percent carbon, and lime. Traces of silicone and other materials were also found. Researchers concluded that the stone was different from any other stone found on Earth, probably originating outside the planet. Carbon dating revealed that the stone arrived on Earth anywhere between 2,500 and 17,000 years ago. Over time, parts of the Skystone have come into the possession of several collectors who consider them highly valuable objects.

In 2013, American artist and designer Jared Collins got in touch with a rare gems trader in Hong Kong. When asked to show him something special, the dealer presented a piece of the Skystone. The dealer stated that he had sent the stone for testing and the results indicated that it was “unidentifiable,” meaning the stone was not from Earth. Intrigued, Collins proposed to buy it right away.

“It was a curious thing with a very pretty blue color and when I picked up the stone to examine it, it was strangely light for its size and I thought it was some sort of a synthesized or hybrid wax/plastic material, yet it simultaneously appeared to be a natural stone of some kind.  It was perplexing and I had no idea what I was looking at, and I had no point of reference to compare it to anything else I had previously seen or handled before,” Collins said in a statement (Mysterious Skystone).

Another mysterious stone that has perplexed scientists is the Hypatia stone. Discovered in Libya, the Hypatia stone is just a pebble. What makes it unique is that its chemical composition is unlike anything found on Earth or even in space. As such, the question arises — where does this stone come from?

Most planets and meteorites are made up of silicate minerals and small amounts of carbon. But the Hypatia stone is composed of mostly carbon and very little silicate minerals. Plus, it also has large amounts of polyaromatic hydrocarbons that exist only in interstellar dust formed before our solar system came into being.

It is estimated that the stone might have fallen to Earth around 28 million years ago. The rock was named after astronomer and philosopher Hypatia of Alexandria, who lived around A.D 350 to A.D. to 415.