Chinese Hairstyles Through the Ages: From Classical to Exquisite 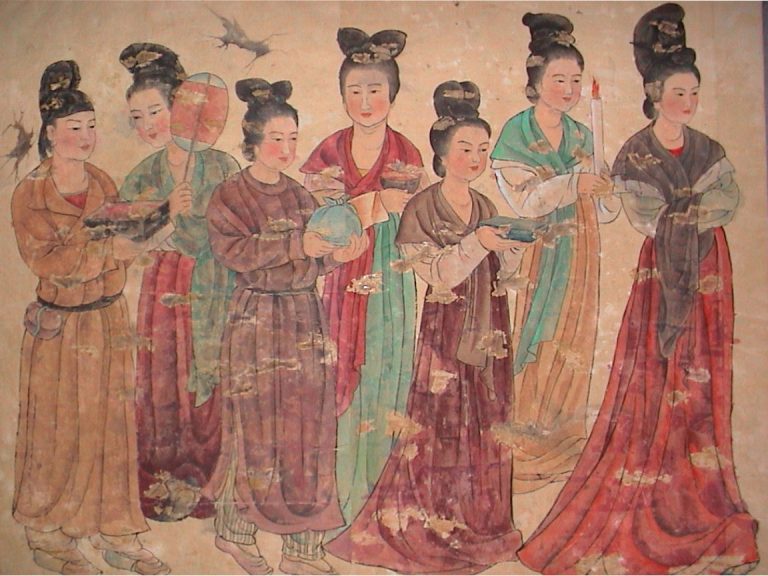 The Tang Dynasty (618 CE to 907 CE) is often celebrated as one of the most glorious periods in Chinese history. (Image: via freeimageslive.co.uk)

The Ancient Chinese had a very specific image of “classic beauty.” Chinese traditional beauty was often defined as having delicate skin, small eyes and ears, thin eyebrows, long fingers, a pale face, a little round mouth, and soft palms. With regard to Chinese hairstyles, Confucian values mandated that hair be kept long since it was considered to be a gift from parents. Cutting hair was seen as an offense against one’s family.

Young women used to wear their hair down in order to show the public that they were unmarried. Most maidens used to keep their hair braided until the age of 15 after which they were considered as having become mature. Once married, a girl would tie up her hair and avoid parading it in public. The only women who would cut their hair were the widows, some among them even shaving it off.

Traditional Chinese hairstyles for the ladies

Chinese women have sported different hairstyles during different periods of time. During the Han Dynasty (206 BCE to 220 CE), women used to tie their hair in loose buns with some untied hair hanging down their backs. This was a discriminatory period for women, since they were not allowed to be educated and were often seen as being inferior to men.

The Tang Dynasty (618 CE to 907 CE) is often celebrated as one of the glorious periods in Chinese history. It was a time of great cultural reform and advancement. Prosperity in the period not only allowed women to be freer, but it also resulted in a large variety of hairstyles getting adopted. A typical Tang woman would arrange her hair in loops or tie it up above her head.

During the Ming Dynasty (1368 CE to 1644 CE), there was a population boom in China. Women during this period used to tie hair in buns and adorn it using ornaments. This was the last dynasty of China that was ruled by ethnic Hans.

Qing (1644 CE to 1911 CE) was the final dynasty in the country’s history before the communists took over. It was ruled by non-Chinese Manchu tribes. Females started using bigger back decorations on their hair during this time. While the maids wore simple pins, queens wore pins that were adorned more exquisitely.

As far as brides were concerned, the Chinese hairstyles preferred low buns, high buns, or a braided updo. The low bun was the most popular style among brides, while the braided updo style was more complex. Hair accessories were usually kept basic. Chopsticks were used to keep the hairstyle firm. Pins made from jade, gold, and pearl were also used.

Chinese hairstyles for men have changed only a few times in history. From antiquity until the Qing Dynasty, Chinese men have kept their hair long, in accordance with the Confucian view that long hair was a sign of piety and virility. Cutting hair was seen as barbaric and even anti-social. The men used to wind up their hair and keep it bound at the top of the head.

During the time of the Qing Dynasty, the empire passed the “Queue Order,” which mandated that Han Chinese males tonsure the front parts of their heads as the Manchu people do. This was imposed violently by the Manchus as they saw it necessary to assert their rule in China. Men sporting full or short hair were also executed since it was seen as treason.

After the communist revolution, Chinese men started to keep their hair short in accordance with Western standards. Sporting a tonsured head was seen as a “threat” by the communist regime since it might indicate one’s loyalty to the previous Qing Dynasty.