The Lost Secrets of Color in China 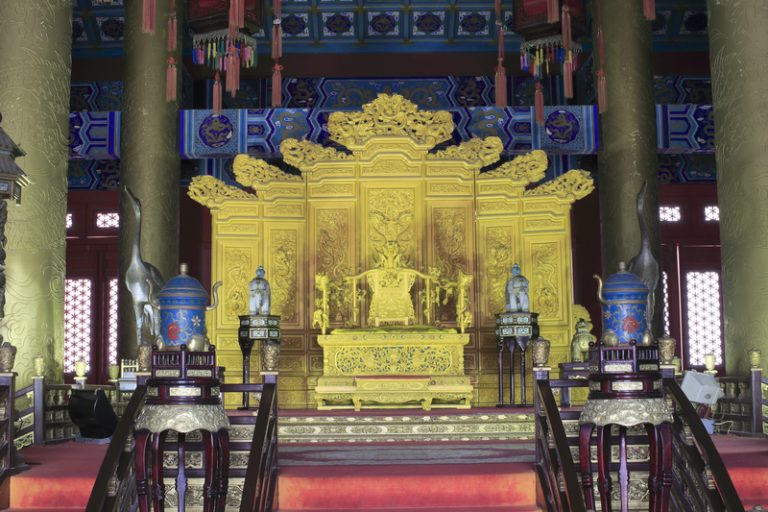 Different cultures assign different symbolic meanings to colors and knowing the Chinese version will come in handy if you ever visit China or attend Chinese ceremonies. (Image: Maocheng via Dreamstime)

Different cultures assign different symbolic meanings to colors. While in the West, wearing black is considered ideal during mourning and funerals, in Eastern countries, white clothes are worn on such occasions. The Chinese have their own culture and view of color. Knowing them will come in handy if you ever visit China or attend Chinese ceremonies.

One color that stands out as particularly Chinese is red. In the West, red is often seen as a sign of danger. But in China, red symbolizes happiness and joy. It is believed to be auspicious and something that wards off evil. During important birthdays, red-colored eggs are given. Children are gifted with red packets containing money during the Chinese New Year.

While in the West, declining stock prices are shown in red, in China, red indicates rising prices. The importance of red in China is so well-known that marketing companies often try to incorporate red into their ads.

Yellow is considered the Imperial color

During the Han Dynasty, fortune-tellers believed that yellow symbolized the element earth in the five elements. “Because the color yellow was in the middle of the five elements, it was viewed as a neutral color and came first of all colors.

It was also viewed as the noblest, suitable for the clothing of emperors. The prime minister of the court at that time was granted a ‘gold seal with a purple silk ribbon.’ It was a symbol of the highest power next to that of the emperor,” according to Minghui.

Ancient Chinese also had a saying that yellow generates yin and yang, meaning that it brought about balance. But despite its prestigious history, it is better not to highlight anything important in yellow in modern China, since it is often associated with pornography today.

The Chinese people associate white with mourning and funerals. Today, white is widely used in marketing consumer goods like mobile phones and watches. It is also popular when people look to buy cars. However, remember to not give someone a gift wrapped in white-colored paper.

Surprisingly, the water element is not represented by the color blue in China. Instead, black is associated with water and symbolizes destruction, disaster, sadness, suffering, evil, and cruelty. Wearing black during weddings is a strict no-no. Ancient Chinese had a higher respect for black.

“The color black was regarded as the color of heaven in the Yi Jing (Book of Changes). The saying ‘heaven and earth of mysterious black’ was rooted in the feeling of ancient people that the northern sky showed a mysterious black hue a long time. They thought that the North Star is where the Tian Di (Heavenly Emperor) is. Therefore, black was regarded as the king of all colors in ancient China,” according to Gotheborg.

Blue stands for the wood element and signifies advancement, healing, and immortality. Blue also symbolizes heaven. At the famous “Temple of Heaven” religious structure in Beijing, the roof is covered in blue-glazed tiles. It is also seen as a masculine hue. Since blue does not have any extreme negative connotations, it’s used liberally in marketing.