Blue Tears: This Stunning Scene Seems Too Beautiful to Be Real 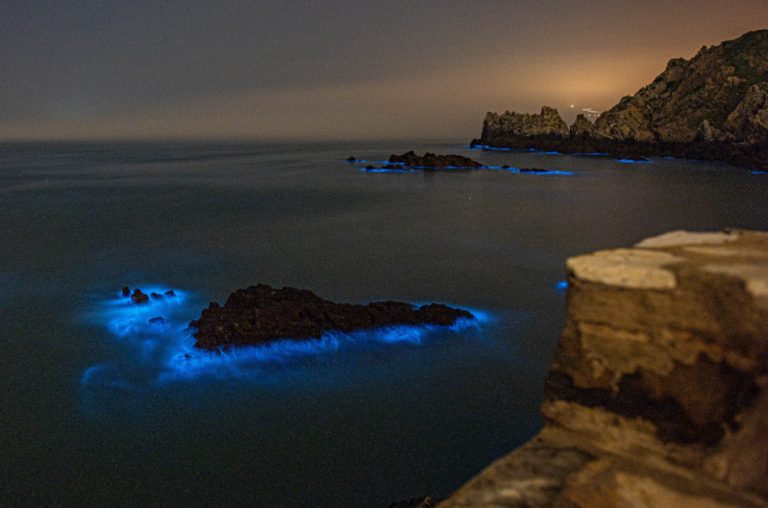 There's a mysterious phenomenon around Taiwan's Matsu Islands known as 'Blue Tears,' where the water along the coastline lights up with a blue glow. (Image: Ying Chung Tseng via Dreamstime)

The Matsu Islands of Taiwan, near the coast of mainland China, used to be a major military outpost for opposing the Chinese communist regime following the central government’s retreat to Taiwan in 1949. But these days, the islands are a draw for tourists. Some of them come to explore the military tunnels, while others hope for a chance to see the mysterious “Blue Tears.”

The phenomenon known as “Blue Tears” has been designated one of the 15 natural scenic wonders of the world by CNN, and it has become a trend for tourists to experience in recent years.

Travel lovers, here are some tips for you about Blue Tears

What are they and where can I see them?

There are two opinions on the cause of their formation. Some scholars believe they’re caused by the dinoflagellate algae species Noctiluca scintillans and N. pyrrhophyta, while others say it’s due to tiny shrimp called ostracods. When disturbed by waves, these creatures all emit blue fluorescence.

This phenomenon only takes place along the coast. It can be seen at any beaches around the Matsu Islands and tourists can even leave their footprints in the sand.

What are the best conditions for seeing this phenomenon?

Zhengzhixin, a local guesthouse owner with years of experience guiding tourists to see Blue Tears, told ETtoday that there are five key factors that affect their occurrence:

When can I spot Blue Tears?

They appear every year during late spring and summer, most often in June, July, and August. But it also depends on the time the moon rises.

Nature lovers and photographers, make sure you don’t miss this opportunity!