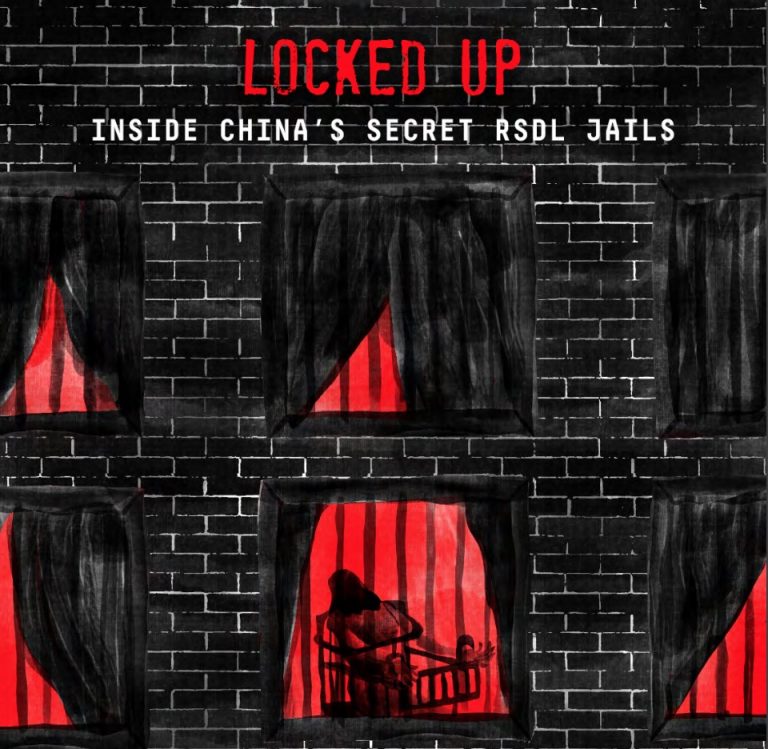 'Locked Up: Inside China’s RSDL Secret Jails' is an illustrated deep dive into the dark reality of Residential Surveillance at a Designated Location or RSDL jails. (Image: via Safeguard Defenders)

The ruling Chinese communist party (CCP) has been extensively criticized by world governments for its human rights violations. Recently, a report has surfaced giving a glimpse into China’s Residential Surveillance at a Designated Location, or RSDL jails.

This little-known custodial system is a legalized form of black jail, where victims are disappeared by the state into incommunicado isolated detention for up to six months, sometimes more. With virtually no judicial oversight, RSDL jails represent a heightened risk of torture and maltreatment for victims.

The Chinese government is resorting to using extra-judicial detention that keeps the lawyers away and literally cuts off the prisoners from the outside world. The report was published by Safeguard Defenders, a human rights group co-founded by Swedish citizen Peter Dahlin.

Locked Up: Inside China’s Secret RSDL Jails is a deep dive into the dark world of China’s RSDL jail system. The report details how prisoners are seized from their homes, offices, or public places and transported under hoods or blindfolds to conceal their destinations. They are effectively held in solitary confinement, without daylight, privacy, or distraction.

Survivors recount being watched around the clock by guards in their room, who in many cases even followed them into the bathroom, but did not interact with them. “No talking! No moving without permission! Raise your hands if you want to say anything,” were among the commands listed by Tang Zhishun, a Beijing-based human rights activist who was detained in an RSDL jail at the end of 2015.

Every moment of their lives is controlled, with inmates even reporting being woken for sleeping with their arms under, rather than on top of, blankets.

According to the report, RSDL is China’s system of state-sanctioned kidnappings and imprisonment which apprehended some 30,000 individuals from 2013-19. The system, which has been condemned by the UN as tantamount to enforced disappearance, has been imposed on thousands of Chinese human rights defenders such as dissident artist Ai Weiwei, human rights lawyers Wang Yu and Wang Quanzhang, as well as on foreigners, including Canadians Michael Kovrig and Michael Spavor.

The very nature of RSDL jails is that it takes place at hidden locations with the victims in isolation and incommunicado, and in facilities other than police stations and detention centers, which means that there are very few images or information about their whereabouts. RSDL jails are used by the Ministry of State Security for suspected security “crimes” by both Chinese citizens and foreign nationals, thus its secrecy.

China’s RSDL jails are legalized, but they are not a part of China’s conventional judicial system. RSDL jails are used so that investigators can extract information from suspects before presenting them to a court of law.

Bao Longjun, a human rights lawyer and former detainee, said the treatment meted out by the RSDL jail system was pathetic and traumatic. Longjun said: “At night, two guards watched me, even when I went to the toilet or brushed my teeth. One of them had a small book in his pocket. Every 10 minutes, he would take it out and make notes. My daily routine was entirely regimented, except for the interrogations.”

Another former prisoner Ding Jiaxi said RSDL handlers resorted to measures to torture inmates, including sleep deprivation and limited food. Other inmates recall being forced to spend hours inside small, painted squares. Wang Yu, an activist lawyer, recalled such an experience. If she went out of the square, the guards warned or slapped her.

The RSDL jail system is also used to detain foreign suspects before they are formally charged in a court of law. Yang Hengjun, a former Chinese state security agent and an Australian citizen, spent 6 months in such a facility as did Cheng Lei, who worked as a state TV news anchor. They were kept in a detention center in southern Beijing specifically set up for foreigners.

Canadians Michael Spavor and Michael Kovrig were detained in an RSDL jail in separate cities for 6 months. After the senior Huawei executive Meng Wanzhou was detained in Canada, the Chinese government apprehended the two men. Other foreigners have also been kept in RSDL jails even though their crimes did not amount to violating national security. A U.S. basketball player named Jeff Harper was kept in a Shenzhen-based RSDL jail for 8 months and was only released after U.S. diplomatic intervention.

Safeguard Defenders submitted its report to a working group of the United Nations. Saying that the RSDL jail system functions as “state-sanctioned kidnappings,” the group has urged for its abolition.