What Do You Call a Group of Baby Pandas? It’s Not What You Think 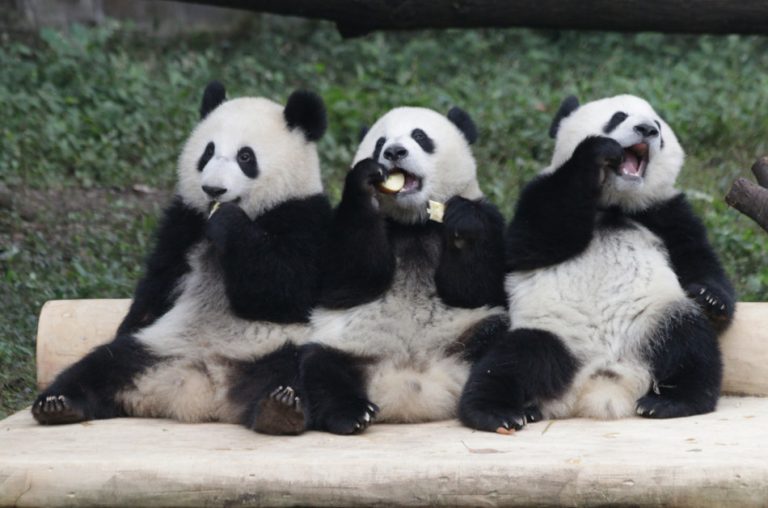 People tend to get excited when they see a large group of pandas since it isn't something that happens in the wild. (Image: Dizzizzmee via Dreamstime)

Pandas are solitary animals, and rarely form groups in the wild, so this huddle of 14 baby pandas is a really special occasion!

The babies were filmed last year after being bred artificially in Chengdu, Sichuan Province. Normally, a female gives birth to only one cub, but this July, a female called Juxiao had triplets and they all survived, which is a world first.

So what do you call a group of baby pandas?

Well, a pack of bears is called a sleuth or sloth, but pandas are kind of special and get their own collective names to choose from:

Bamboo I can understand, but I’m not sure where the embarrassment comes from?

Cupboard is apparently the official zoological term after a heated debate at a Royal Society symposium in 1866. Before that, people were saying things like a spoonful or a dream of pandas.

But a cupboard of baby pandas doesn’t sound quite right to me, although it does have a cute mental image. Personally, I would call them a pod of pandalings or just a mischief!

For more interesting info about these gorgeous cubs, read our story on baby panda facts.