Rare Orchid Thought to Be Extinct Discovered on London Rooftop 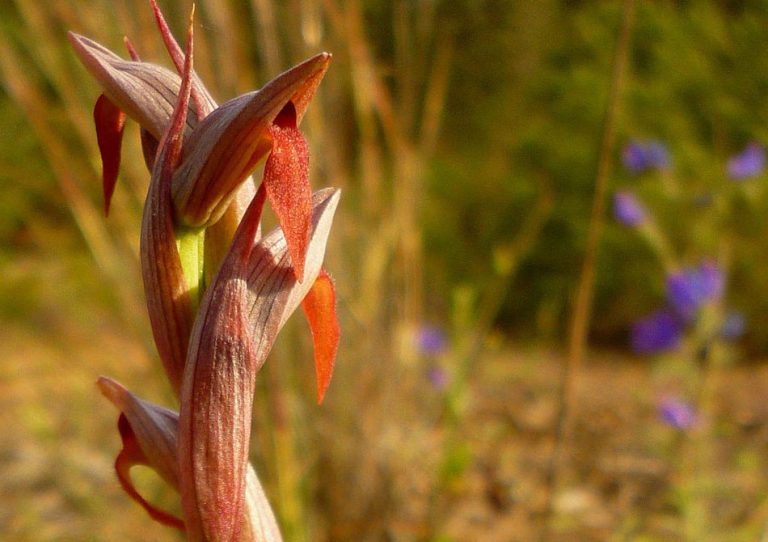 A rare orchid thought to be extinct in the UK was found growing in a rooftop garden in London. (Image: Nanosanchez via Wikimedia Commons)

A colony of the rare orchid species known as small-flowered tongue orchids was found atop a bank roof in London. It is a wonderful feeling for nature lovers and horticulturists to come across plant specimens that are on the verge of extinction. Sometimes, they get amazed upon finding such rare plant types thriving in uninhabited locations, unknown to the locals. In the UK, this orchid species was thought to be extinct but this discovery has brought a ray of hope and the news has excited nature lovers.

The orchid that was found atop the London bank building has the scientific name Serapias parviflorais, having been named after the Greco Egyptian God of the Sun Serapis. Its common name is the small-flowered tongue orchid.

The rare orchid was found blooming on an 11th-floor rooftop garden belonging to Nomura — a Japanese investment bank. The orchid species is native to the Mediterranean basin. It is also seen in abundance along the Atlantic coast of Portugal and Spain. Earlier in 1989, the orchid was seen in Rame Head, Cornwall, in the southwest of England. The small-flowered tongue orchid grows up to 12 inches tall and each plant has 3-8 flowers on average. The colony at the Nomura building consists of 15 plants and there are other orchid species in the garden as well, such as green-winged orchids.

The rare orchid colony was found by ecologist Mark Patterson who looks after the rooftop garden. He came across the orchids on June 4 when he was doing a routine check of the garden. It is hard to say how the orchids came to grow on the bank rooftop. However, Patterson told The Guardian: “Orchid seeds are incredibly small and can travel great distances by wind. The plants could have originated on the Continent and been brought over the Channel on southerly winds which frequently bring Saharan dust deposits to the capital.”

The small-flowered tongue orchid takes a long time to grow, more so when the seeds are put in arid and dry soil. Mike Waller, a noted ecologist said: “To discover Britain’s second colony of small-flowered tongue orchids is thrilling in itself, but to see them on a green roof in the City of London is remarkable. This is clear proof that with dedication and patience even the most improbable areas can become havens for some of our rarest wildlife.” (The Guardian)