Baby Panda Facts: How a Cute Bundle Grows Into a Cheeky Fluffball 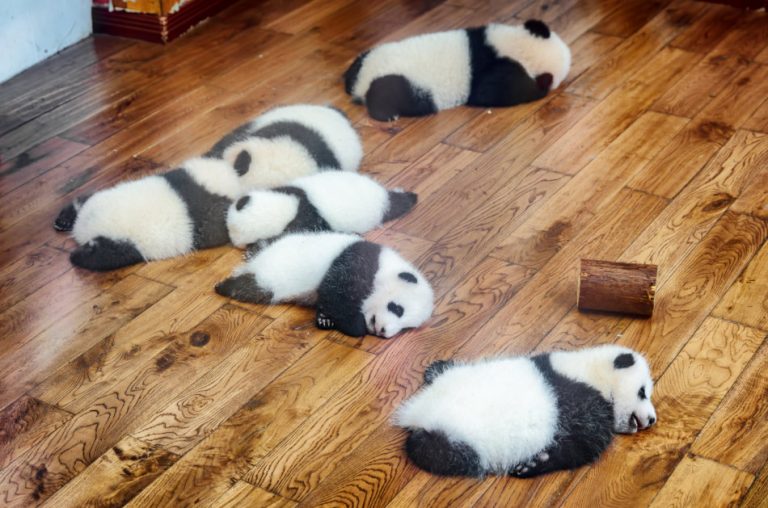 Few people can resist the cuteness of baby pandas, and that's a fact! (Image: via Dreamstime.com © Efired)

Are you aware of these baby panda facts? Did you know that many baby pandas don’t make it past the first few months of their little lives, and can easily get sick?

About 90 percent of the cubs bred in captivity survive these days, whereas it was less than 30 percent in the 1960s.

Pandas often give birth to twins, but can only care properly for one baby. So in the wild, one cub won’t make it. However, staff at breeding centers support mother pandas by swapping out the extra cub or cubs so they all get cared for.

Females only ovulate once a year in the spring and are only fertile for 24 to 36 hours.

Mother pandas give birth between July and September, and the gestation period is less than 5 months, so newborn pandas are very small.

The smallest panda ever born was just 0.1 pounds, while the biggest was 0.5 pounds.

At this stage, the limbs are very weak, so they have difficulty moving around. For the first two months, pretty much all they do is feed, sleep, poop, and mew.