Environmental Impact of Hydrofracking vs Conventional Drilling May Be Minimal 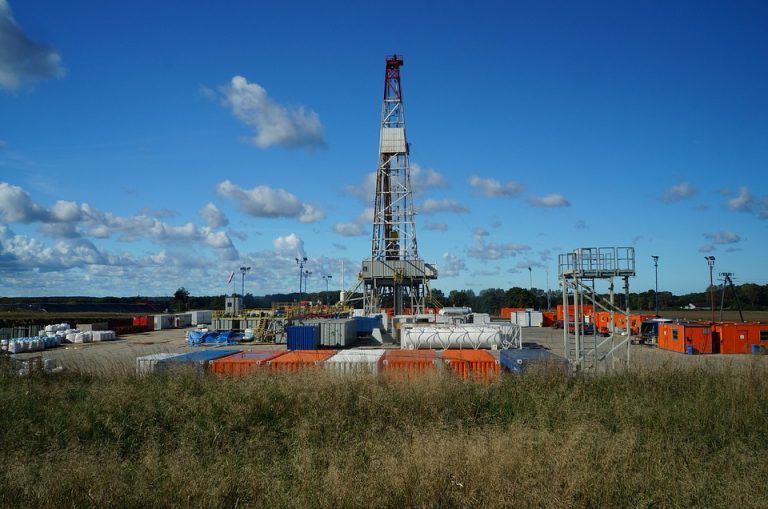 A new study led by EES Professor Tao Wen used a novel method of machine learning to explore the environmental impact of oil and gas drilling. (Image: anita_starzycka via Pixabay)

Crude oil production and natural gas withdrawals in the United States have lessened the country’s dependence on foreign oil and provided financial relief to U.S. consumers. However, hydrofracking and drilling have also raised longstanding concerns about environmental damage, such as groundwater contamination.

A researcher in Syracuse University’s College of Arts and Sciences, and a team of scientists from Penn State, have developed a new machine learning technique to holistically assess water quality data in order to detect groundwater samples likely impacted by recent methane leakage during oil and gas production. Using that model, the team concluded that unconventional drilling methods like hydraulic fracturing — or hydrofracking — do not necessarily incur more environmental problems than conventional oil and gas drilling.

The two common ways to extract oil and gas in the U.S. are through conventional and unconventional methods. Conventional oil and gas are pumped from easily accessed sources using natural pressure. Conversely, unconventional oil and gas are acquired from hard-to-reach sources through a combination of horizontal drilling and hydraulic fracturing. Hydrofracking extracts natural gas, petroleum, and brine from bedrock formations by injecting a mixture of sand, chemicals, and water. By drilling into the earth and directing the high-pressure mixture into rock, the gas inside releases and flows out to the head of a well.

Tao Wen, assistant professor of earth and environmental sciences (EES) at Syracuse, recently led a study comparing data from different states to see which method might result in greater contamination of groundwater. They specifically tested levels of methane, which is the primary component of natural gas. The team selected four U.S. states located in important shale zones to target for their study: Pennsylvania, Colorado, Texas, and New York. One of those states — New York — banned the practice of hydrofracking in 2015 following a review by the NYS Department of Health which found significant uncertainties about health, including increased water and air pollution.

Wen and his colleagues compiled a large groundwater chemistry dataset from multiple sources including federal agency reports, journal articles, and oil and gas companies. The majority of tested water samples in their study were collected from domestic water wells. Although methane itself is not toxic, Wen says that methane contamination detected in shallow groundwater could be a risk to the relevant homeowner as it could be an explosion hazard, could increase the level of other toxic chemical species like manganese and arsenic, and would contribute to global warming as methane is a greenhouse gas.

The model also detected a higher rate of methane contamination cases in Pennsylvania than in Colorado and Texas. Wen says this difference could be attributed to different practices when drillers build/drill the oil and gas wells in different states. According to previous research, most of the methane released into the environment from gas wells in the U.S. occurs because the cement that seals the well is not completed along the full lengths of the production casing. However, no data exists to conclude if drillers in those three states use different technology. Wen says this requires further study and review of the drilling data if they become available.

According to Wen, their machine learning model proved to be effective in detecting groundwater contamination, and by applying it to other states/counties with ongoing or planned oil and gas production it will be an important resource for determining the safest methods of gas and oil drilling.

Provided by: Dan Bernardi, Syracuse University [Note: Materials may be edited for content and length.]