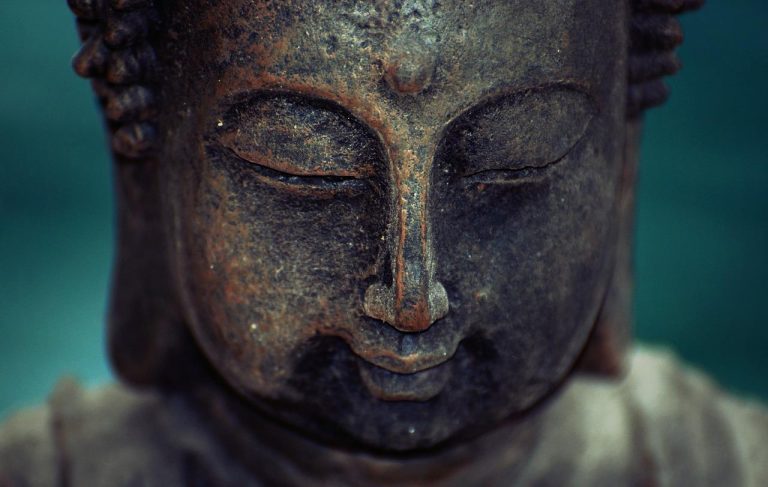 Dugu Jialuo was Empress of the Sui Dynasty, the wife of Sui Dynasty Emperor Wen, and a devout Buddhist. (Image: Helena via Pixabay)

From ancient times to the present day, people have held a special sentiment for the divine and naturally revere the divine and Buddhas; therefore, people around the world worship divine statues. When the divine sees people’s genuine intentions, they are often helped and safeguarded from dangers and calamities. Conversely, retribution brought on by the blasphemy of Buddhas via the intentional destruction of divine statues and temples is often swift.

During the Ming Dynasty (1368-1644), there were 10 temples at the foot of Mount Peiyun. One of the temples, Longhua, was adorned with 16 paintings of the Yingmeng Arhats, painted by Monk Guanxiu from the Tang Dynasty (also known as the Picture of the Sixteen Arhats 832-912).   Guanxiu’s disciples collected these paintings and displayed them in the temple.

In the early years of the Ming Dynasty (1522-1566), Wang Hong (1466-1536), a native of Wuyuan County (northeastern Jiangxi), coveted the temple’s location for building his family’s burial ground. So he demolished the temple, toppled the statues, and burned the scriptures, thus destroying the thousand-year-old temple.

In a month, Wang fell ill with a strange disease and died with shrinking flesh. After his death, his wife and son also died within a short period, wiping out the family fortune; consequently, the burial ground was never completed.

Blasphemy of Buddhas leads to retribution

In the ninth year (1744) of the reign of Emperor Qianlong, during the Qing Dynasty, Monk Zhangjia advised him to convert the Yonghe Palace into a royal monastery with a large Maitreya Buddha statue. The statue posed a hand gesture signifying the future birth of Maitreya Buddha on earth to offer salvation to humankind.

During the Cultural Revolution (1966 to 1976), the Chinese Communist Party launched a campaign to destroy the Four Olds (old thoughts, old culture, old traditions, old habits). The Red Guards eradicated a majority of the sculptures and paintings in monasteries and Taoist temples.

Several Red Guards broke into Yonghe Palace to smash the Buddha statues. The first Red Guard climbed onto the platform next to the statue and raised an ax to cut the iron cable holding the statue. When the ax fell, it missed the iron cable; instead, it wounded the man’s leg. The second man took the ax and tried to cut it too, but he also missed it. As a result, he fell off the platform and lost consciousness. Frightened by the scene, the third man collapsed on the ground. It is believed that none of them survived.

On the border between Shandong Province and Hebei Province is the Zhangwei River. Located on the east bank of the river is the famous Linqing Pagoda. The Pagoda is eight stories high and the pagoda is octagon-shaped. An Amitabha Buddha statue was installed in every corner, and the phrase “Namo Amitabha” was engraved on each side of every story.

During the Cultural Revolution, Wang Dezhong, an atheist in his thirties, often led a gang to destroy the statues and sutras of the Pagoda. On one occasion, when he saw the characters of “Namo Amitabha,” he climbed up with a hammer and attempted to smash them. After a few blows, he suddenly fell to the ground and died from his injuries. After the gang witnessed this man’s death, no one dared to touch the statue of Buddha or the Pagoda again, believing the blasphemy of Buddhas would bring retribution.

Holy places, such as monasteries and Taoist temples where people worship the divine, are like bridges safeguarding people from a flood. If the bridge is demolished, it will undoubtedly cut off people’s escape route.  Perhaps this is the reason why many legends have been passed down through the ages to warn people about the tragic consequences of the blasphemy of Buddhas in destroying statues of the divine and shrines!