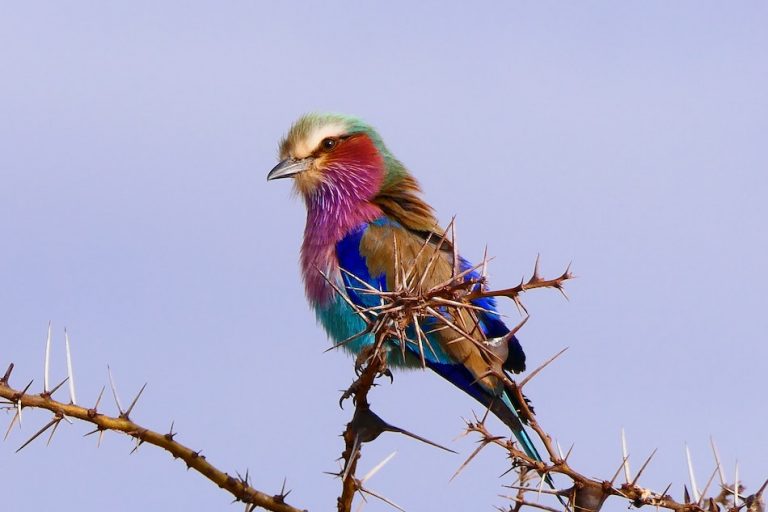 'Seek to be the purple thread in the long white gown.' — Epictetus. (Image: Bradley Feller via Unsplash)

Purple is the most powerful visible wavelength of electromagnetic energy. It is a color often associated with royalty, spirituality, luxury, and creativity. Wagner must have recognized purple inspires creativity, as he composed his greatest works in a room with purple draperies.

Purple is known to create a balance of awareness and peace. When I think of purple, it is either that magic color the sky turns just after the sun has disappeared and pink starts to fade before transitioning to the night sky. Or I am reminded of the artist Prince wearing purple, singing Purple Rain. The sale or wearing of purple was punishable by death in ancient Rome, as purple was reserved for the clothing of emperors.

In film school, I read a book called If It’s Purple, Someone’s Gonna Die about the power of color in visual storytelling. The author had 25 years of research under her belt on the effects of color on behavior. Purple was described as “The Beyond-the-Body Color.”

Here are some places, spaces, animals, and foods found all over our captivating planet that highlight the beautiful hues of purple.

Sainte-Chapelle in Paris, France, is known for its exquisitely beautiful stained glass windows. It was built in the 13th century for the purpose of housing the religious relics of King Saint-Louis. The upper chapel is made of 739 sq yards (618 sq meters) of glass. When you step inside, it is quite overwhelming in scale and beauty. Light pours through the stained glass that illuminates the gothic interior.

Fungi lovers of the world unite – in this lovely preserved patch of bushland nestled amongst suburbs of Sydney, you can check out all kinds of endangered fungi of Lane Cove Bushland Park.

Cortinarius archeri is a species of mushroom (although not endangered) that is often spotted in the park. It is native to Australia and has a purple slimy top. This mushroom could be very easily confused with a number of dangerously poisonous species — if you see it, it is not recommended to eat it.

Bright, attractive, and long-lasting pale purple blooms from Brisbane’s iconic Jacaranda trees. Jacarandas are actually native to Central and South America, but since 1864 were planted in Brisbane and have become a city favorite, enhancing the neighborhoods with purple.

The lilac-breasted roller is a vibrant-looking bird sporting around seven different colors. It is known for its lilac breast and spring green crown. These beautiful birds perch up high in the treetops and other high vantage points to spot their prey, which normally consists of scorpions, snails, rodents, insects, and lizards.

If you want to see this bird in the wild, chances are high if you are on safari in Tanzania. The birds are beautiful, but they can be very aggressive and are known to torment eagles and hawks that are twice their size. The bird’s flight is amazing, especially with the side-to-side rolling it does, which is where the name lilac-breasted roller comes from.

Hands down the most impressive railway station in Naples at 164 feet (50 meters) deep, is the award-winning and out-of-this-world Toledo station. It is off one of the main shopping streets and was designed by the Spanish firm of architect Oscar Tusquets Blanca.

It is themed around water and light with colors symbolic of the journey from land to sea. Right above the escalators, where the natural light is entering through a led-lightened tunnel, you can have a sneak peek up of Crater de luz, an impressive work by Robert Wilson.

On the first floor are the remains of Aragonese walls that cradled the area in medieval times and mosaics, one a very typical scene of Naples — a procession guided by St. Gennaro, the patron saint of the city.

A quarter of the world’s figs come from Turkey and one of the places known for producing the best tasting figs in the world is in the mountains of Izmir. Fig trees can be found in almost every fold of deep earth, mountain ravines, across the valley floor, and along the rivers. They are sold fresh along roadways and spill out of shop fronts, filling up the factories to be dried and exported all over the world.

Who could not love to be surrounded by the calm purple hues of a lavender field in Provence, France? The delicate fragrance fills the air, and they are close to charming villages and rolling vineyards, sunflower fields, and all that delicious French food. The best time to see the plants in bloom is from the last week of June to the beginning of August.

Often known as: “The Welcoming Hand of Singapore,” architect Moshie Safdie designed the Art Science museum to be similar to a lotus flower. There is an anchor through a round base in the center and the extensions are referred to as fingers — 10 in total. Each finger is a gallery space with the fingertips offering skylights that illuminate curved walls — a sustainable design plan that saves on lighting and electricity.

There are 21 gallery spaces with a total area of 7176 sq yards (6,000 square meters). Through its bowl-shaped roof, rainwater is channeled through the center down into the ponds below at the gallery’s ground level and then recycled for use in the museums’ toilets and bathrooms.

In many Christian traditions, Holy Week is regarded as one of the most sacred times in the church year. Antigua, Guatemala, begin their Easter procession at sunrise and the whole community gets involved. At the start of the procession, a man carries a container of incense, and a band with small flutes and horn follows, then heavy andas (floats) are carried by locals (men and women) who wear purple robes.