3 Powerful Witnesses: In China, There Is No Escape 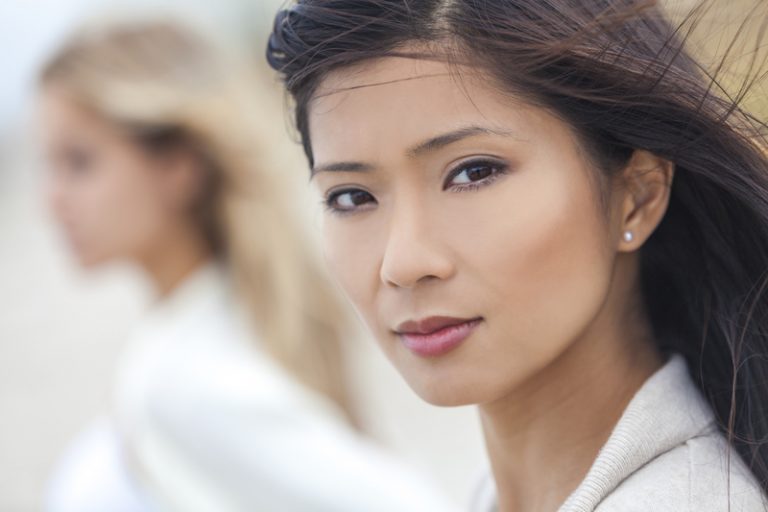 An attractive young widow lived next to where the examination was held. After a while, she tried to seduce the older brother, but he refused with stern words. (Image: Darren Baker via Dreamstime)

If I grew up in China and received a long-term brainwashing education, the consequences would be very serious. Many people are under the illusion:  If I stay silent, stay away from politics and stay away from the system, and keep a low profile, I can escape the atrocities, the terror, the lies, and keep myself safe.

Is this really true?  Keeping a distance from tyranny, turning a blind eye, and ignoring the pursuit of truth — is there any peace or blessing in this approach? One thing I do know for sure now, and I learned it the hard way: In China, there is no escape.

In China, all the land is owned by the government, and no matter where you go, you are just a passer-by on this land. The wealth, status, and privacy you think are yours are only phantoms in this land. They can be taken away at any time!

Three stories reveal the reality of life in Communist China

These three stories speak of the reality that is; no matter who you are, in China there is no escape.

The first story is about a friend whom I have known for many years.  She started her own business, but the company was acquired and she is now working in a state-owned enterprise.

Her only regret was not getting married, but she is open-minded and has a lot of friends. In recent years, she planned to retire early. Together with her friends, they bought a small manor in the suburbs of Beijing. Prior to the purchase, she repeatedly communicated with the local government to confirm the rightful owner of the property.

Over the years, her time, energy, and money have been spent on this future habitat. However, after a change of local government, they refused to recognize the previous owner’s contract and agreement, and overnight, this manor became an illegal building that had to be demolished.

Harsh lesson: In China, there is no escape

Due to the epidemic, she was out of the city and was not allowed to return home while the manor that she and her friends bought with their hard-earned money was turned into rubble.

She once taught me not to be angry with China and not to talk openly… every single volcanic ash falling on her head is an unbearable weight. I had no choice but to comfort her by saying: “At least, you are still safe.”

This cautious friend of mine finally realized there is no escape…

The second story is about an artist friend. His experience is a microcosm of the Chinese artistic community. People in control of the regime do not tolerate independent and artistic exploration.

The history of contemporary art in China is a history of demolition. From the Old Summer Palace, Songzhuan (“an art colony”), and Heiqiao (“with the largest cluster of artists’ studios”), all have been demolished and in the end, the artists have always been the losers.

My artist friend’s first studio was in Songzhuang. After the studio was demolished, he moved to the then-emerging Heiqiao Art District, which was also to be demolished after an unsuccessful struggle.

Finally, he moved to the Xinzhuang Culture and Arts Center. Every time the artists would move into a new barren village, they would spontaneously form an art village that was like a peach blossom garden at first, but when its popularity grew, troubles would always follow, one after another.

The words on a contract mean nothing

The contracts signed were for 10 or 20 years, and all can be deemed illegal at any time. When it comes to demolition, no one will look at the words in the contract. Of course, no matter how much these artists have contributed to the construction of the unnamed village, the infrastructure, water, and electricity connections… all have gone to waste.

On the way to visit my artist friend, I saw that a large number of rented and sold houses in the nearby villages had been forcibly demolished. The roads were cluttered with remains of daily necessities — tables with damaged legs, overturned sofas, kitchen wares scattered all over the place. because Beijing is rooting out the “low-end population.”

This artist friend of mine lamented on the Internet that many celebrities have been hosted in this studio, but it still could not escape the fate of demolition.

He finally understood that there is no escape…

3. Dream to change Chinese society destroyed in miles of red tape and fraud

The third story is about an entrepreneur friend who has the dream to change society through education. She is optimistic by nature. After having her own children, she pays great attention to education and believes that education is the starting point for changing Chinese society.

After surveying early childhood education institutions around the world, she and her partners invested all their money to set up a kindergarten that has “natural freedom” in this big city.  She managed to find an ideal venue, signed the lease, and paid several million yuan as rental in advance. She had been complacent and did not expect that this would be the beginning of her nightmare.

After renovation and decoration, it was discovered that the building could not pass the fire protection requirement because it was an illegal building, and the agent had given false documents during the signing of the contract. As a result, the project stalled, her team was disbanded and the money invested has gone down the drain. Her hair suddenly turned grey overnight.

Not long after, my friend was burdened by complaints from her family and partners and had to use up all her energy on the lawsuit against the authorities. Although it was a silly battle, my friend won the lawsuit after two years. However, the court refused to execute its order and her years of struggle were left with a verdict on paper only, confirming yet again that in China, there is no escape.

My friend said that she finally recognized the true reality of Chinese Communist society. She once thought that with feelings and actions, she could do something useful for society. This painful lesson made her wake up completely.

This judicial system is just ‘eyewash’

This judicial system is just an “eyewash.” There is no justice. The slogans on the wall and the justice written in the constitution are just “eyewash.”  If you believe it, you are too naïve.

They are, nevertheless, the epitome of the lives of many Chinese people who believe: “With forbearance, you can escape social injustice and persecution.” Only when the persecution and injustice fall on you will you wake up. In China, there is no escape…

In June of this year, people all over the world commemorated the innocent citizens and young students who were killed in the Tiananmen Square Massacre, and China was silent. To commemorate the second anniversary of the anti-extradition movement, the whole world is supporting Hong Kong in their fight for freedom and democracy, and China is silent…

“As a Chinese, I am ashamed of this silence.”

If you don’t erupt in silence, you will die in silence, because in China, there is no escape.