Are These the 10 Safest Countries to Be in if World War 3 Breaks Out? 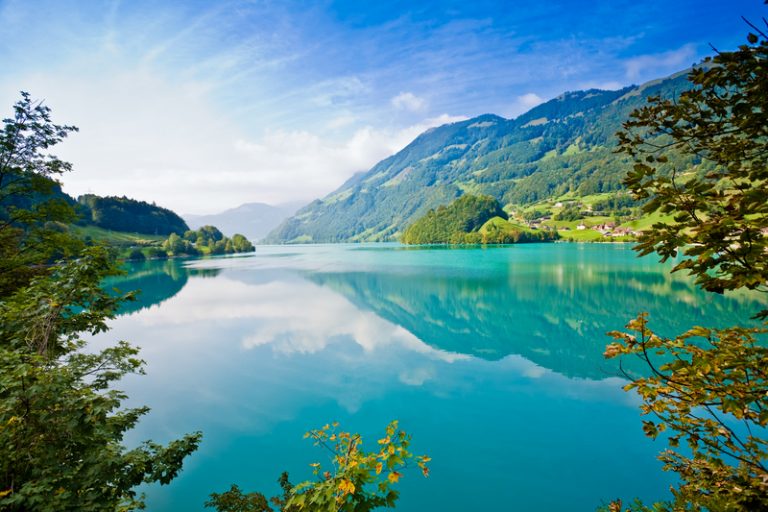 Where are the safest countries to live in the world? This question is probably something you don’t ponder on too much, but if World War 3 was to break out, where would you feel safe? Or, for that matter, how safe would you be in your home country or hometown if things turned hot and nuclear?

The below video offers a list of 10 countries that they suggest may have a good chance of surviving an apocalyptic nuclear war. While this is not the most cheery of subjects, if you currently live in any of the places listed, I rate you already as being pretty lucky — war or no war.

The 10 countries in the video are ranked. This makes the list a bit more contestable, especially with strategically important Malta at number 3. Malta for me would be on my list of places NOT to be in if there were to be a World War 3.

I’d visit there for sure on a holiday, but Malta is a small place that’s densely populated with over 400,000 people on 122 square miles of land. If you watch any TV prepper shows, you may already know that if you want to survive a near end of the world scenario, then the less competition you have fighting for resources, the better.

Here they are in descending order: the 10 safest countries in the world

Anyway, it’s all speculation, and hopefully, it’ll just remain that way. But check out the list below or in the video.

Despite being in the heart of Europe, picturesque Switzerland has long maintained its tradition of neutrality. Thanks in part to being surrounded by mountains, Switzerland has largely been able to keep to itself through Europe’s darkest moments. Its well-regulated population is well-armed, and they don’t rely so much on their government.

Haven’t heard of Tuvalu? I don’t think you’re alone in that, but if a war broke out, it would bypass this island nation where the 10,000 inhabitants can live in a self-sustainable fashion if need be. Tuvalu is situated halfway between Australia and Hawaii. It has more concerns about the effects of climate change and the possibility of rising sea levels than a war.

This is a great place made super famous thanks to the Lord of the Rings and Hobbit films, plus its rugby team the All Blacks. It is isolated, has good agricultural land, and is inhabited by a friendly bunch of people who are very capable of looking after themselves if the rest of the world went to war. New Zealand was ranked fourth in the 2015 global peace index.

Despite being wedged between India and China, Bhutan could see out a world war easily. It has had some border issues with communist-ruled China though. Protected by the Himalayan Mountains, Bhutan has historically been isolated, and it’s another place that could function without the need for the outside world and its conflicts. Just keep away Beijing! It has also been rated as one of the happiest places on Earth.

With its long coastline and friendly people, you don’t need to have a world war as a reason to move to Chile, which is one of South America’s most stable and prosperous nations. Having an abundance of fresh water and clean air also makes Chile a good place to be if the world goes to hell in a handbag. The country is also protected by the Andes mountain range.

As the name suggests, Iceland is cold, but it is inhabited by peace-loving Nords who are no threat to anyone. Subsequently, it has no standing army. The country has a population of 350,000 and is considered one of the most developed nations in the world. Iceland also runs entirely on renewable energy.

While Denmark wouldn’t fare so well in a world war, its autonomous territory known as Greenland would probably survive. Despite its name, Greenland is 80 percent ice. The population is just over 50,000 people, and sadly, the nation’s suicide rate is very high, but at least with them being between the North Atlantic and Arctic oceans, they’re so out of the way that a world war would probably pass them by, making Greenland one of the safest countries.

Well, I said my piece about Malta earlier, but the video goes on about it being an island fortress. Not sure if a fortress will protect anyone in this day and age, but I could be wrong. It did get heavily bombed by the Axis forces during World War 2 though,h but it managed to survive — just. Throughout history, it has been fought over a lot. I’d be avoiding Malta and the whole Mediterranean if there was another world war.

Proudly neutral, the Irish don’t have too many enemies these days, and they’re far enough away from Europe to not get themselves tangled up in a global war. Much of the rest of Europe will be in chaos or ruin, so the Irish will get along on their own and be self-sufficient in one of the world’s safest countries.

Fiji is great for a vacation, and if there was a worldwide conflict and the country could go about life as usual, that would be great, but it would face some challenges. Fiji’s economy is heavily reliant on tourism and sugar exports, both of which would pretty much dry up if a global war broke out. So there would be some adjusting to do and it would need to operate self-sufficiently. But considering it is rich in many natural resources, it should be able to do this.

The challenge is that the population is around 860,000 and 87 percent of them live on two major islands, Viti Levu and Vanua Levu, so if civil disobedience begins or increased tensions between ethnic Fijians and Indo-Fijians flare up, things might get somewhat fraught there. But would anyone waste their time dropping nukes anywhere near Fiji? Very doubtful. So this would make it one of the world’s safest countries if World War 3 broke out.

Well, is there any chance there will be a World War 3?